The protection system in Warhammer 40,000: Dawn of War III was significantly changed compared to previous installments. You can no longer hide units behind environmental obstacles to reduce the damage they receive. Instead, the developers have given players a system of heavy and stealth cover. 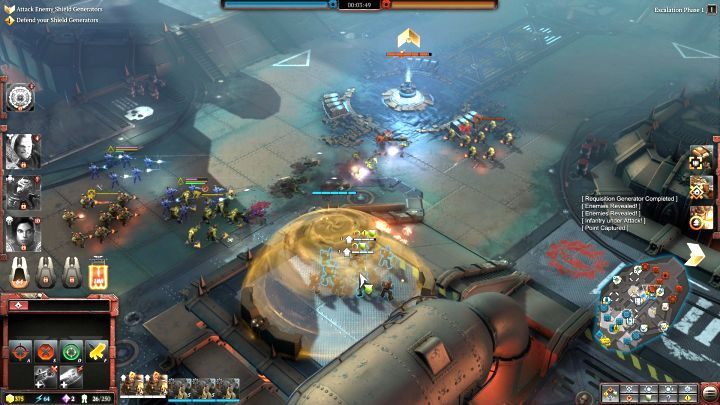 Units with heavy cover are resistant to most enemy attacks.

Heavy covers are specially selected points on the map. Upon entering them, you'll see a new progress bar on the screen - the same as when capturing resource points. When filled, a bubble appears around the units - it's a shield that absorbs most of the damage and the units inside it are safe. When the unit that created the cover leaves its range there is another progress bar that is systematically depleted. When the bar is empty, the shield will disappear and you will be able to re-capture the point.

Heavy covers do not give as much as the cover system featured in the previous installments (or games from the Company of Heroes series), however the one in Dawn of War III still offers a lot of possibilities. This is due to the fact that most of the heavy covers are placed in crucial locations - a number of important resource points, in strategic places of the map, and on the route of troops. 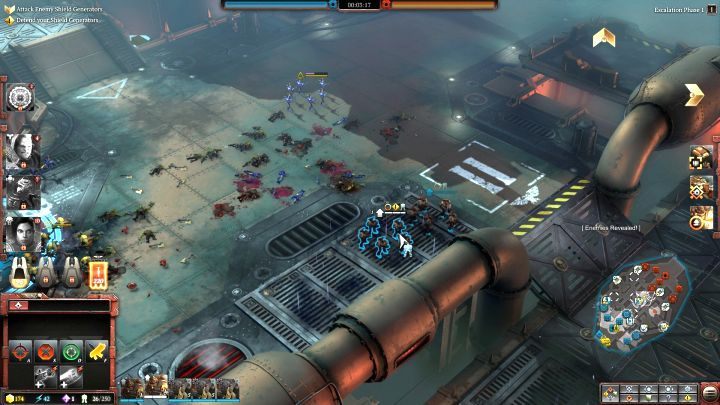 The troops in the stealth cover are invisible to the enemy.

The covers resemble bushes that can be found in the MOBA games, such as League of Legends or DOTA 2. Units that go inside become invisible to opponents who do not have their units under the same cover. This is perfect for preparing an ambush, as the enemy will pass them indifferently, or have to risk entering the cover and a sudden attack.

There are also several things associated with these covers, such as:

The stealth covers are best for ambushing and running. They often are on popular army routes, or even on resource points - in this second situation it can be useful to hide the Builder after he erected the Listening Post.