Elite units and the mechanic standing behind them is a complete novelty in the latest installment of the Warhammer 40,000: Dawn of War franchise. In the previous titles, the player had access to hero units. In Dawn of War III it's still here, but the mechanic changed severely. There are two reasons for that - the necessity to select which units you will be able to use before the match starts and the resources required to call them. 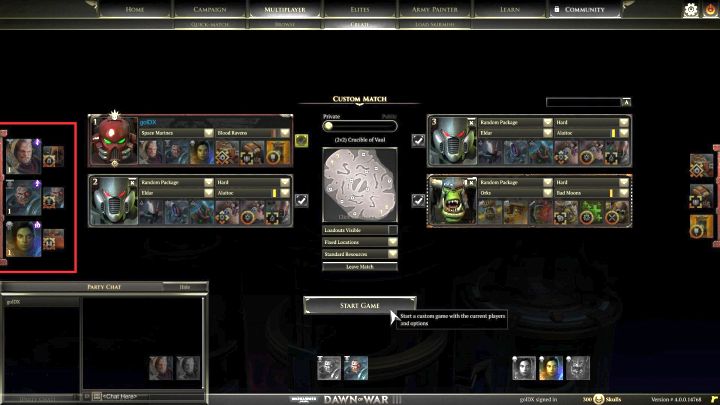 The currently selected elites are visible near the left side of the screen.

Elite units are divided into one of the five roles, such as:

What is more, in most cases elite units belong to more than a single group. Elites from the Tank group are often extremely good at Crowd Controlling, Assassins often have the capabilities of Nukers and so on.

The summoning process of an elite unit is trivial - you just need to click on the unit portrait located at the left corner of the screen (or press F1-F3 button) and select the place you want the elite to spawn at. However, before you can do that, you must first make sure that the elite unit will be available during the game. During the singleplayer campaign, the game will force you to use specific elite units, but in the multiplayer you will have full control over the units you want to have in your army. Each player can have up to 3 elite units in their roster. Those can be customized from the Elite Units menu (this can be accessed from the main menu of the game, by clicking the adequate button located at the top of the screen) or after you've joined the game. In the latter case, the currently selected elite units can be checked by looking at the left corner of the screen. By clicking their portraits you will be able to change the elite unit or customize it. 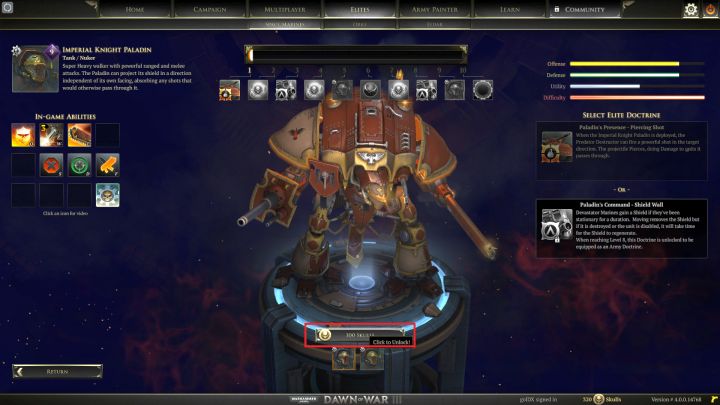 The second problem is the fact that you must unlock the unit before it can be used. By default, each player will have access to three elite units from each faction. One of them is a "leader" of the faction (the hero you will use during the campaign - Gabriel Angelos for Space Marines, Macha for Eldars and Gorgutz for Orks) and another one is the most expensive elite unit you can recruit, also being one of the strongest units in the entire game. There are additional elite units available for each faction. Some of them are simply enhanced versions of normal units you are able to recruit (like, for instance, a ranged Dreadnought), whereas the rest are unique characters, similar to heroes you can find in Warcraft III. Finally, new elite units can be unlocked by using Skulls, an in-game currency that's used for that purpose (as well as to unlock new doctrines). The amount of Skulls you have can be checked by looking at the bottom right corner of the screen (their acquisition method is discussed in a separate chapter). 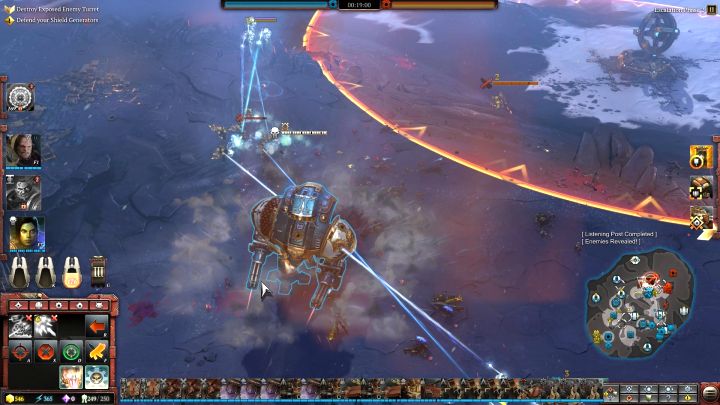 Once you've acquired enough elite points, you can summon the elite unit on the battlefield.

Once you've unlocked and selected elite units you want to use in combat, you need to get into the game and call them. However, it's not that simple - you will need a specific amount of elite points to be able to do that. The amount you already have, as well as the time needed to create more elite points can be checked by hovering over the purple icon in the lower left corner of the screen. By default, each player gains one elite point every 120 seconds. This amount can be increased by capturing and building an elite point generator on top of a resource point - this will decrease the time from 120 to 90 seconds.

Elite points are generated from the beginning of the game. If your unit requires, for instance, 3 points, you will be able to summon it after 360 seconds, when the game reaches 6th minute. The amount of points you will be able to accumulate is proportional to the length of the game. The longer it lasts, the more points you will be able to accumulate, allowing you to summon more powerful elite units. However, this works both ways - shorter matches won't allow you to summon very expensive units. Elite units should be selected differently for each match, depending on whether you're playing on a 1vs1, 2vs3 or 3vs3 map and you need to anticipate their length, at least to some extent. You shouldn't take the cheapest ones, because an enemy with stronger elite units will eventually be too strong for you to handle, but there's also no point to use the most expensive ones, requiring you to play over 50 minutes to accumulate enough elite points.

Follow those rules when it comes to unit selection:

Those values can differ slightly, as there's no rule. Generally speaking, however, you should stick to it, because in most cases, when the enemies aren't sitting in their bases or aren't overly aggressive, those matches should look like that. 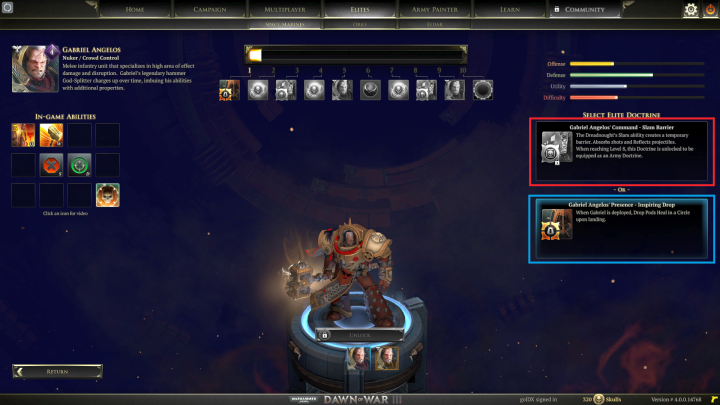 Command doctrine marked with red and presence doctrine with blue.

Finally, you should remember about the following: