Seventeenth and the last mission of the single player campaign, during which you will control three factions at the same time. However, you will not have access to their bases, but only to elite units - Gabriel Angelos, Macha, and Gorgutz. Your goal is to find and kill the demon.

Fight and Kill the Daemon 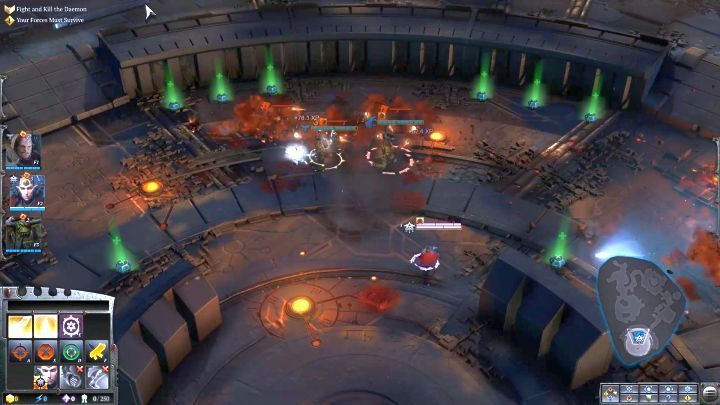 First, you have to fight with a large group of enemy units.

The mission begins in the arena, and you get at your disposal Gabriel Angelos, Masha, and Gorgutz, heroes of previous missions. You have to choose a slightly different approach during this mission because each of the heroes has their own strengths and weaknesses. Use Gabriel and Gorgutz to attract attention and limit the movement of the enemy, and leave Masha to quietly throw remote attacks and special skills at the enemy. 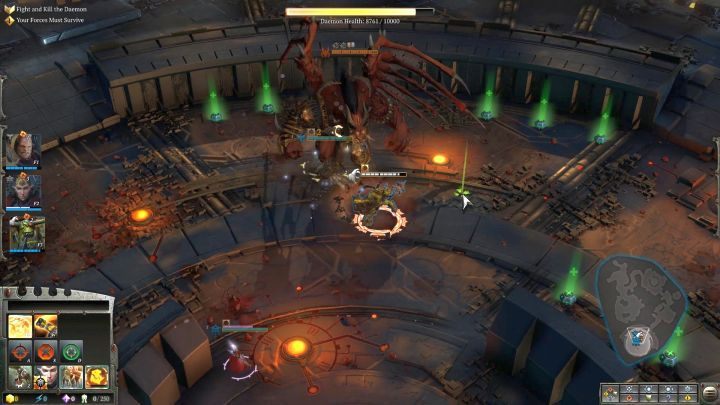 After a while Demon will appear - that is your main goal.

As you may have noticed, in the arena there are many first-aid kits - they will be useful soon. Some time after the mission starts, many chaos units will appear in the arena. Kill them all, and after a while the demon whom you have to kill will come to the Arena. Fighting the Demon here is quite simple - you need to bash the enemy, trying to focus his attention on Gorgutzie / Gabriel, not to attack Mach. Every once in a while, the enemy will leap and land elsewhere. When this happens, after landing he can take advantage of one of several abilities, such as:

Also, remember that all of these abilities can be stopped with one of the abilities of each character - Gabriel can stun, Gorgutz can force the enemy to attack him, and Macha can turn the enemy into Static state immobilizing him. When the enemy's health drops below 5,000 points, a cutscene activates during which the enemy will escape to the fountain in the center of the map to recover. 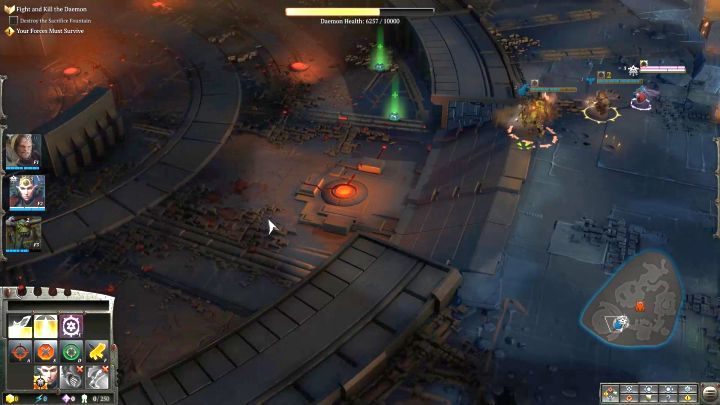 Heal your units whenever you have the opportunity.

When you regain control of the units, use the nearby first aid kits to restore their health. Then go along the only available path, eliminating enemies along the way. Also, be sure to regularly collect scattered first aid kits so that your units have the highest possible level of health. When you reach the Southeast corner of the map, the road will be blocked. 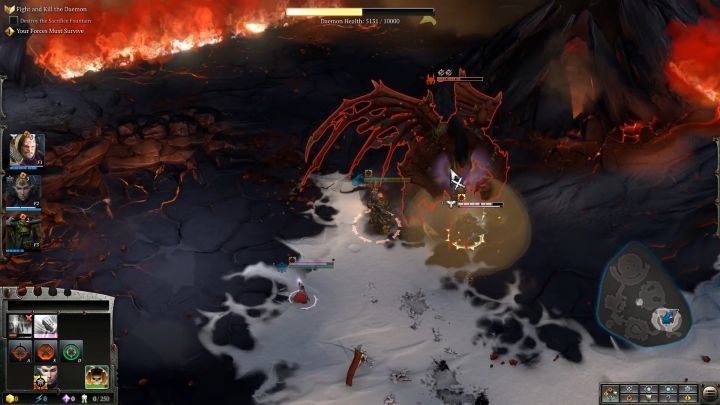 Another encounter with the demon.

Here, you have to face several waves of enemies - much stronger than before, so try not to allow them to hurt Macha. After killing a few of them, the Demon will return to the battlefield. Fighting with him is very similar to the previous encounter, the only difference is that he will jump all over the arena more often and try to injure your units using his special abilities. When you beat his health below 5,000 points, he will again run to the fountain - before you do this, make sure to cure units with first aid kits, as it will not be possible to return. 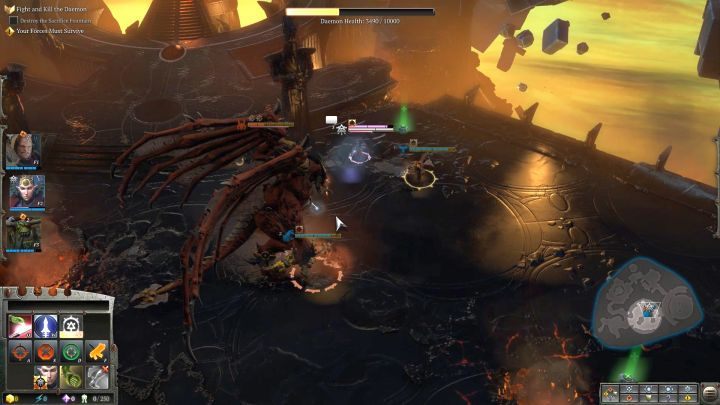 Fight in the final arena.

When the cutscene is over, your troops will be moved to a new location, towards the Demon that restores health at the fountain. Go to the marker to the demon flew away again, and then landed somewhere in the arena. Immediately launch an attack and drop his health at over 3,500 points. 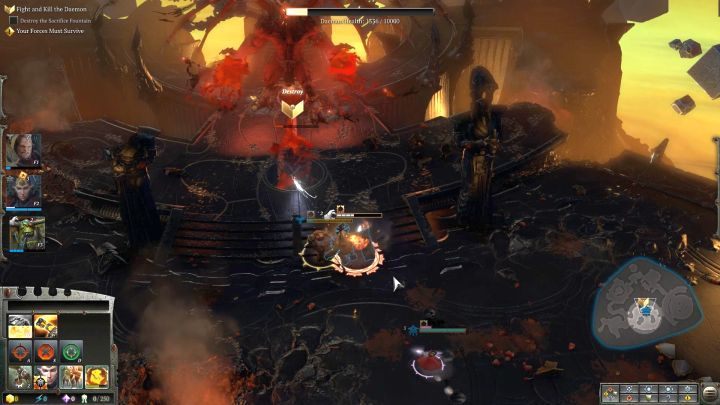 The fountain, reminiscent of a heart, almost destroyed.

When this happens, it will fly away again in the direction of the fountain to recover. Go there as soon as possible and start pounding an object resembling a heart. You will be able to smash more or less 1/3 of the fountain each time, after which it will disappear into the ground, and the demon will return to the arena, along with his minions. Don't forget to treat your own units while collecting the surrounding first aid kits. 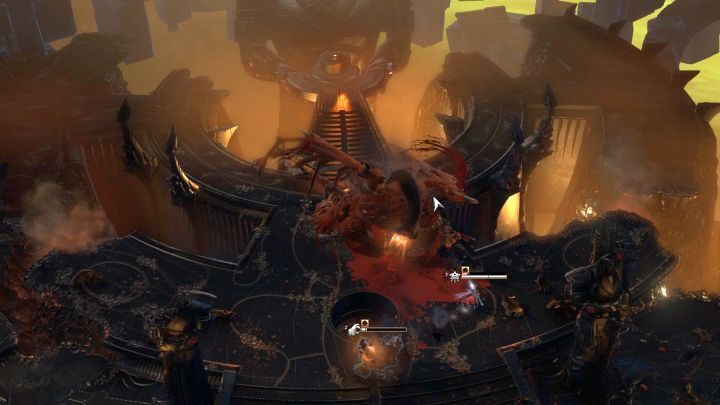 When you beat his health again, he will return near the fountain, and you can attack him again. Repeat the action until the fountain is finally destroyed. After that, just kill the Demon, which will initiate a series of cutscenes and end the campaign.