The fourteenth mission of a single player campaign during which you will direct fraction of Space Marines. You will fight here only with the forces of Eldar, and you will get to control probably the strongest unit in the game. 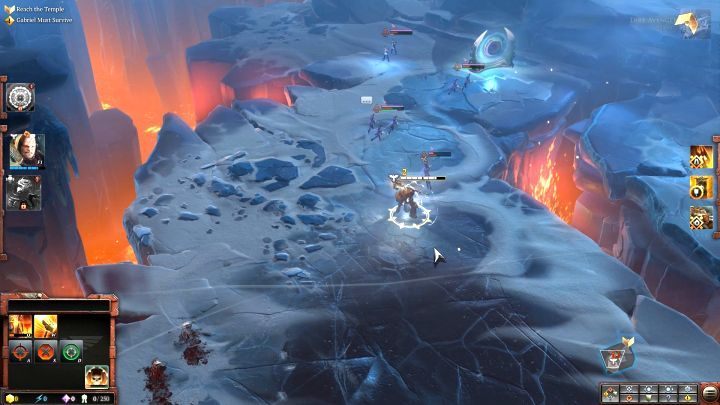 At the beginning of the mission you will lead only Gabriel Angelos.

At the beginning of the mission you will lead only Gabriel Angelos. Head North, killing the enemies, which after some time will run away through the portal. When this happens, jump onto the elevation, using one of Gabriel's abilities in order to continue the march. Eliminate the enemies who are there, collect the first aid kit and again, heading North, climb the hill. This activates a cutscene. 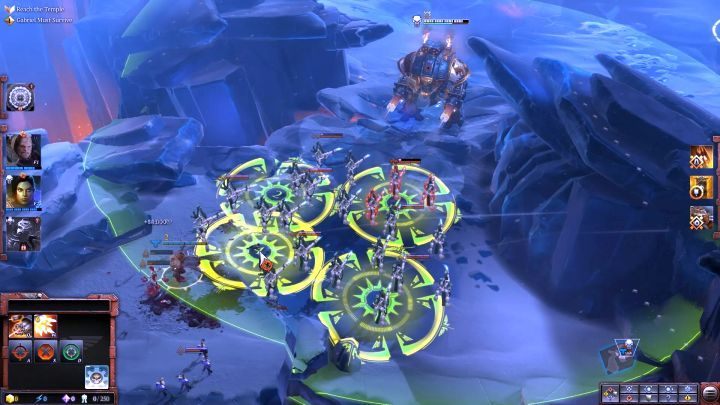 After the cutscene, your team will be joined by probably the strongest unit in the game, the Imperial Knight of Solaria. This elite unit is a giant robot that destroys enemies with two guns. What's more, you can also use two abilities - one that damages everyone within range of fire, the second allows you to launch missiles that deal massive damage after selecting 6 targets to attack.Once you regain control, select Solaria and use the aforementioned ability to quickly deal with opponents with missiles. Eventually, another cutscene and a new task are activated. 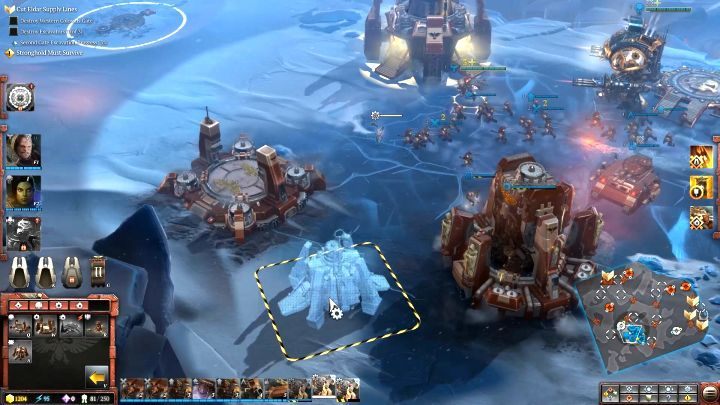 Start by expanding your base.

Then you will gain control over the Space Marines base and a few extra units. Train additional units, erect missing buildings, capture the second resource point, build generators, and, if possible, upgrade the main building. You need to complete this upgrade as soon as possible, as it will give you access to the Space Marines' special ability - Orbital Bombardment. After activation, the transmitter will drop to the ground, which will direct the orbital attack to the specified target, raising the enemy units in the affected area in the air and dealing them great damage. The beam can be controlled, however, the enemy can send troops in its direction to capture it - then it will no longer be possible to move the beam and it will not lift enemies, but will continue to deal the damage. This ability is great for protecting your base from random attacks from the North when your army is elsewhere. 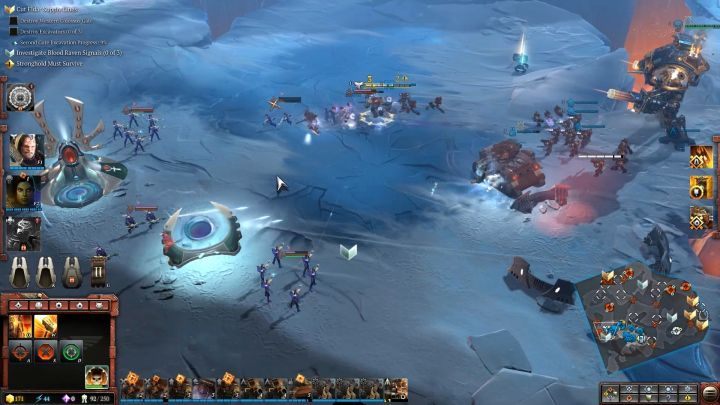 The first place where you can get a lot of resources.

At the same time you will get a new side quest that will require checking 3 places that transmit signals from the Blood Ravens - there you will find a fairly large number of resources, thus they're worth visiting (marked with silver markers on the map). First of all, head West to the first silver marker. Destroy the enemies and collect all the supplies scattered throughout the area. Then head North and capture the resource point. Over it, build a Listening post and generators. 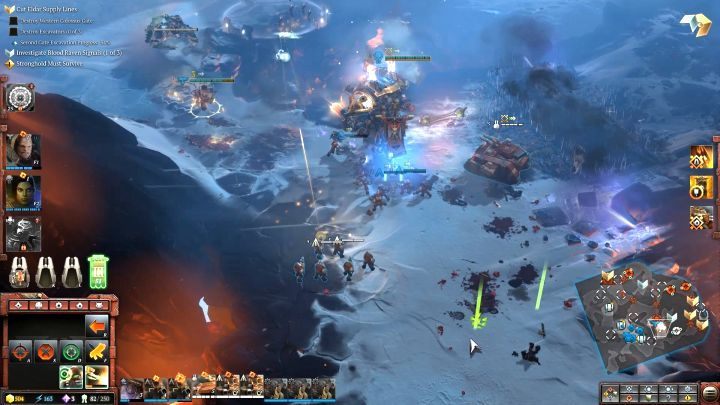 And here, in turn, the second place of this kind.

Return to base, recover lost troops, recruit new ones, and head East to the next silver marker associated with a side mission. Like before, kill the enemies and collect the supplies scattered in the vicinity and use them to train additional units. Now head North (return to base if your units were injured) to the last silver marker. Clear the area of enemies and raw materials. The side mission will be completed. 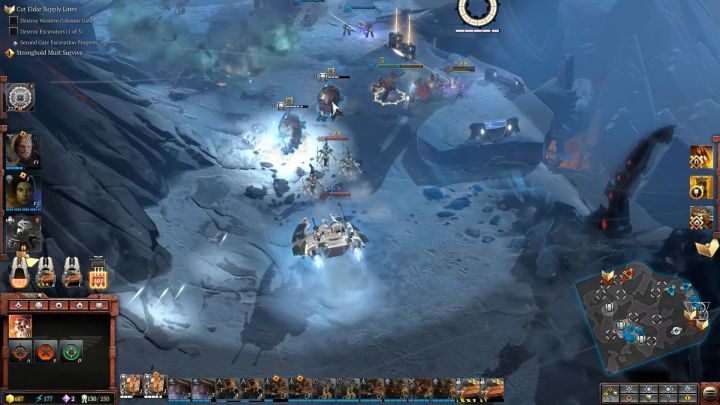 Part of the enemy fortifications that must be destroyed.

Now what remains to complete the main task is to destroy the enemy buildings. First, clear the buildings on the Eastern end of the map. When all this is done, return to base, heal your troops, and send them Northwest to destroy the remaining Eldar structures. Also remember to regularly use the collected resources to recruit new units and develop improvements. When you destroy specified buildings, the cutscene and the last task are activated. 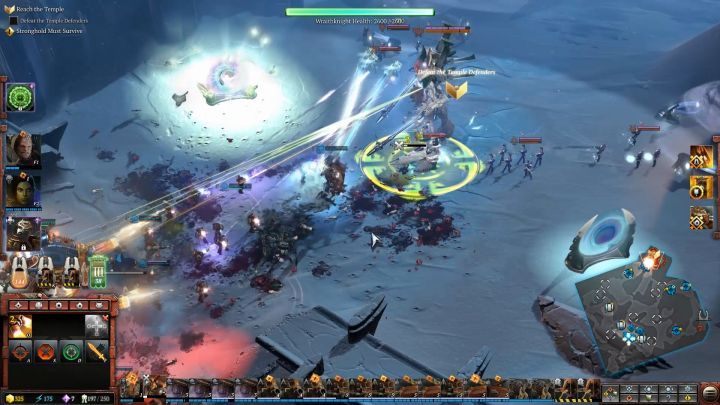 Solaria's projectiles must drain the majority of Wraithknight's health points.

Your last task - to get to the temple and kill the guards. It is necessary to go to the base in advance and restore strength, as you are up for quite an extensive battle. When you're ready, head for the marker. After getting through the enemy defenses, you will finally reach the temple. There, the main part of enemy forces are waiting for you, including the Wraithknight. Use Solaria's rocket launcher and shoot all the missiles at this particular enemy - it should take a significant part of his health. Kill the giant robot and deal with the remaining enemies, to complete the mission.