Twelfth mission in single player campaign, during which you will lead a faction of Space Marines. During this mission, you will fight exclusively with the forces of the Ork faction. 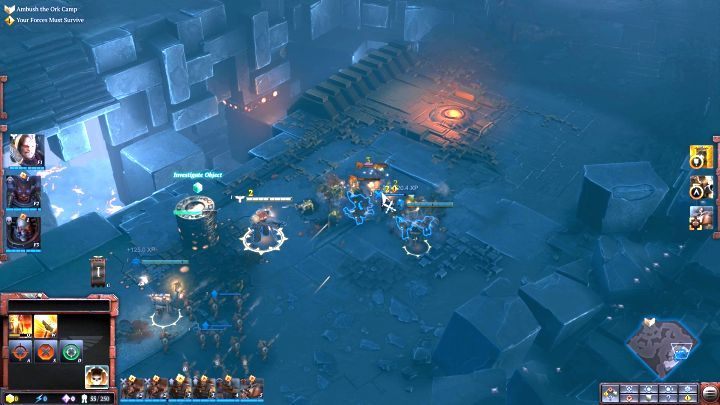 Interacting with stone columns will open the bridge to the other side.

Initially, you will control 3 elite units (Gabriel Angelos, Diomedes and Jonah), as well as two Tactical Marines, two Assault Marines as well as a Sniper and a Scout unit (one each). Your task is to ambush the Ork camp, that is, just attack the enemy. Go to the North, and the way will be blocked. Go along the only road available eliminating enemies on the way. Finally, you will reach the stone column - have Gabriel interact with it, which will open the bridge and allow him to go to the other side. 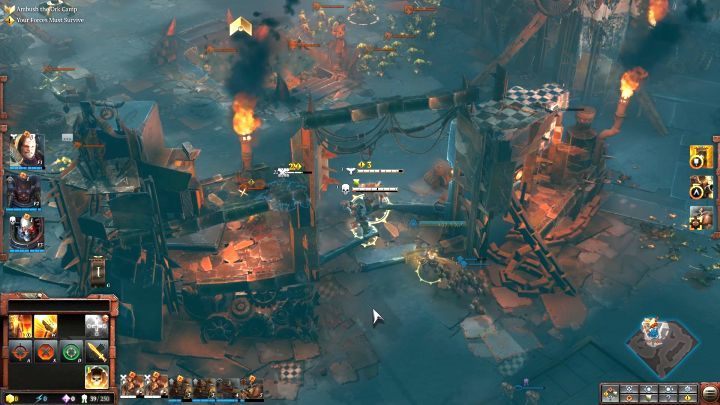 The enemy camp that must be destroyed.

Now go further towards the marker. Remember to use the abilities of your special elite units and collect first aid kits scattered in the vicinity - you cannot recruit or replenish units which makes them extremely valuable. Soon you will reach the specified Ork camp. Inside, there is a horde of enemies, but do not worry - your elite units alone are able to get rid of them. When you kill them, a short cutscene will start and you will get a new goal. 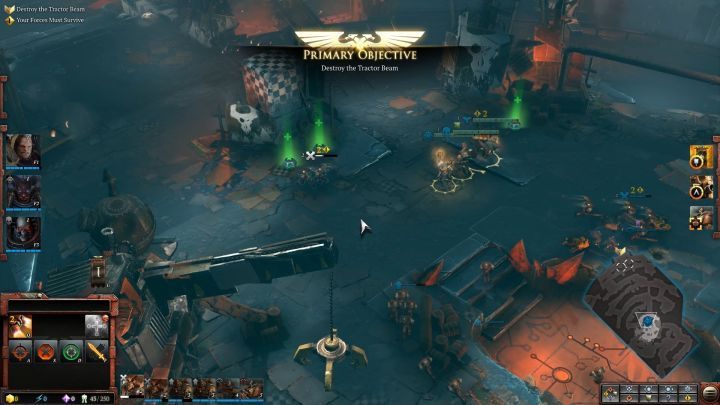 Use the first aid kit to heal the troops.

When you regain control over yor troops, you will be tasked to destroy the Ork device. However, before you do so, you will have to cross a large map full of enemies. Regenerate your units using the first-aid kits and dispatch them West. Here you will be joined by two new units: Tactical Marines and Dreadnoughts. Additionally, you will get a new task to find the auxiliary Space Marines forces. These are indicated on the map with silver markers - go there first because each visit will result in more units joining you. 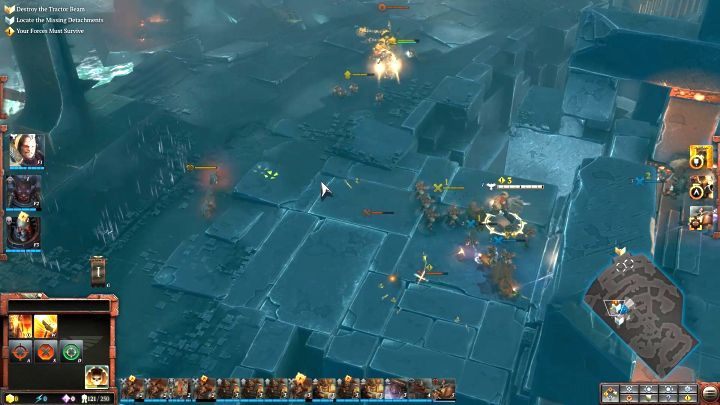 On the map you will find many Space Marines units who will join your army.

Therefore, focus on getting more units. Visit four locations marked with silver dots where you will find Space Marines units by Orks. Kill the enemies, and then units will join your army. Heal the injured units with the first-aid kit and repeat the operation with the three next locations. 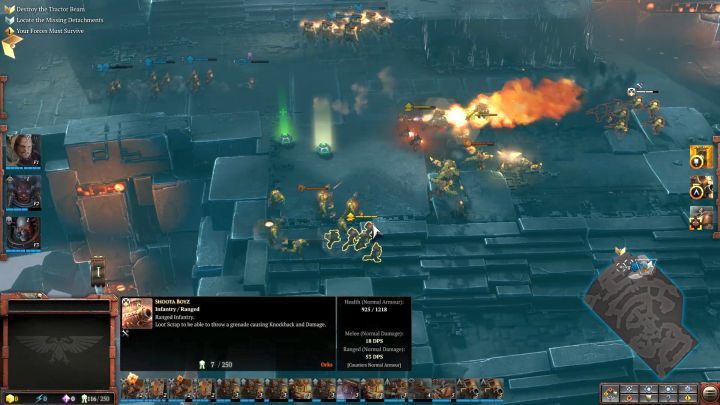 Last squad to save.

Now continue the march to the North, eliminating the enemy forces. After a while, two more side mission markers will appear on the map. Go there to get more units. Now go North again, and the last two locations of the Space Marines will become visible on the screen. Clear them, incorporate units into the army and again head North, towards the gold marker on the map. 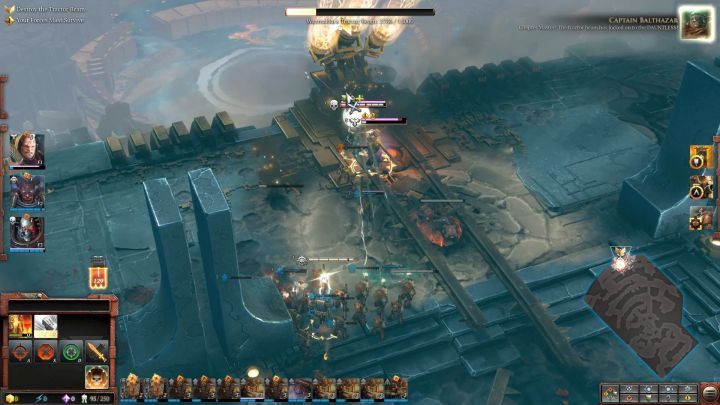 Try to destroy the device as soon as possible.

Once you get to the place, you will finally be able to launch an attack on the device. First of all - kill the closest enemies to clear your way to the cannon. After you get rid of them, focus the majority of units on the Ork device. Do not even try to fight the Ork forces, because their units will appear here indefinitely. Try to destroy the device as quickly as possible to initiate the cutscene and receive a new task. 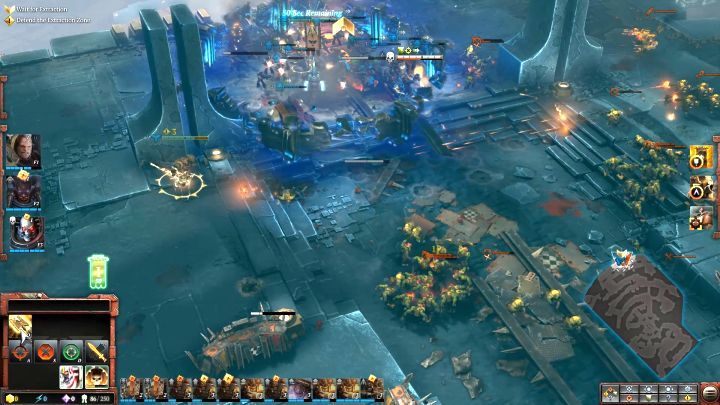 You only have to hold through the Ork attack.

Now you just need to hold the position until the extraction. Enemies will attack from all sides - that's why it was important to capture all additional forces. Use the nearby first aid kits to cure the most damaged units, and then position all of them near the extraction site. Remember that you can use the Plant the Standard ability to send a flag to the ground, which will strengthen your units. In addition, Jonah's presence creates a barrier around the flag that will protect the people inside from enemy attacks. Survive the enemy attack until the counter reaches 0 and the cutscene ending the mission is initiated.