The tenth mission of the single player campaign, during which you will lead a faction of Orks. This is a direct continuation of the story from the previous, ninth mission. You will fight here with the forces of the Eldar. 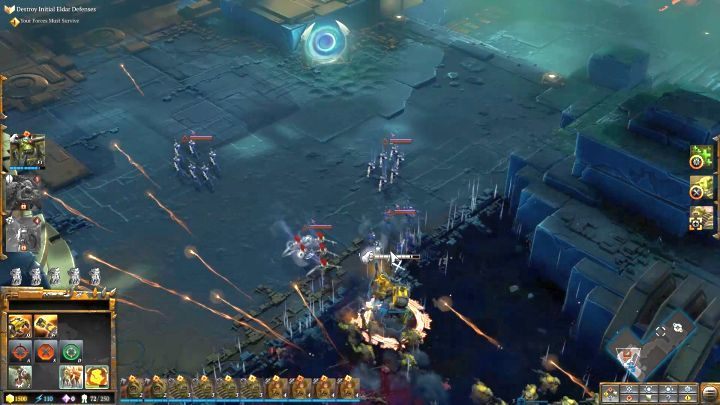 The beginning of the 10 missions of the campaign.

The mission begins with a fight, but do not worry, because you have a significant advantage over the enemy. You get to command Gorgutz, 2 Boyz Units, 4 Shootaz squadd, and 4 Tankbustaz Units. Direct all units to the nearest Eldar base. Now you need to move towards the markers, eliminating all enemy forces on your way and destroying enemy buildings. As soon as you destroy the last fortifications, a short cutscene will begin. 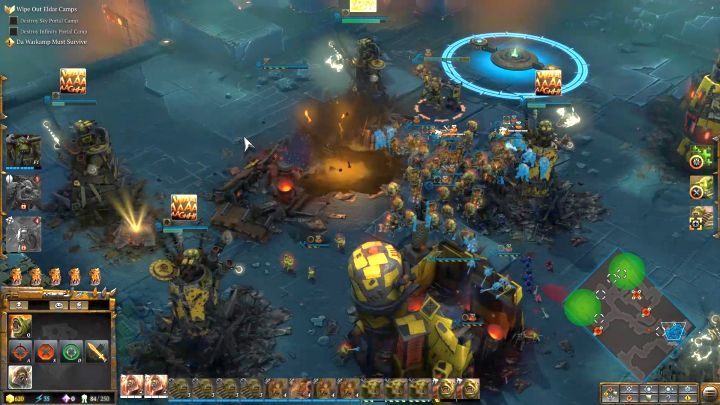 Build all the buildings of Orks.

After regaining control, you will realize that you now have the opportunity to expand the base. Do this by erecting all the buildings and building 5 Waaagh! Towers. Train additional troops (best ones that specialize in close combat) like Boyz or Nobz. Try to equip as many units with scrap as possible. When you're ready, it's time to attack. Try also to constantly train new units, however leave them at the base - they will protect it from enemy attacks. 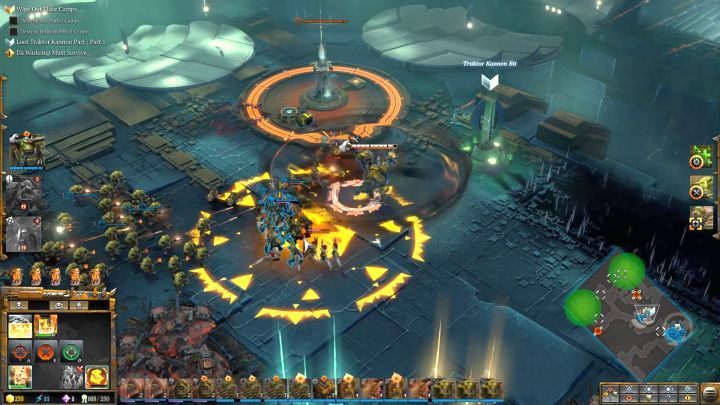 The first stage of the side mission.

First of all, head to the nearest resource point. When you get there, you get new side quests that will need to collect several things. Items to collect can by found by the enemy buildings - you can't miss them. When you find them, have Gorgutz interact with them. Collect the items, capture the resource point and collect resources that are South of it. Also use the surrounding scrap to recruit additional units such as Killa Kans. 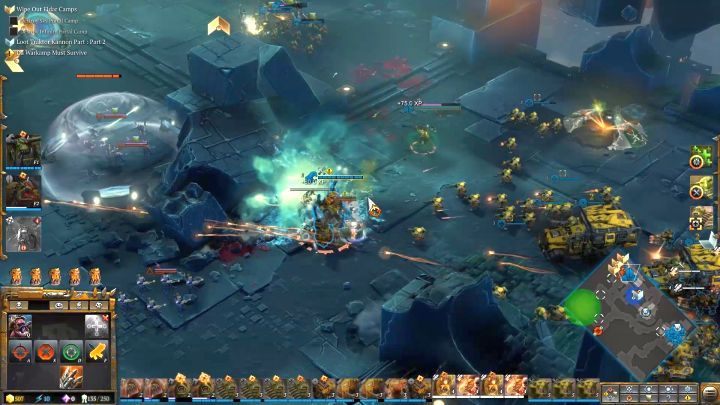 Now head North, keeping to the right side of the map. Ignore the resource point at the moment. In the Northern corner of the map you will find one of the two enemy camps to be destroyed. It is well guarded, but your army should easily cope with the enemy troops. Kill the soldiers and destroy all the buildings and one of the goals will be completed. Use scrap to recruit additional troops. 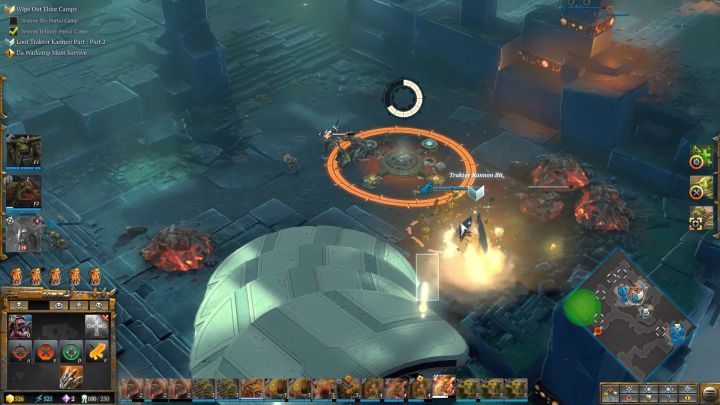 The second and last part of the side mission.

Head South to the previously ignored resource point. Capture and build over it, collect nearby resources, use scrap, and collect another part for a side mission. Now it is necessary to return to the base to train additional troops and, above all, to use the scrap metal that will be lying there. Remember also to improve the units. 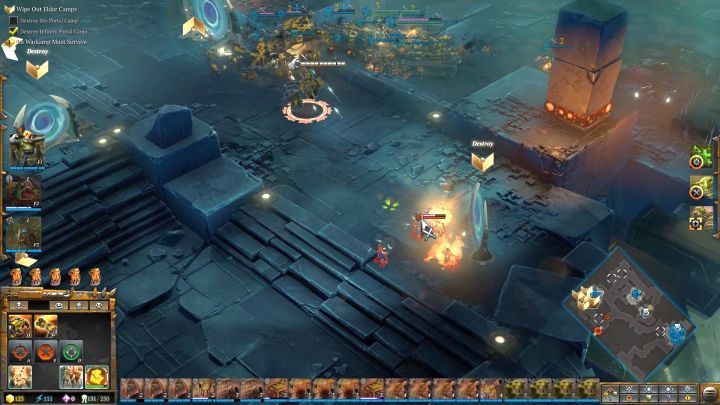 When you're ready, go to the Western corner of the map, where the other enemy camp is located. At the moment, your army should be large enough to smash enemies who are there. Kill the enemies and destroy all the buildings, which will update the current quest and activate its next stage. Gather nearby resources and head to the last resource point you'll find in the South.

Your last goal in this mission is to deal with the rest of the Eldar troops, which you will find in the North-Eastert part of the map. Before you go there, go back to the base to restore strength and train new troops. Send troops to the specified location where you will find a large enemy army. 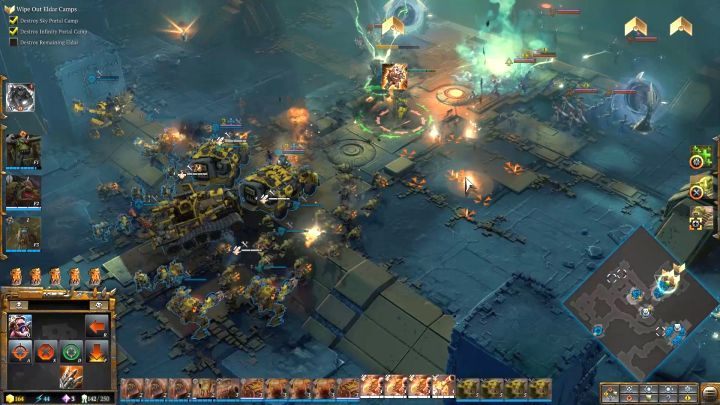 At the end of the mission you will be able to use super abilities of Orks, Roks.

Upon getting there, you will get access to Roks' special abilities. Upon activation, an object will appear in the specified location around which the nearby enemies will be attacked. The damage radius increases and when it reaches the maximum (which is indicated by the bar underneath), a huge rock will fall on that area dealing enormous damage to all enemies. Moreover, the transmitter summoned by the ability can be picked up. For example, send Gorgutz to get it. After a few seconds he will be moving it. It can thus be taken to the center of the enemy army to get rid of it. Now finish off enemy forces and destroy the specified building, and the mission is over.