The eighth mission of the single player campaign, during which you will lead a faction of space Marines. During the mission, you will only have access to elite faction units - Gabriel Angelos, Terminators, and Diomedes. It is a very good mission to get a huge amount of experience points for the mentioned elite units. 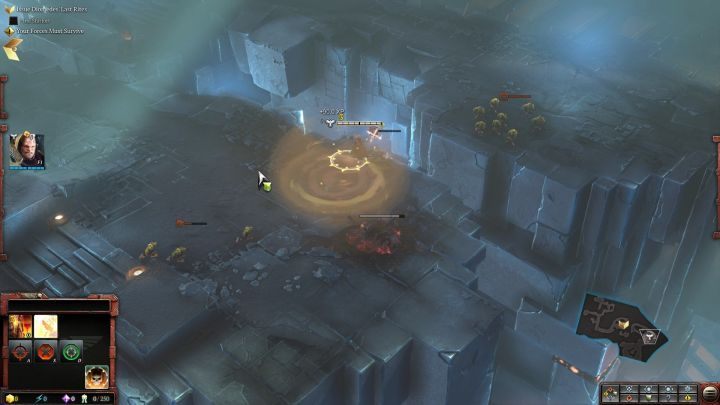 At the beginning of the mission you will fight with small enemy squads.

At the beginning of the mission you will take control of Gabriel Angelos. Send it to the marker where you will encounter a group of Orcs. Kill them all and then use your special abilities to jump to the Shootaz located on the other side. From here, move towards the next marker, eliminating all the enemies you meet on the way. Remember also to collect first aid kits scattered everywhere and heal Gabriel. 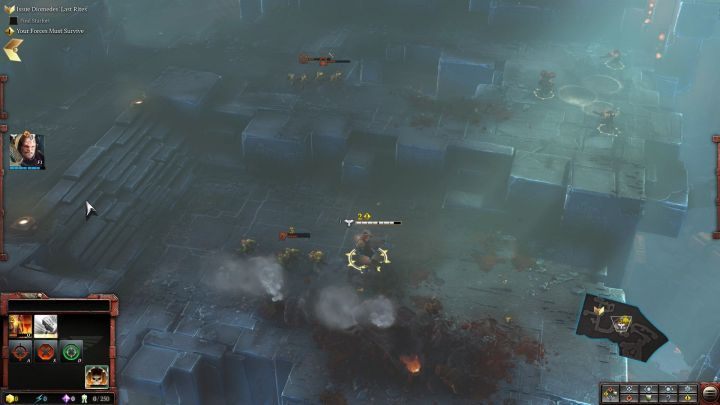 A squad of Terminators appears on the battlefield.

When you jump to a lower area, a squad of Terminators will appear on the battlefield, which will soon be under your control. This is an elite squad of Space Marines, which specializes in long-range combat, however, perfectly copes in close combat. They can Teleport that allows them to move anywhere within range. They can also use a rocket launcher. This second ability has charges that the Terminators acquire in battle - when dealing or receiving damage. Each charge allows them to launch more missiles. Destroy enemies and send both elite units to the marker on the map. 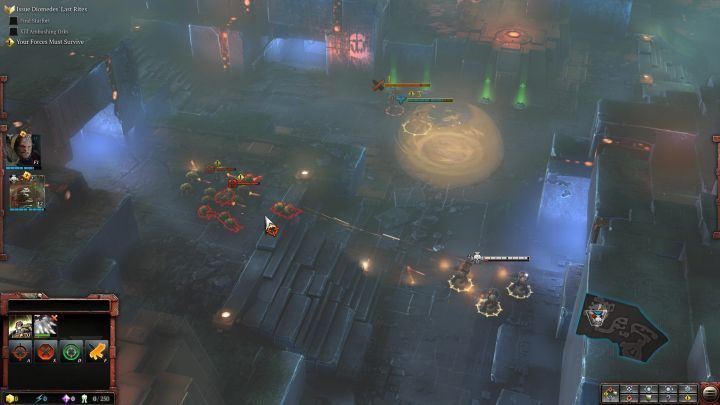 Your units will be ambushed, but will not retreat - it's not a challenge. Send Gabriel to fight with the hostile troops and block their movement. Dispatch Terminators to deal with the Shootaz on the left. After some time, several more enemy units will join the battle - use first aid kits to restore Gabriel's health and Terminator's rocket launchers to destroy clusters of enemies. Also remember about their Teleportation - when the enemy is too close, you can simply move them to a remote place. When the ambush comes to an end, head for the marker to initiate the cutscene. 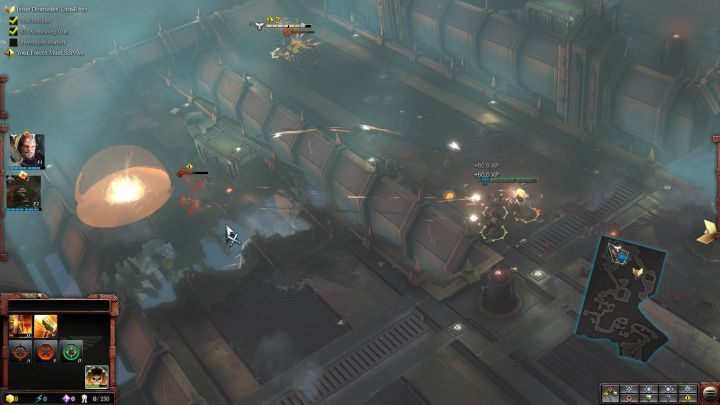 Terminator's rocket launchers, are perfect for destroying crowds of enemies.

After regaining control over your units, you just need to move towards the next markers, eliminating the Orcs and studying the indicated locations on your way. This is not complicated at all, and the enemies will not have much of a chance with your units. Just remember to regularly heal with the help of the ubiquitous first aid kit. 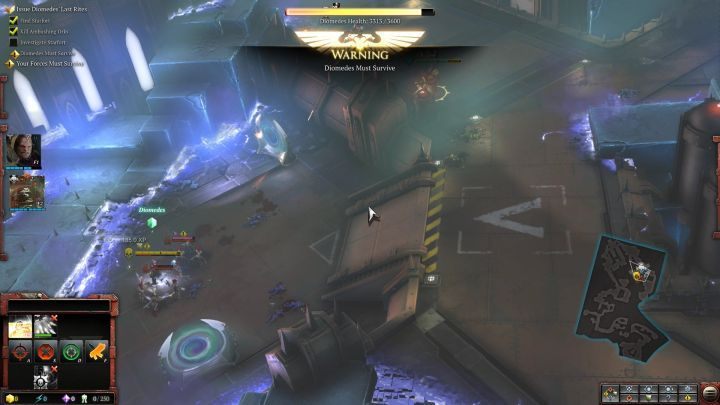 When you reach the last marker on the map, you will find Diomedes himself. He is being attacked by an Eldar unit. Kill them all and destroy their buildings. After some time Diomedes will join your squad. It's an elite support / tank unit - it deals significant melee damage, is sturdy, and its special ability strengthens nearby troops. Now you also get a new mission.

Deal with the Eldar Problem 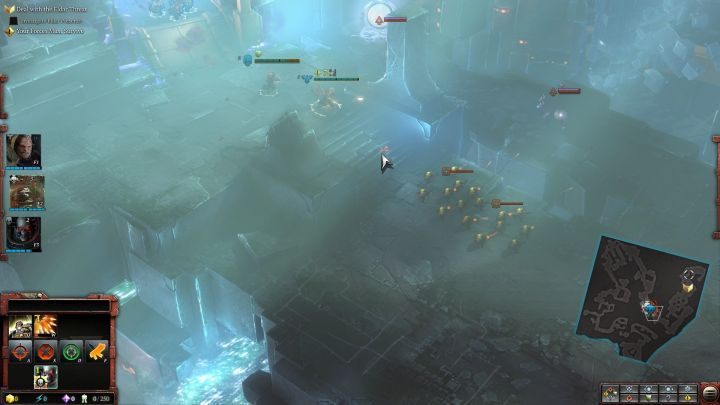 Now you will fight with Orks and Eldars.

Your goal is to get to the point indicated on the map, eliminating the Eldar troops on the way. Along the way you will also encounter many Ork troops that will fight the Eldars - use confusion and engage in battle, eliminating both groups of enemies. 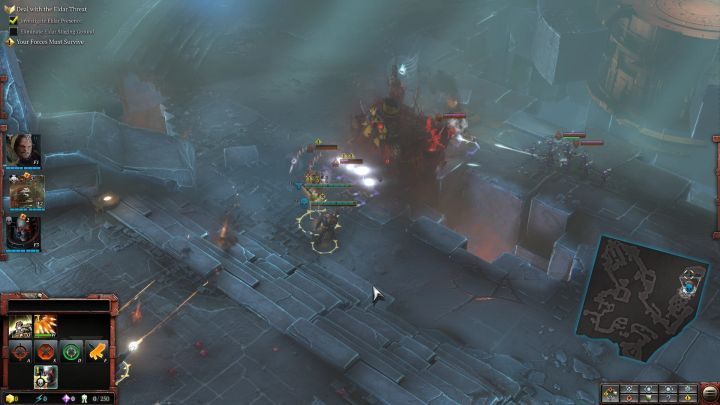 The mission is gradually coming to an end.

Not far from this point you will find a giant group of Eldars fighting a similar in size army of Orks. Wait a while for the Eldars to change position and then follow them. At the moment a group of Eldar units should be much smaller, so kill all the enemies including Orks and proceed towards the marker. Now you just need to knock out all the enemies in the upper right corner of the map - when you do this, the cutscene will start and the mission is over.