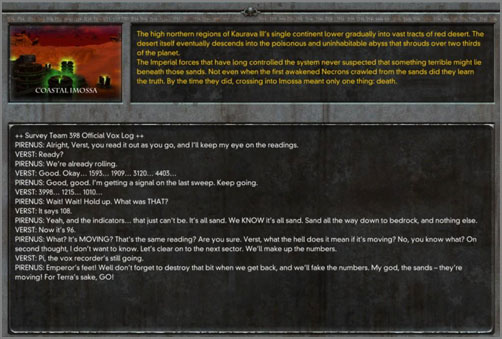 Necron capital, there is no scenario in this battle, typical annihilation.

You can also destroy summoning core, it will make necron forces less mobile (they will have no possibility to jump around the battlefield from one structure to another), destroy power generators in the middle.

It's a mission with a time limit. Every few minutes Monoliths will be upgraded. When they reach the third upgrade, they will move from their original positions and attack your base. When all four of them attack your base at once (with all the remaining Necron forces) they are almost unstoppable.

To prevent the Monoliths from upgrading you should capture and hold four strategic points to cut the energy transmitted from generators to the Monoliths.

So you should be quick about capturing at least two of these points (and destroying the Monoliths connected to them if possible to avoid recapturing by Necron forces). 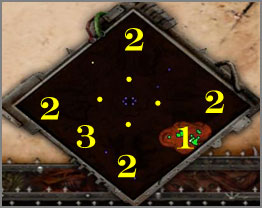