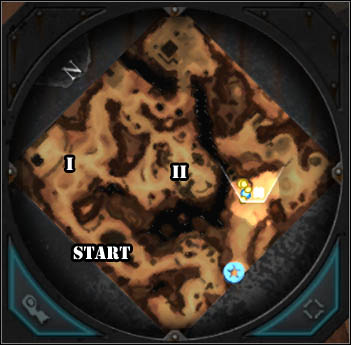 Prepare for a fight from the very start. Dispatch the nearby Orcs and head north, to meat another group. Deal with them and chase Mek Badzappa - he has to die (for his name if nothing else). 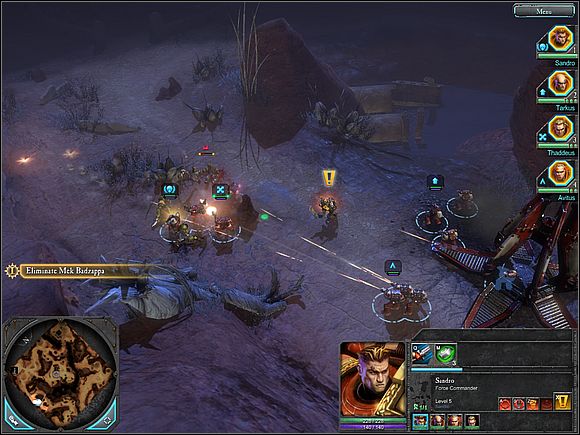 During the chase head north west. You will encounter a few groups of Orcs which shouldn't be much of a problem using Thaddeuses jump attack. You will reach a spot where humans prepare to defend against Orcs. Slay the nearby Orcs and prepare to defend the outpost. You will be granted three turrets - place them in spots suggested by the game. 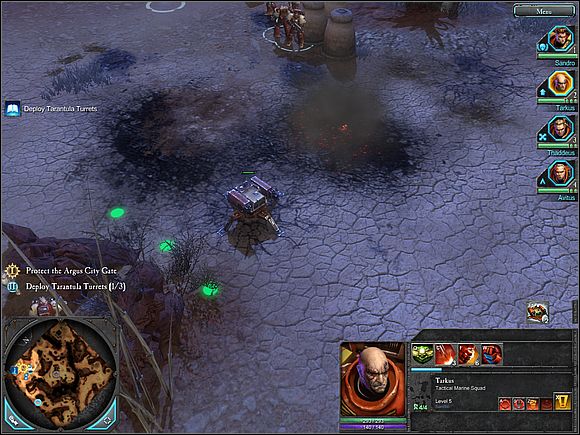 Order Avitus and your hero to watch the path in the northern part of the map and send Thaddeus and Tarkus to defend the southern passage. After dealing with the incoming Orcs Mek Badzappa will appear.

Orc commander can generate a forcefield around himself which makes him invulnerable to attacks. He also can send waves that stun soldiers around him. When you'll drop him below 50% he will start creating earthquakes - time to keep him on a distance.

If Thaddeuses squad has the ability to pin down enemies using jump you can try and jump on Badzappa. This will prevent him from fighting for a while eating lead you serve him. Be sure to use explosives. 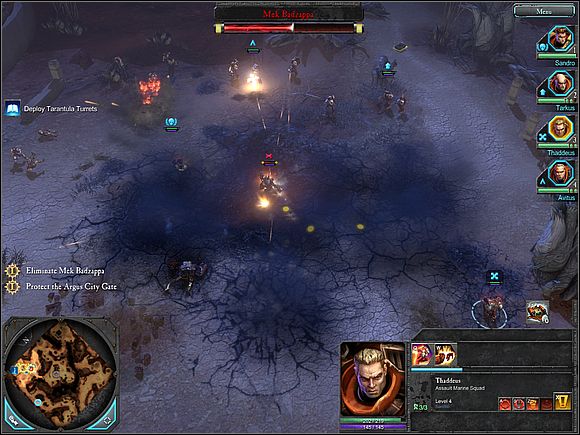 After Badzappa's gone. Send your squad to the center of the map and deal with the enemies standing in your way. And secure the communications array near the entrance to the village. 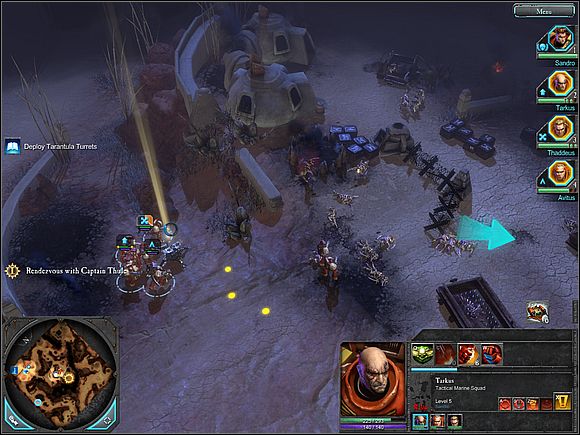 Hide Avitus and Tarkus behind cover (near the array) so that they can shoot at the xenos from safety. Send Thaddeus and your main character to captain Thule. This will spawn one of the mightiest xenos to appear. Despite your efforts he will manage to severely wound the captain. Shoot the alien and approach the dying Thule. You can now watch the bombardment turning both xenos and the village to dust. 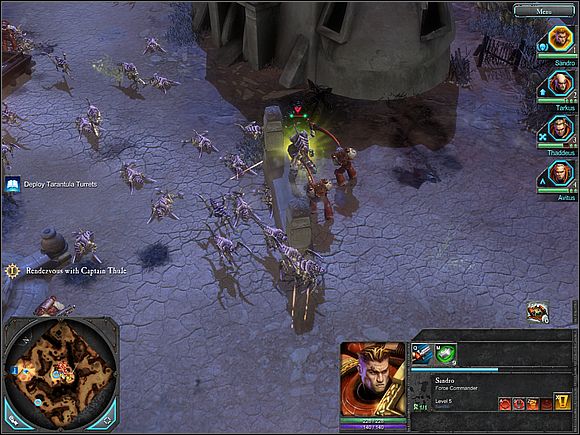