From time to time you will be forced to defend certain strategic point - a chapel, communications array or automated forge.

The best picks for this kinds of missions are Tarkus, Thaddeus and Avitus. Later in game you can replace Tarkus with Dreadnought. Cyrus becomes completely useless.

What kinds of weapons should I use?

Be sure to have the Tarantula turrets available, as well as grenades. If you have rocket launchers you can also take one along one of them (if you're planning on taking Dreadnought be sure to take the repair kit).

You will be attacked by waves of enemies, but before the first one arrives set up the turrets (both the ones you take along and the one you're granted for the mission). You need to place them in such a way that they can protect all paths leading to the building you're defending - there are usually two or three ways to get to you. Also be sure to place one near your building in case the enemy gets behind your lines using teleportation or jetpacks.

The image below presents the basic defense strategy with turrets marked red and land mines yellow. 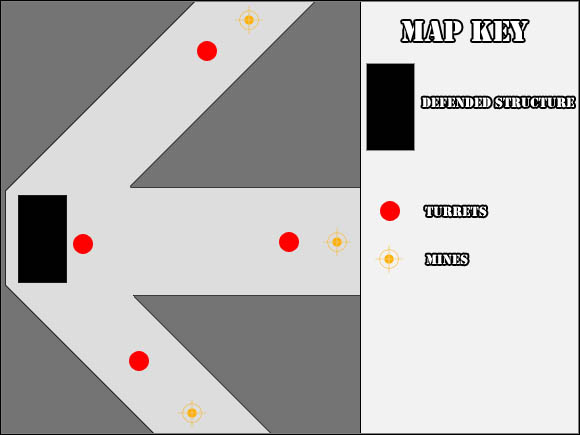 Each time an attack begins an arrow appears showing you the direction from which to expect the attack. Set Avitus so he can pin down the enemies and wipe them out using grenades or Thaddeus' jump attack. Repeat that for every incoming wave. 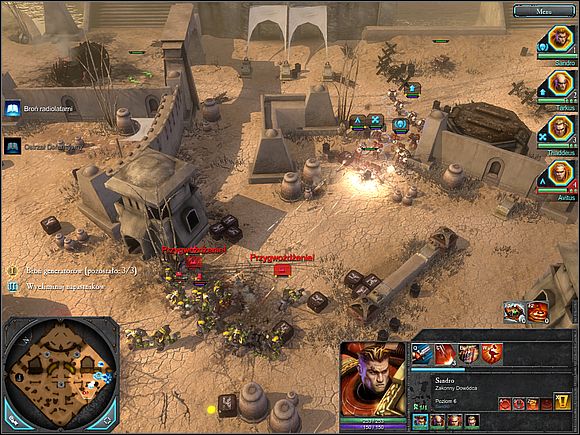 The last enemy to appear is always a vehicle or some monstrous creature - that's where the grenades and rocket launcher come in handy. Do your best to feed your enemy led. 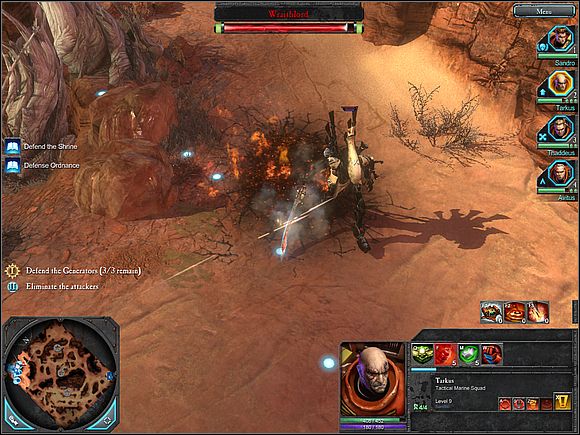