Warhammer 40,000: Dawn of War 2 campaign consists of a large number of short missions that are quite similar to each other. This section is set to cover it as a whole.

Your missions are divided into three main groups. The most important ones (and the rarest ones) are those which move the story forward. These are also the most interesting and diverse missions offering you objectives like recon, sample collection or demolition of structures. Both maps and walkthroughs for these missions can be found in the section tagged Main Storyline.

Apart from the main plot the game will offer you defensive missions where your objective is to secure a certain point. These are very schematic and all can be completed in pretty much the same way. In order to learn how to deal with these missions check the section tagged Defense Missions.

The most common missions are the assassinations. The idea behind those is to get to the local commander of the opposing fraction and terminate him. The main difficulty of those missions is that that commanders have access to special attacks and are quite resilient - you can consider them a kind of a Boss. Each of those commanders requires an appropriate tactics: in order to know how to fight them check the Assassination section. If you don't know how to deal with infantry or vehicles have a look at the Counter infantry tactics and Counter vehicle tactics sections.

The missions you get assigned take place on various planets - Calderis, Meridian, Typhoon Primaris, etc. Before embarking on a mission you can examine the surface of the planet and choose what to do next. The screen below shows a planet with four sectors three of which offer you a mission. 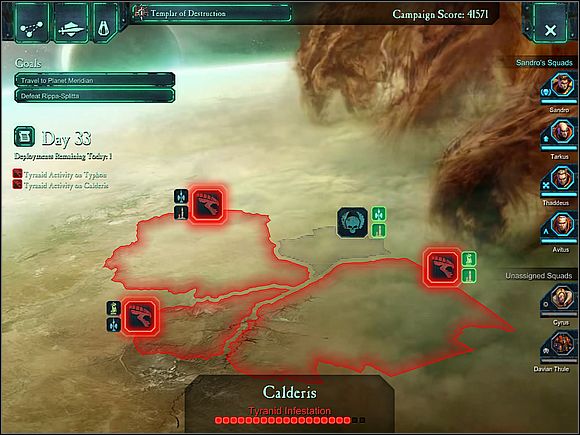 You also have the option of traveling between planets. The space screen allows you interplanetary travel. 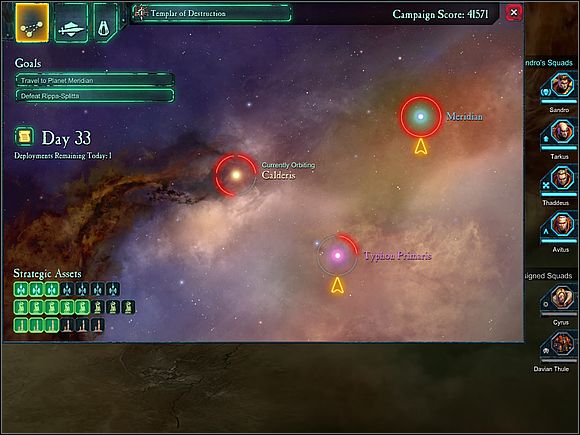 Each mission you take part in takes a certain amount of time. Many missions (all of the defense missions and many assassinations) have a time limit - if you won't manage to complete it within the limit you will suffer consequences (those include losing an important structure or Tyranid spread).

Completing a mission usually takes a day. The exceptions from that rule are situation when you do exceptionally well - you will be able to complete one or two additional missions during the same day. 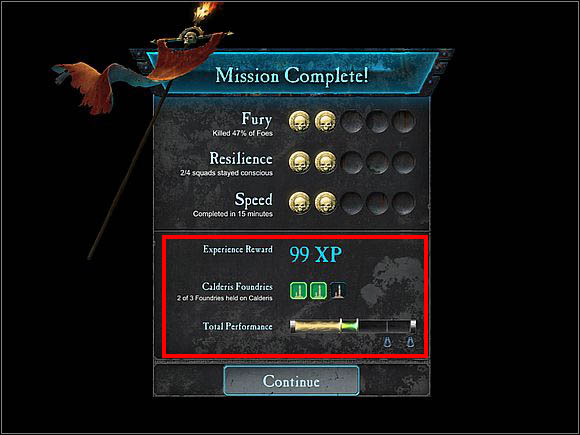 What is the deal with Tyranid spread?

After few campaign mission a Tyranid spread meter will appear on the planet view screen. This meter fills up when you take no actions against the Tyranids and empties when you fight them. There are no consequences of filling the meter other than greater number of Tyranids, however when it's almost empty completing the missions is a bit easier as Tyranids start to fight among themselves.