The Horde reaches unknown islands in the middle of the Great Sea. Now you must use the knowledge obtained during the two previous missions. Build a base on your own and lead the Orcs to victory against the Kul Tiras sailors by destroying their outpost. 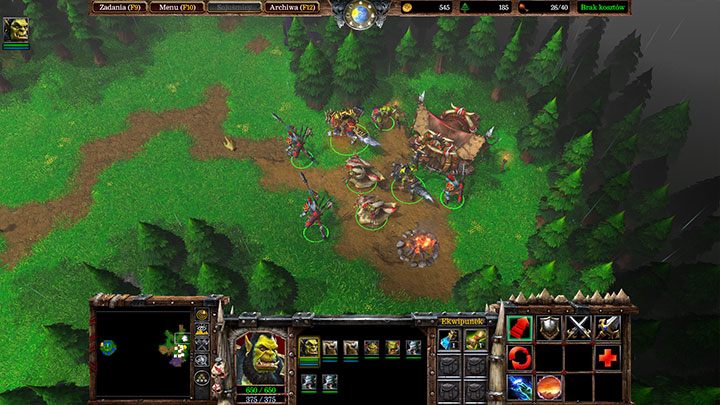 You'll encounter some Trolls near your base who want to join your forces.

The first stage of this mission is the expansion of the work force - you have to train many Peons. Ultimately, assign 5 Peons to gold gathering from the mine and another 5 to wood gathering. If you want to construct a building, then use a Peon working near the War Mill. You need a continuous inflow of gold in this mission to train additional Grunts and Raiders. The latter is a new army unit. Theoretically, it is a Grunt fighting on a wolf's back, but it has a siege type of attack. As a result, it deals much more damage to the enemy's buildings than common Grunt. 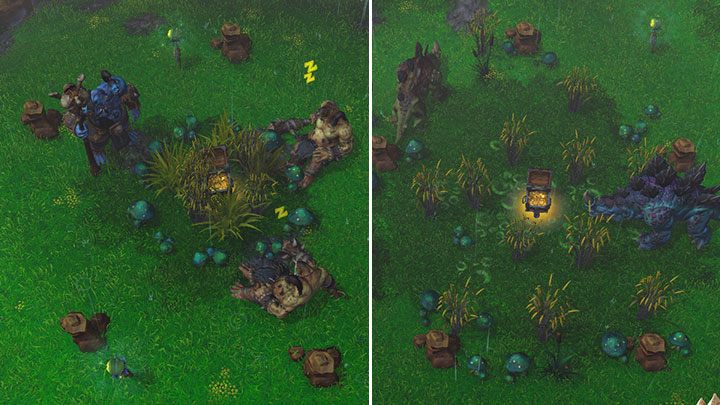 You need to find two ingredients to cleanse the fountain of health. To defeat the guards to the north and south of the fountain, you need a large group of soldiers.

Human forces will regularly send small groups of soldiers to attack your base. You can defend yourself at the defiled fountain, but you have to complete the Troll's task if you want to use the fountain to heal your troops. You will activate the task when Thrall gets near the fountain.

On the way to the ingredients, you'll encounter Gnolls, Wolves or small groups of human troops. It's worth taking a group of at least 6-12 warriors. This way you will defeat every enemy in your path during this mission. You can also send Thrall himself and only give the order to collect the item, then retreat immediately. Enemies will only chase you for a short distance and then return to their positions. You can at most summon the wolves that will pull your opponents away from Thrall. Now all you have to do is go back to the fountain with the two ingredients and enjoy its benefits. 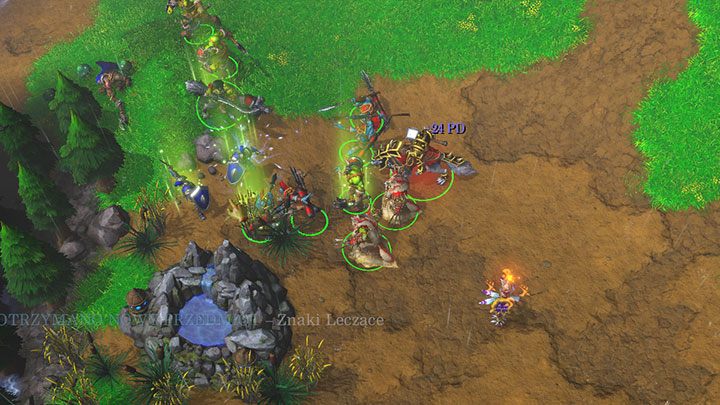 The fountain of health will automatically heal all units in the vicinity - your and enemy troops. Use the quantitative advantage of your forces to defeat all opponents or pull your enemy away from the fountain.

From now on, focus on producing more troops and prepare to attack the enemy base. If you've lost any soldiers so far, it's worth replenishing your troops to make the following composition: 4 Grunts, 4 Riders and 3 Headhunters. If you still have an army from the beginning of the mission, it is worthwhile to train additional Storm Riders to have 4 of them. They will be useful for destroying enemy buildings. To do this, you must upgrade the Great Hall to the Stronghold and build the Bestiary. In the meantime, position your troops at the Fountain of Health, because it will be constantly attacked by enemy Footman and Rifleman units. 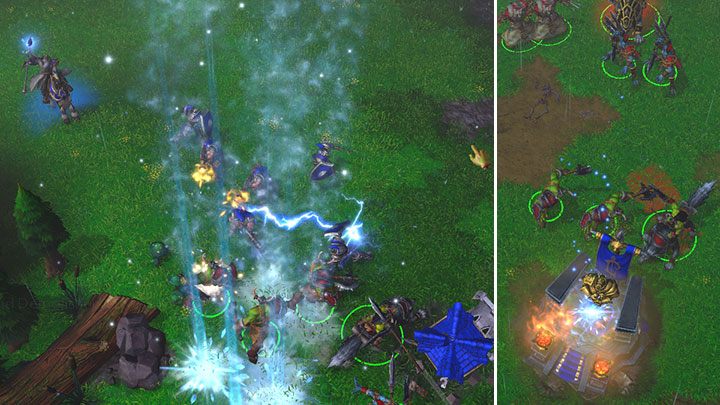 Beware of Archmage - he's a human hero who attacks at a distance and casts powerful area of effect spells. After killing him, destroy the Altar of Kings so that he does not return to the battlefield.

Time to attack! The entrance to the base is located in the upper right corner of the map. First, defeat small groups of soldiers by the ships and in the forefront of the post. Then, destroy the Watch Towers. As soon as Archmage joins the battle, let Thrall and all ranged units to focus on him. If you're going to use Lightning spell, remember to select an enemy hero as your first target. Destroying the garrison is just the first half of the success. Now it is time to destroy the production buildings and the Altar of Kings. This will stop the production of enemy troops and potential return of Archmage to the battlefield. Human race can turn their workers into temporary Militia warriors - send Grunts and ranged units to fight them, and let the Storm Riders focus on destroying buildings. Success! However, Thrall and his soldiers will be captured...