This page of our guide to Void Bastards explains how to behave in a boss encounter situation, i.e. a specially marked stronger opponent. Direct confrontation is not the best solution. 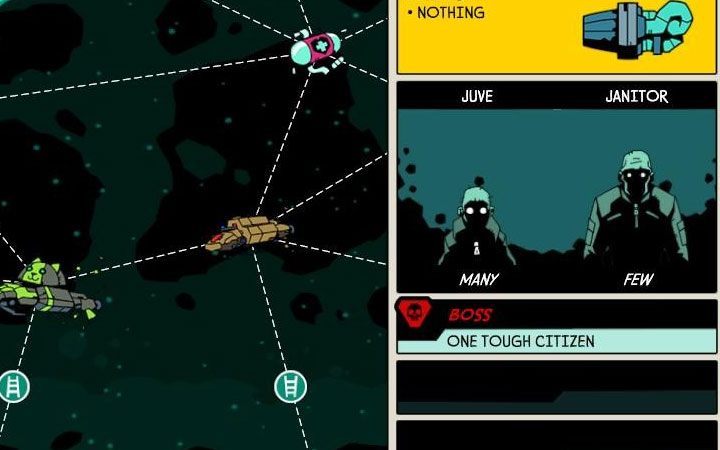 The game can warn you about a potential encounter with the boss in the description of the enemy ship on the nebula map - an example of this message is shown in the image. However, this is not a rule. The boss can be found, even if you haven't been warned about him in advance. 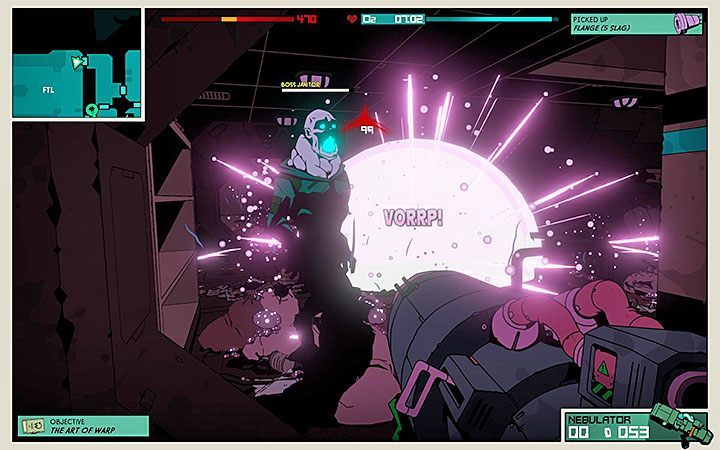 The boss can be identified by name and its yellow color. It is worth noting that the boss does not necessarily have to appear alone. There may be regular opponents near him too.

The recommended action to the appearance of the boss is to escape. Direct combat is above all risky, as the boss will deal more damage and can be (much) more resistant than ordinary opponents in the same category. In addition, you can unnecessarily lose a large amount of health points and use a lot of ammunition. A defeated boss may leave a loot, but you shouldn't expect it to be something very valuable.

If you still want to start a fight, try using Zapper to stun the boss (its effectiveness may depend on the type of opponent). It is also worth relying on the strongest weapons and gadgets (in the example from the picture we used the powerful weapon Nebulator).

{ramkanieska}You don't have to be afraid to fight the bosses as you go through the campaign. You can craft each of the five quest items without having to fight strong opponents.{/ramkaniebieska}