On this page of the guide to Void Bastards, we discuss the topic of unlocking Traits which can be defined as skills. You will learn how to unlock new Traits and in what cases they can be lost.

What are the Traits? 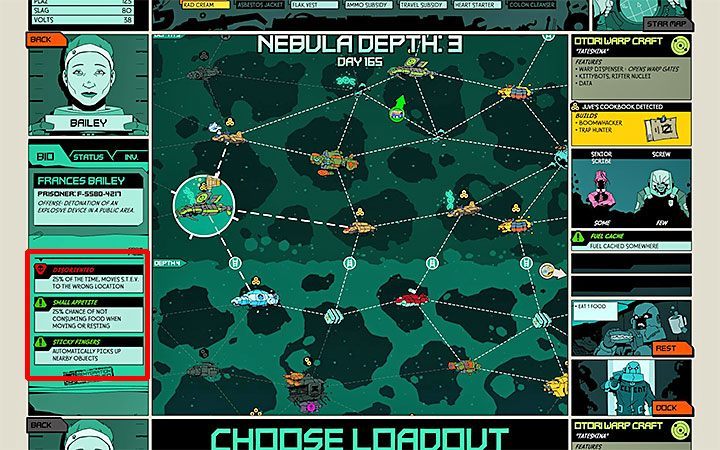 What Traits should I use? 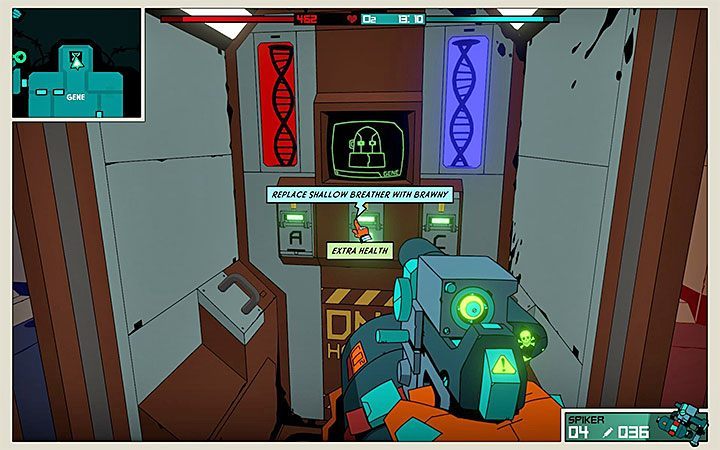 The answer to this question is problematic. Traits, either found or obtained at the beginning of the game, are always random. There are several dozen Traits in the game - your chances of getting the best ones quickly are slim. All characteristics can easily be lost, and it is not necessary only as a result of death.

A universal hint is that you should always get rid of negative Traits fast. You can ignore only those negative Traits that aren't too troublesome. Once you no longer have any negative Traits on the list, it would be good to build a set consisting of 3 positive ones. This will allow you to have the maximum number of active positive Traits at the same time.

During the game, we advise you to look carefully for two specific Traits:

We have repeatedly encountered each of the Traits in the early stages of subsequent campaigns. Therefore, there is a chance that these Traits are rather common.

How to get new Traits? 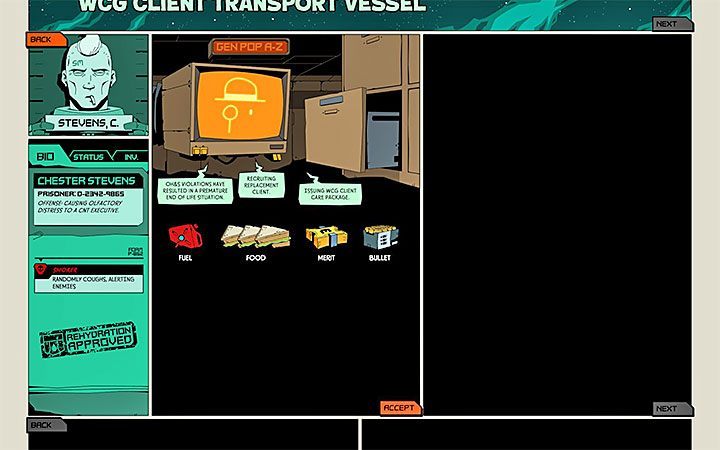 Each prisoner gets their first Trait / Traits - they can be positive or negative. 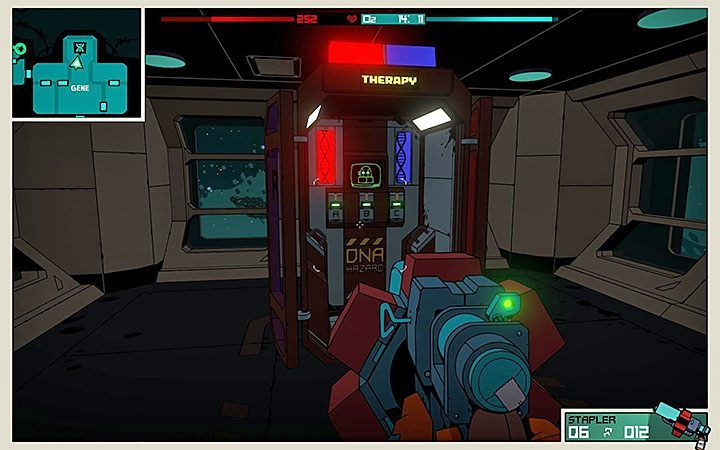 The most popular way to obtain Traits is to visit GENE rooms on the ships. There, you will find machines that can add new traits/genes. You can only choose 1 Trait out of the 3 available. Always read carefully the on-screen description. The selected Trait can replace one of the currently owned - it can't be placed in any of the free slots.

If you want to choose another Trait immediately, you can use authorization on the machine. This process, by default, costs 30 credits (Merits), but the price will rise as the campaign progresses. The game will allow you to choose one Trait out of the three offered. However, you will choose from different Traits. 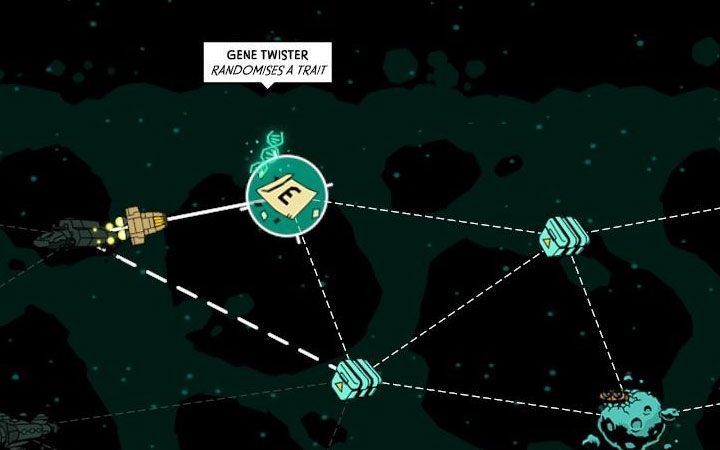 The last way is to interact with the Gene Twister object on the galaxy map. It adds one random Trait but simultaneously removes one of the available skills.

When can I lose Traits? 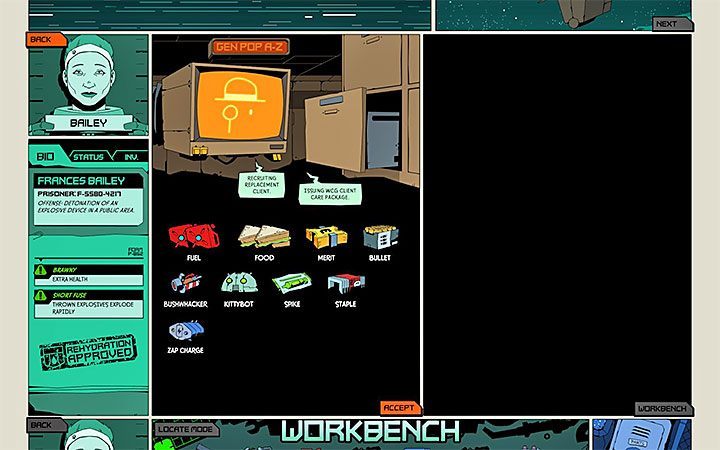 The most obvious reason for losing Traits is death. Another prisoner picked by the game will have different Traits. That character gets a new Trait (or Traits), and they won't necessarily be positive. 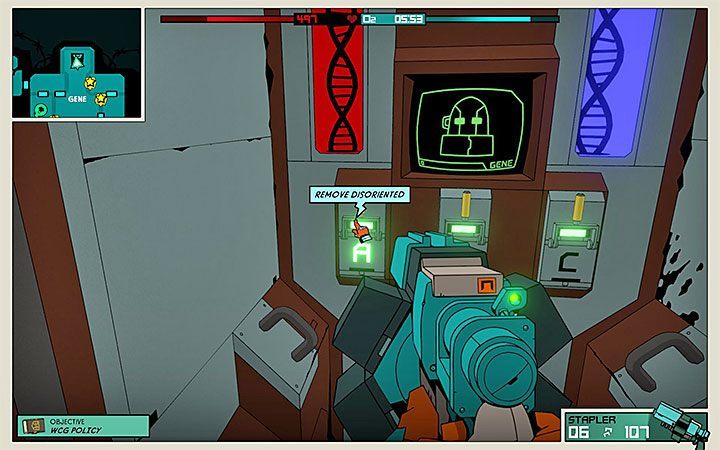 The second way is to use the gene machine in the GENE room. It allows you to completely get rid of the existing negative Traits or replace one of the current positive Traits with a different one. 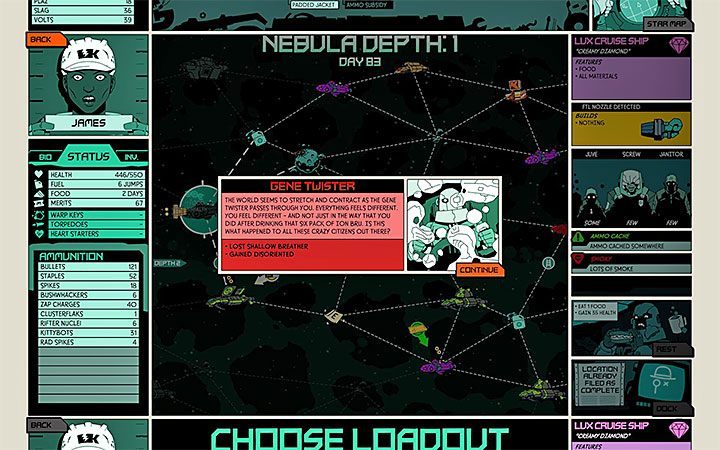 The last way is to interact with a Gene Twister on the galaxy map. It removes one random Trait and unfortunately, you can't protect from it. If you don't want to risk drawing random Traits then try to avoid Gene Twister by choosing a different path to get around it (or use a Warp Key).