Before we proceed with breeding pinatas, you must plan your garden thoughtfully. Its space isn't unlimited, so you need to use it with caution. You should also remember that not all animals like each other and they need to be separated with a fence or kept at a distance.

Unfortunately, your garden isn't visited only by friendly creatures, but also by ruffians and sour pinatas (more and more of them as you reach next ranks). You need to be prepared and know how to guard yourself. If not, after each visit you'll have to recover a lot of damage, for example cure sick pinatas and fix the destroyed fences. Remember, that you play the role of gardener, so you need to take care of plants as well: know where and how seed them, which fertilizer use on them and in what product they can be turned into. Of course, development and growth of your garden is impossible without appropriate funds... In order to facilitate these tasks, we prepared some advices and hints for first-time gardeners.

Paths, fences and use of space

Garden space - Size of your garden increases twice: after reaching eleventh and twenty first rank. Even then it is still limited, so you have room only for finite amount of buildings, plants and pinatas (there can be theoretically 30 animals at the same time, but in fact they are difficult to control at this amount). When you'll use given space at maximum, new plants won't grow and pinatas won't romance. Lack of room can also lead to escalation of fights between your animals, so just try to avoid this situation by selling unnecessary buildings and inhabitants.

Several gardens - In Viva Pinata, you can have more than one garden. What's important, that moving between them doesn't mean that you lose your money, rank or articles available in the shops. You can create several gardens and each of them assign to other species. This way you'll avoid a lot of conflicts and fill the requirements of specific species without much problem.

Paths - It is good to bestow some time and space to build paths. They are especially useful for your helpers who thanks to them can move more quickly and work more efficiently. 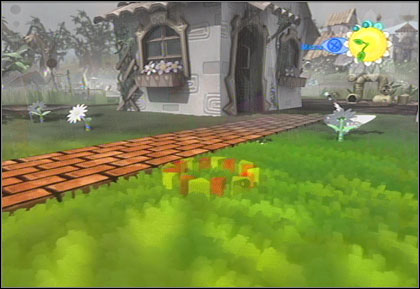 There are few types of pathways to choose between.

Fences - Fencing some parts of your garden may be a good solution. First, you can protect some pinatas from their natural enemies (like Mousemallows from Syrupents for example) or simply keep them in one place. You need to be careful though and give them enough space to live - if not, they can become unhappy or even sick. Second, you can use fences to enclose the terrain on which you seeded weeds. They are in most cases dangerous for your animals, so it's better to separate them.

Order of build-up - Although the game itself doesn't impose any order in designing your garden, it is good to allocate the buildings first and then fill the remaining space with trees, plants, paths and decorations.

This site is not associated with and/or endorsed by the Microsoft or Rare. All logos and images are copyrighted by their respective owners.