This page of our guide will introduce you to the laws you can establish in your country. We explain what categories they're divided into and how does changing laws work. 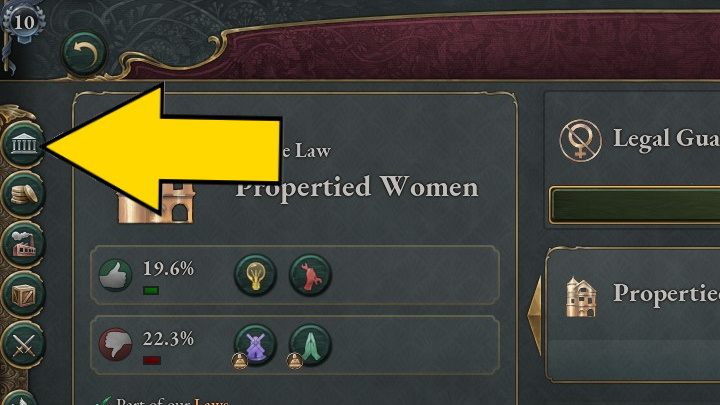 You'll find a list of all laws and options tied to them in the Politics tab, specifically in the Laws section. 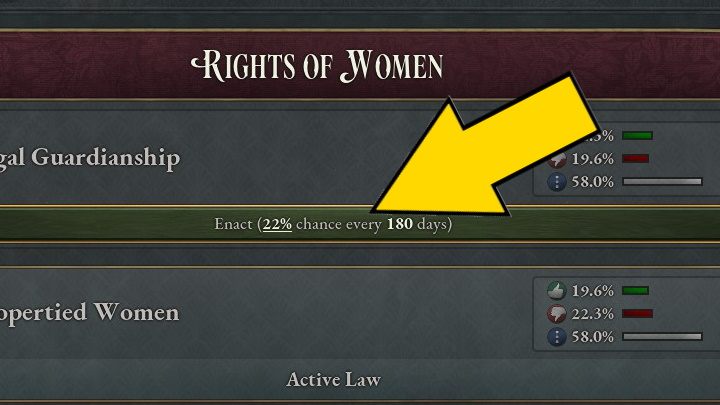 To establish new laws you should select the category you're interested in and click the Enact button. 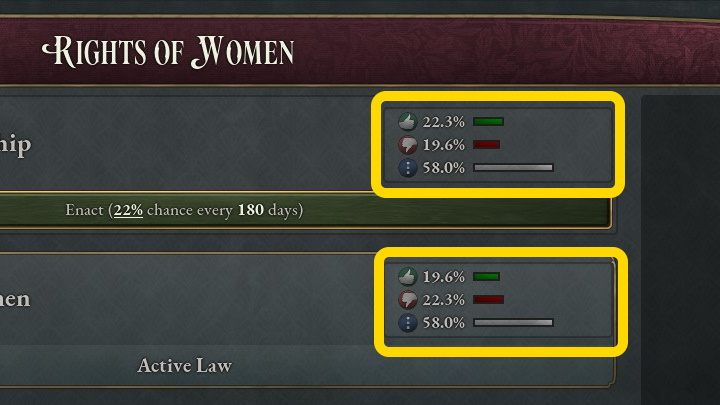 New laws aren't established right away and there's no guarantee it ever will be. Your success depends on the support of Interest Groups. Above we've pictured where you can check the attitude of groups supporting, opposing and indifferent to the new law. 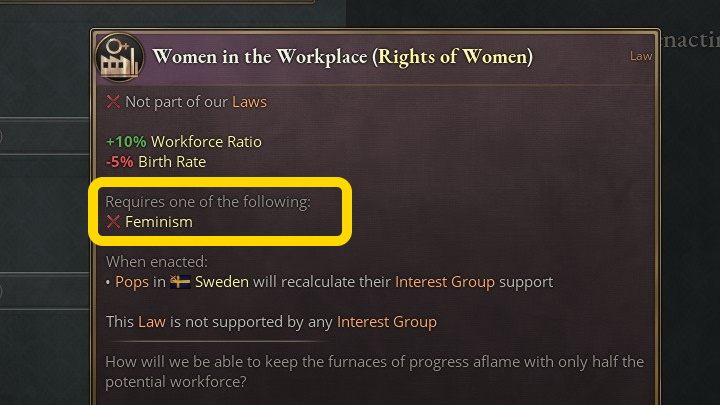 Some laws are unavailable due to the lack of necessary research. You must develop a specific technology to unlock them. As an example: To unlock the Propertied Women law you must first research Feminism. 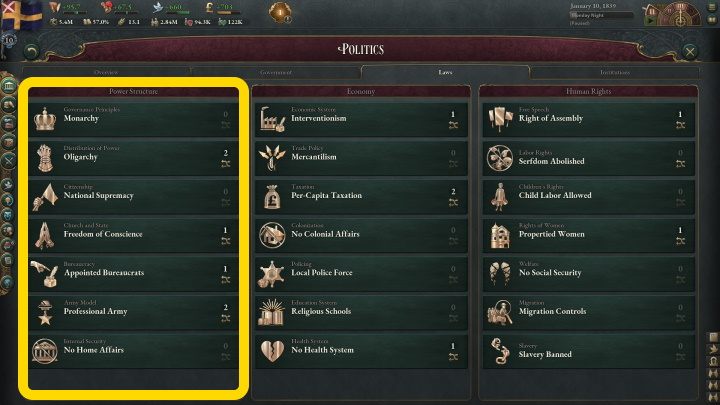 Power Structure laws mainly cover what happens at the governmental and military levels. They're divided into: 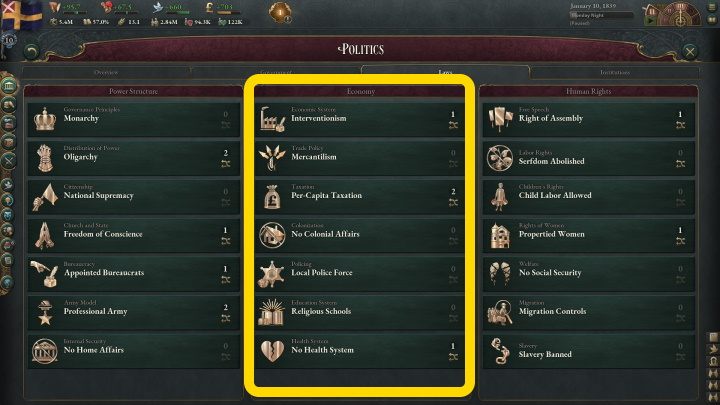 Economy laws determine the political direction of your state's industry, services, healthcare and education systems. They're divided into: 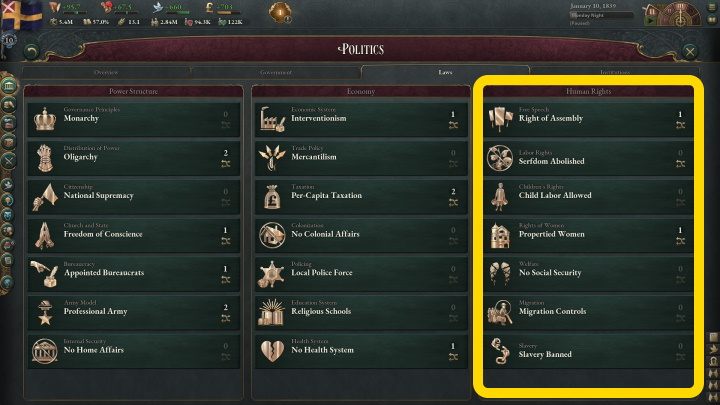 Human Rights laws determine how free your citizens are. They're divided into: