Right after starting a new game you watch a cut-scene during which Jonathan bites Mary. After that you can control the character - this is the beginning of the prologue. This is a rather short part which serves as a tutorial. The game puts you against multiple enemies so it is possible to ask the following question - can you avoid killing in the prologue?

Can you avoid killing in Vampyr's prologue? 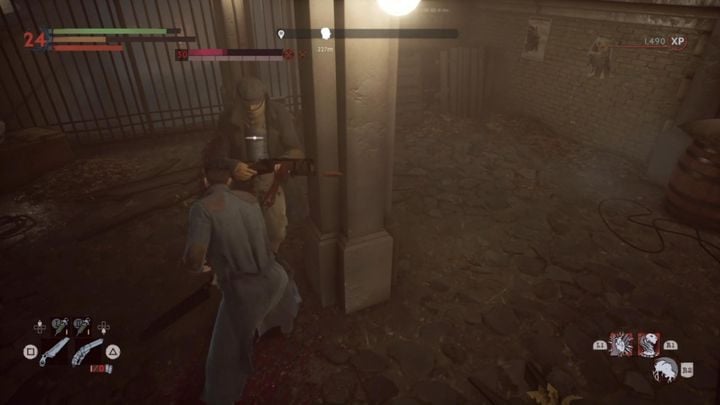 Vampyr features two groups of characters. There are regular enemies, such as Skals, Ekons, Guards of Priwen etc. who aren't counted as Jonathan's victims. You can kill all enemies who attack you.

As a player, the only decisions regarding characters that matter to you are those related to the citizens of the four districts: Pembroke Hospital, The Docks, Whitechapel and West End. There, you can find NPCs with whom you can speak with. Also, each of these characters can be charmed by you (if your hypnosis level is high enough) and embraced.

In conclusion - You don't have to worry about enemies so feel free to kill them. Nothing will change even if you face humans and suck their blood during a fight. Combat and choices in the city are two separate "worlds".