On this page of our Vampyr Game Guide you will read everything about Mesmerize - one of the most important abilities in the game. During the 'Take me to a Hospital' mission in Chapter I, Jonathan unlocks the Mesmerize skill that can be used on other citizens of London. 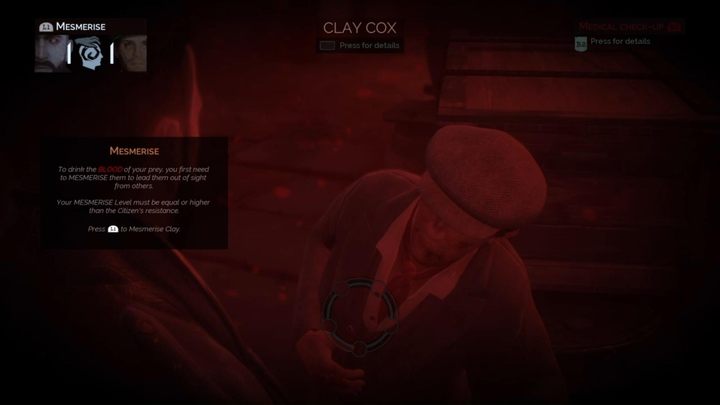 How to level up the mesmerize skill?

To mesmerize a character, the level of Jonathan's mesmerize must be equal to, or greater than, that of a potential victim. Mesmerize level grows with the progress of the storyline as you make key decisions about the pillars of the Pembroke, Whitechapel, Docks, and West End districts. If you reach Pembroke Hospital and talk to Dorothy Crane, your mesmerize level will increase to 2.

In other words, to rise the level of mesmerize, you simply have to continue the main storyline of the game. There is no other way to develop mesmerize in Vampyr. That means that you won't be able to bite key characters (the pillars) of the districts until the end of the game.