This chapter of the Vampyr Game Guide contains a detailed solution for the quest "Eternal Thirst". 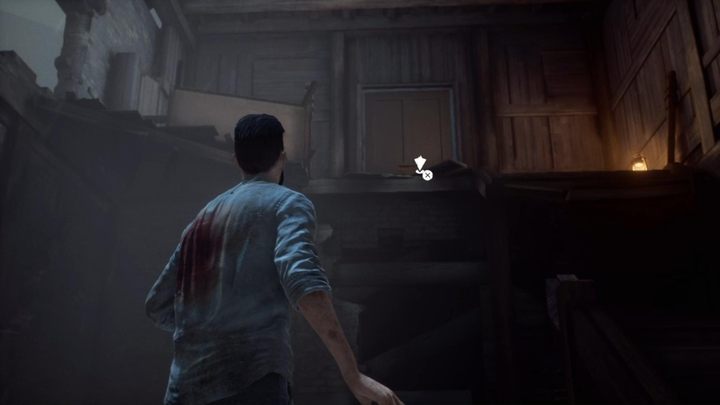 After the cut-scene, get down and go through the ajar door. Then press the correct button to go through them. You will be able to use the same trick many times in the game.

Go down and approach the corpse. Take the used stake - you can use it in combat. The weapon is automatically assigned to the other hand. You'll also find the key - approach the door and open it. 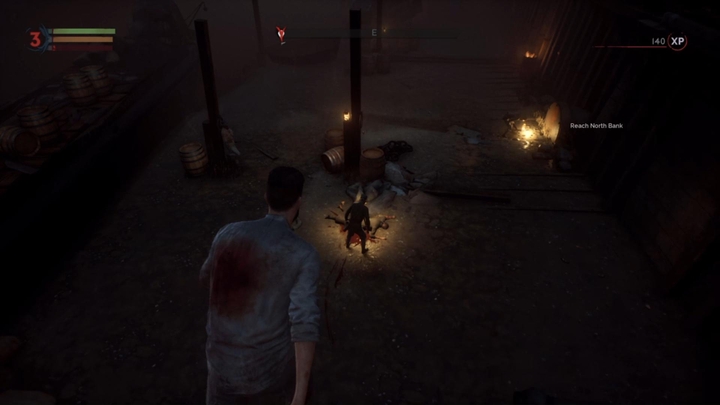 You'll have to fight a group of thugs. The game will now teach you biting enemies to suck some blood needed for unlocking skills. 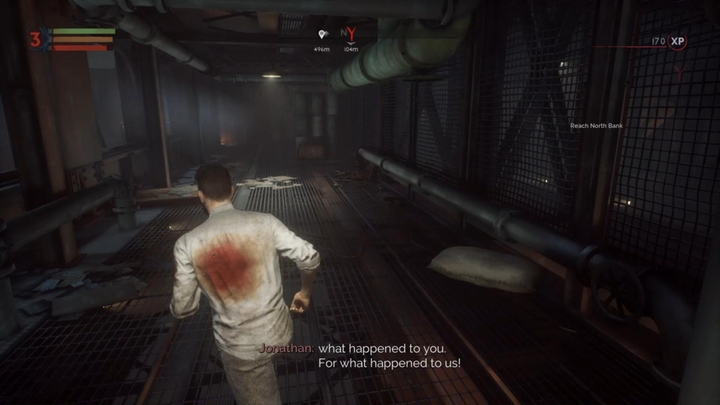 You'll run into more enemies a bit further on. Practice your combat, because the population of the city doesn't react very well to the sight of a vampire - you will have to fight often. Take the stairs up and cross the bridge.

After reaching the hole in the scaffolding, use your vampiric power and teleport to the other side. On your way, you may meet a few rats - in this game, the rodents are small blood-containers; that's going to be useful at the beginning. 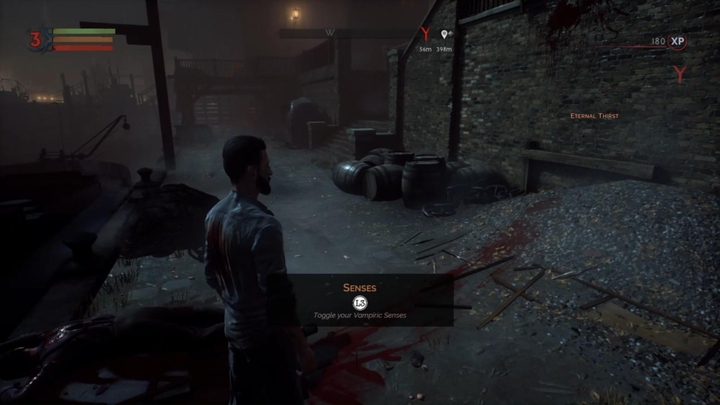 Eventually, you will go to the other side and get to the corpse. From now on, Jonathan will be able to use his sharpened senses to find blood, gather information about enemies or various characters in the game.

Follow the blood trail. Along the way you'll discover a hideout. It's a place where you can relax, create items, or develop your main character by unlocking new skills. 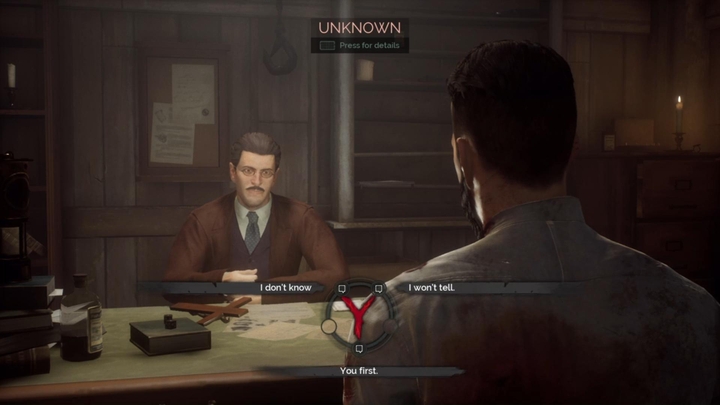 Follow the blood and you will reach the pub - the Turquoise Turtle. Inside, you can talk to several residents. Ask Tom, the bartender about a stranger who has visited a pub. Then go upstairs and you will see an interesting cutscene.

Talk to the stranger. This one will soon introduce himself as Dr. Edgar Swansea and will explain the complexity of your position.

Now go downstairs. Talk to Sabrina and let her tell the truth about the stranger who visited the pub. As a result of the dialogue, you will gain a clue regarding Tom Watts. For more information on the clues, residents and the benefits of learning more about their stories, see the dedicated section in our guide. 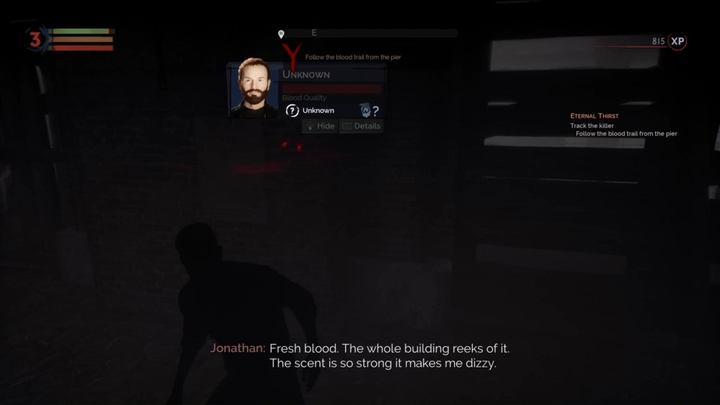 Now talk to Tom, and use the information obtained from Sabrina. Then leave the bar and follow the blood. Along the way you'll have to fight a group of bandits, but they're not very formidable. After all, you'll see a lot of blood in the building - you'll see two characters in the distance. In the wall you'll find a hit scythe - take your weapon and equip it right away. 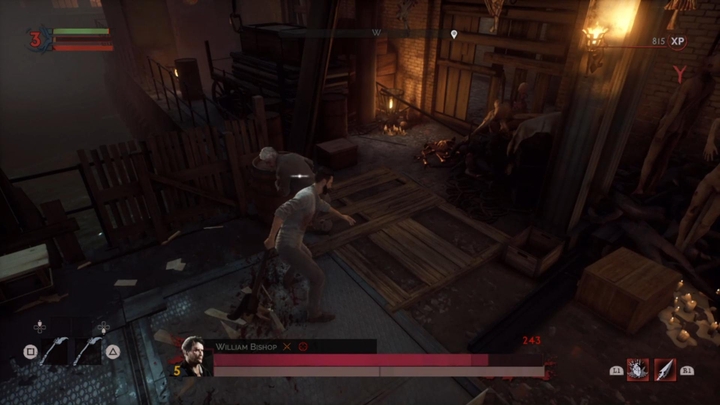 You will now have to fight the first boss of the game. William Bishop is a Skal - a lesser vampire, who's much more dangerous than any of the previous enemies. You will see a lot of blood in this building. Stay on your toes and dodge his attacks. Be particularly mindful of his jumps and attempts to suck your blood.

After the fight, approach the wounded Sean to begin another cutscene. After it ends, go back to the defeated boss and take a sample of his blood. You will now have a pretty lengthy scene to watch; after that the mission ends.