On this page of our game guide to Valorant we have prepared a detailed description of Killjoy's skills and many hints that may help you during gameplay.

Killjoy is one of the characters available in Valorant and belongs to the group of Sentinels. Killjoy is a genius inventor that uses an extremely innovative weapons during gameplay. Alarmbot is the first main skill of Killjoy which makes this character a perfect spy. Killjoy's second skill is the Turret. You can use it against enemy players in order to protect the Spike planting site. The third skill is the Nanoswarm, which causes considerable damage. Killjoy's special ability is the Lockdown skill. This ability greatly affects her combat capabilities. 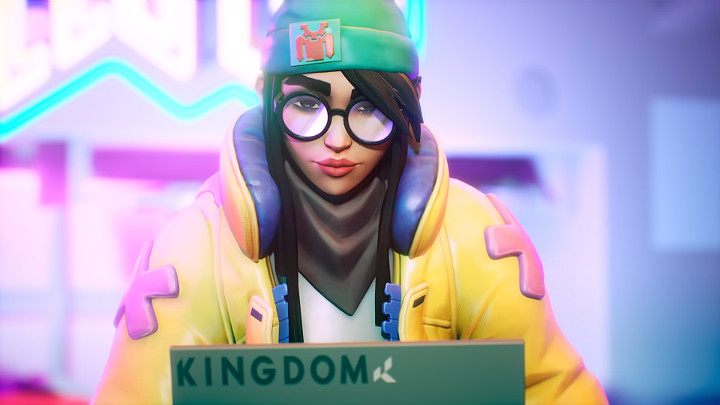 Interestingly, Killjoy does not have any skills that may obscure the visibility of enemy players like smoke screens or barriers. Her only crowd control skill is her ultimate Lockdown ability. However, it doesn't change the fact that Killjoy is a very strong agent.

Nanoswarm is one of Killjoy's offensive abilities, which causes considerable damage. The character is armed with a technologically advanced explosive, which she can throw in any direction. Upon landing, the explosive charge will automatically hide and can be activated remotely at the appropriate moment. 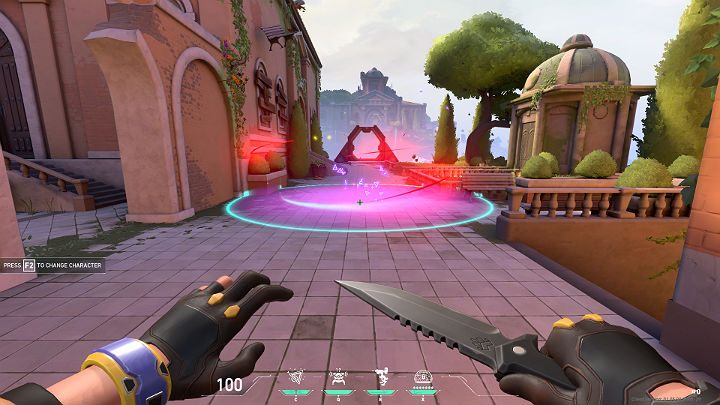 After activating this skill, Killjoy releases a swarm of deadly nanobots that inflict severe damage on targets which are in range of the ability (marked with blue circle). When Killjoy comes within the range of Nanoswarm she also receives a certain amount of damage.

Killjoy can hold up to 2 Nanoswarm charges and deploy them at different locations or next to each other. This can increase the range of this skill. In other words, you may use it to prevent opponents from disarming the Spike.

One of Killjoy's technological toys is the Alarmbot. Killjoy sets up a spying device at a location of her choice, then activates the droid and puts it into a state of stealth. The Alarmbot stays in place and scans the area around it, and as soon as the opponent is in its vicinity it gets activated, runs towards the target and explodes. Also, it applies the Vulnerable effect. 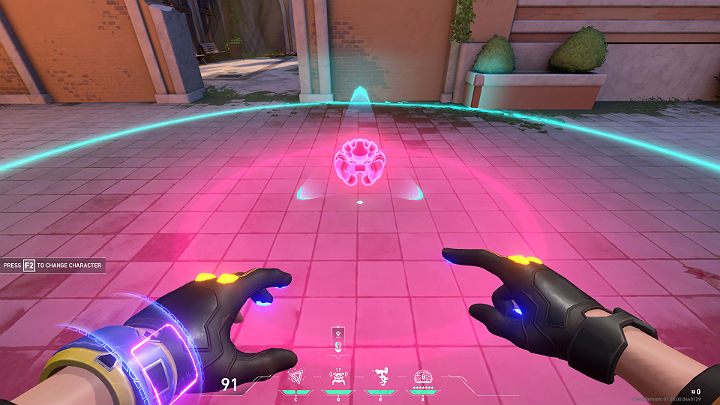 A set-up Alarmbot can be summoned back in order to set it up in a better spot. To cancel the Alarmbot, simply hold down the skill button (Q key by default) longer. Activation of this skill takes a short time during which the device is vulnerable to destruction. It should be noted that the Alarmbot can be blinded and its visibility can be reduced by walls or smoke curtains of other characters.

Enemies hit by the Alarmbot are affected by the Vulnerable effect, which means that they can receive double damage from all sources for a short time.

During gameplay, Killjoy can deploy a special combat Turret, which can shoot enemies at the radius of 180 degrees and has an extremely long range. The Turret fires in burst mode rather than full auto which means it is capable of firing 3 rounds in a series followed by a short pause. It is worth noting here the fact that the Turret can be blinded or its visibility may be reduced by using walls or smoke curtains - if it cannot see the target it won't shoot. 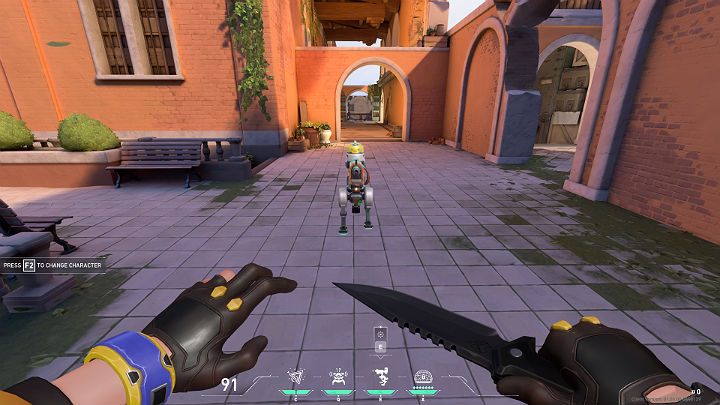 By setting up the Turret, you can choose the direction at which you want it to be directed. By default, the Turret is always placed in the direction in which Killjoy is looking. However, if you want to reverse its attack direction, just press the Right Mouse Button. The deployed Turret can be collected and set up in another spot. To cancel the Turret, simply hold down the skill button (E key by default) a bit longer.

The Turret is an extremely useful skill that allows Killjoy to defend the access to the Spike planting site on her own. The Turret is, of course, prone to damage and can be destroyed with a few rounds, but such a moment of inattention can cost your agent's life.

Lockdown is a unique ability that allows Killjoy to greatly increase her combat capabilities. The Lockdown is an extremely technologically advanced device, which has a long charging time, but also a powerful effect. After the explosion it severely slows down all opponents, prevents them from using any weapons, and does not allow them to plant a Spike for as long as 8 seconds! 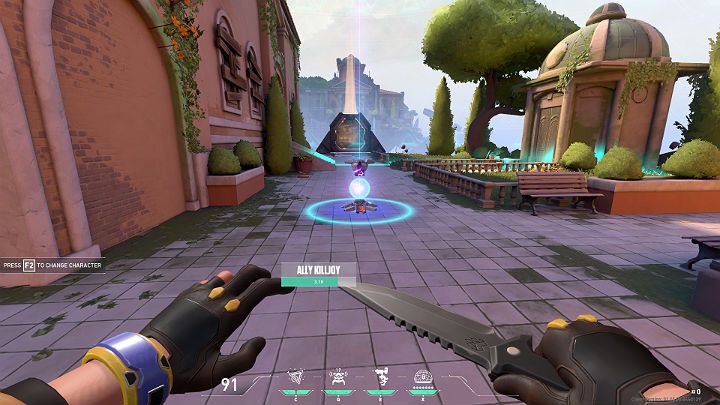 The signal emitted by the Lockdown skill has a huge range and runs through walls. Since the device can be easily destroyed, you need to find a good spot to plant it. Search for some sort of obstacle or a hidden spot that can be easily protected.

After the successful activation of the Lockdown ability, the entire Killjoy team will have a huge amount of time to eliminate all targets affected by this skill. Opponents affected by the slow-down debuff are extremely sluggish. It gives you an opportunity to get a multi-kill by using the Nanoswarm skill.