In this chapter of our guide to Valorant, we provide relevant information about the 1.0 update which was implemented in the game on the day of its release, that is, June 2, 2020.

Patch 1.0 nerfed and buffed many agents (Jett, Omen, Phoenix, Raze, Sage), implemented significant changes to the Split map, and added a brand new map called Ascent. As usual, many minor bugs were fixed and most of the illegal spots, which were often used to set up a Cypher's Spy Cam, have been removed from the game.

Jett has been considered as one of the weakest characters since the closed beta of Valorant because of her offensive skills - these didn't work well during team play. Apart from the short-lasting smoke curtain triggered by the Cloudburst skill, Jett couldn't offer anything more to the team members. 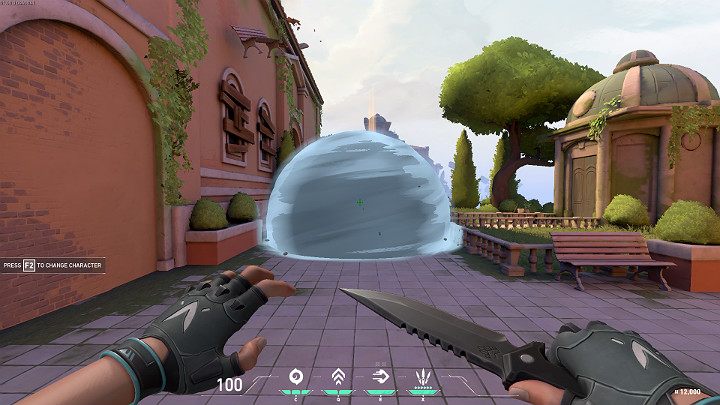 For this reason, Riot Games tried to increase Jett's value as a team character a little bit and enhanced her two skills.

Can the above skill buffs of Jett be enough to make her a more popular agent when composing a team? Not really, because in Valorant there is still a group of extremely useful characters who have much more interesting and better skills than Jett. But that doesn't change the fact that Jett is still an interesting character when you join the game as a solo player.

From the beginning of the Valorant closed beta Omen was a character who had a very high potential, but not exposed in 100%. Therefore, this character was at the bottom of the agents' ranking and there was no indication that he would become more popular. Riot Games has surprised all Omen fans in patch 1.0 and gave him a really strong buff! 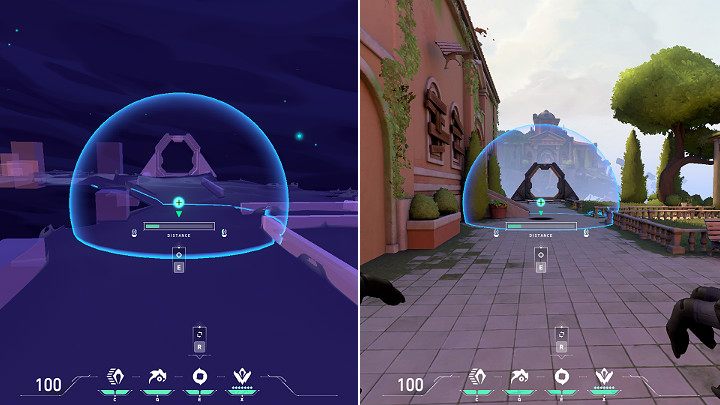 In the 1.0 update, Omen received several reinforcements, which will certainly affect his popularity as well as his usefulness during the gameplay.

Perhaps the most important change in case of Omen, that was introduced in Update 1.0, is the possibility to cancel the teleportation after using Ultimate From the Shadows. Now Omen can stay in the shadows, jump to a certain point on the map, make a reconnaissance (determine how many enemies are defending the point) and return safely to the previous spot.

Sage has been one of the strongest characters since the beginning of the Valorant closed beta. This was not surprising, as she was the only agent with healing skills that worked for both her and the team members. What's more, she possesses extremely strong crowd control skills and can even resurrect a fallen ally. 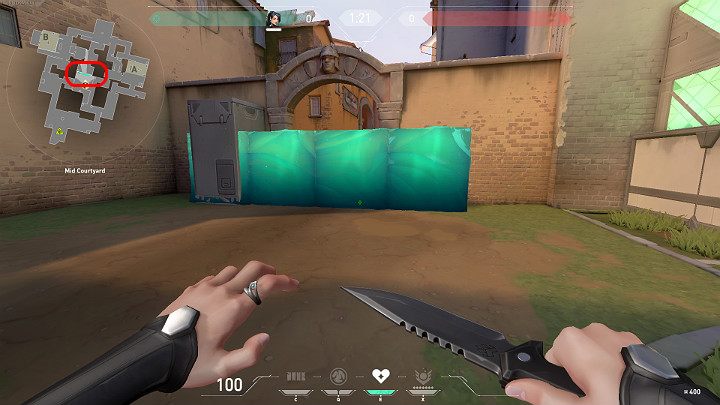 In patch 1.0, Riot Games has decided to nerf the abilities of this powerful agent. In addition, Barrier Orb has been modified after the patch - Sage team members can notice it on the radar.

Will Sage's current and previous nerfs affect her popularity and she may drop out of the S Tier? Probably not, because Sage is still the only healer in the game, and has powerful defensive skills. Modifications introduced in update 1.0 certainly haven't reduced the popularity of this character.

Raze was an extremely powerful agent from the very beginning that could inflict enormous damage in a split of a second. Riot Games has immediately noticed this. Therefore, developers began working on modifications to her abilities. Earlier updates have reduced the number of Paint Shells that Raze can take to the battlefield, and this time the Blast Pack had undergone some revision. 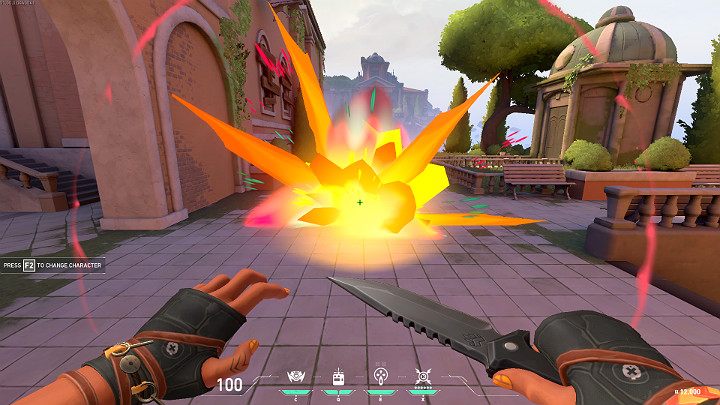 The effective range of the Blast Pack was reduced from 2 meters to just 1 meter. Anyone who played Raze knows that the Blast Pack could be used to get a single or a double dash, even in the air. What's more, using one Blast Pack after another caused enormous damage, and it was possible to successfully eliminate an enemy lurking just around the corner. Unfortunately, after the 1.0 update, this is no longer available.

Phoenix was a very popular character from the very beginning of the game because he could effectively eliminate enemies and obscure their visibility. What's more, Phoenix was able to heal up pretty fast, as well as take advantage of a second life. 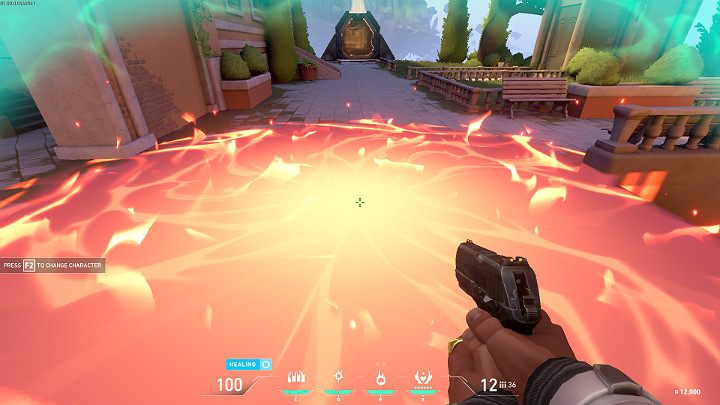 The developers of Riot Games studio concluded that Phoenix had become too powerful, so they decided to introduce a few nerfs to his abilities. However, they have also implemented small enhancements.

Split is one of the maps that was available in Valorant from the very beginning of the closed beta. Split is an extremely difficult map, which favored the defending team, making it difficult to fight effectively to get a decent position suitable to plant a Spike. For more information about the Split map and tips on how to play it, check the separate section of this guide. 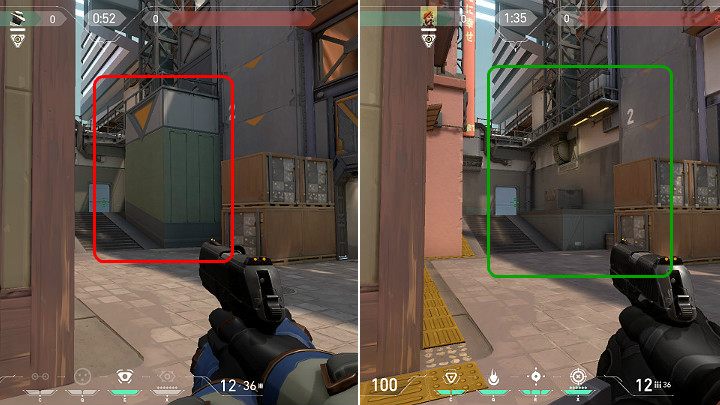 In Update 1.0 the middle part of the Split map (Mid Top) has been heavily rebuilt so that the defense team will not be able to barricade themselves with just one Sage's Barrier Orb. The attacking team now has much more space, because the massive wall on the right has been completely eliminated from the map and a small metal box has been put in its place.

On the day of the game's release, which is when patch 1.0 was introduced in Valorant, a completely new map called Ascent has been added. The new map is set in Italy and there is no shortage of buildings or decorations (paintings, figures) that really reflect the Italian atmosphere and culture. The Ascent has two Spike planting points and an open space in the middle, which is a key point for the attacking team. 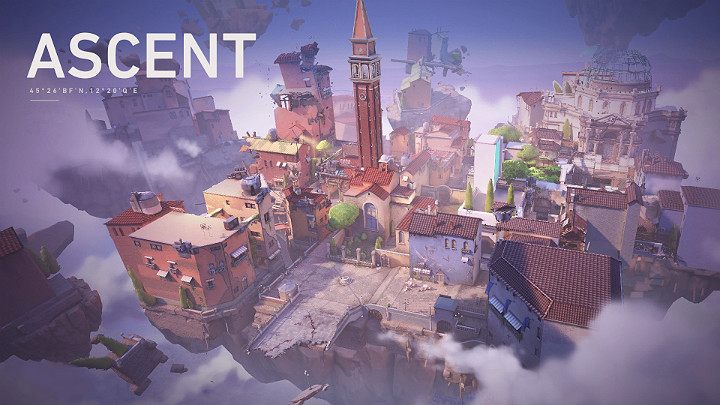 The Ascent map implements an additional automatic door mechanism that can be closed after taking over point A or B to make it difficult for opponents to retake the point and arm/disarm a Spike. For more information on the latest map in Valorant, check a separate section of this guide.

All those who hoped that the ranked mode would be implemented to the game on the day of Valorant's release have been disappointed. Riot Games announced that (as in case of the closed beta) after the official release of the game all designers will focus their efforts on the stability of services (servers) before they release the ranked mode feature. The ranking mode will be available to players in one of the next patches.

The delayed release of ranked games in Valorant is great news for new players who will have some time to know the basics of the gameplay in Valorant, discover all agents and maps. This will allow everyone to count on a fairly even start in the ranking mode.