This chapter of the Valorant guide is devoted to Spike's planting and disarming tactics. Here, the player will find information on how to plant the charge, how to disarm it, and how to distinguish all of Spike's phases from the moment of planting to the explosion.

Teams in Valorant are divided into attackers and defenders. Attackers can win the round by completely eliminating the opponent's team or by planting Spike and making it explode. The defending team can do this in two ways: eliminate all targets before planting Spike, or win the round by disarming the charge. Below, the player will find a handful of information and advice that may be useful when planting or defusing the Spike charge.

How to plant Spike

The attacking team can win the round in two ways: by eliminating all players from the defending team, or by planting Spike and holding its position until it explodes. In order to plant Spike, the player must go to a specific location, which is marked on the map by large letters A, B, and/or C. Once the player is in the right area, they can plant Spike by pressing the right key (default is 4 on the keyboard). Planting Spike takes 4 seconds - after that time, the charge is armed and must be disarmed by the opposing team even after they eliminate all players from the attacking team. 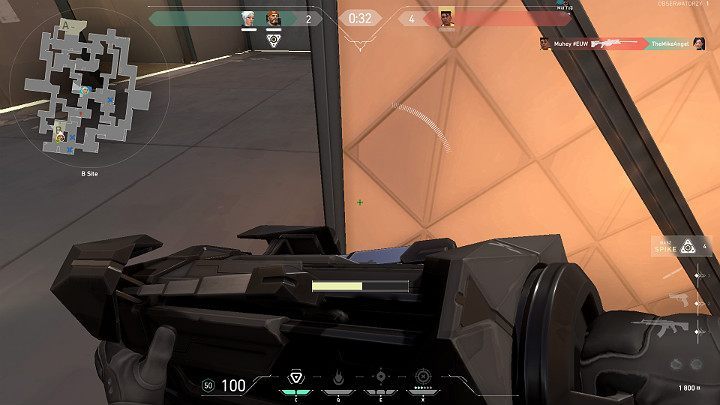 It is worth pointing out here that if you stop planting Spike even for a brief moment, you will have to start the whole operation from the beginning. Pay extra attention to this, especially when there are only a few seconds left until the end of the round. When planting Spike, make sure it is set up in a place where someone on your team can keep an eye on it. The best places are where the opponent can only approach from one side, making them an easy target.

How to disarm Spike 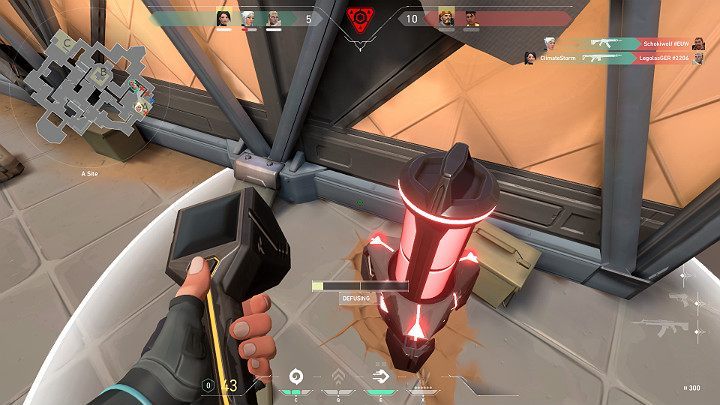 Any player on the defending team can defuse the charge and doesn't need additional equipment - each player is equipped with that device. Go to Spike, press the right key (default 4 on the keyboard) and wait. The process of disarming Spike takes 7 seconds. It should also be noted that Spike can be disarmed twice. Once the progress bar has reached half, you can continue the process even after you stopped for a moment. Important! Once the charge has been defused by reaching half of the bar, the next part of the disarming process can be continued by another player.

As mentioned above, players on the defending team have only 45 seconds to disarm Spike in Valorant. Interestingly, the developers made sure that Spike's phases of activity were easily recognizable and audible. By doing so, the player can quickly figure out how much time is left before the explosion and take appropriate steps. 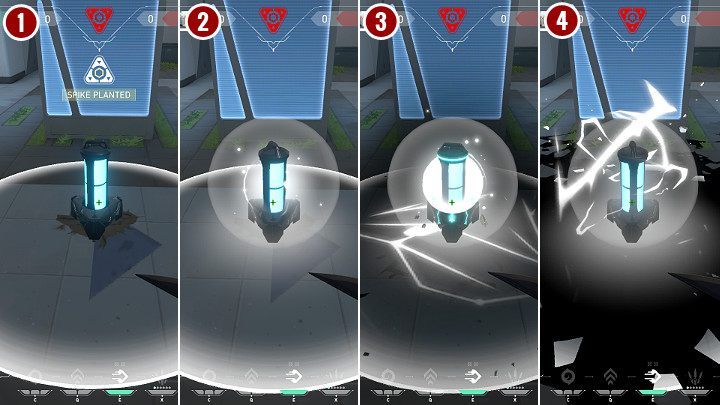 Spike activity can be divided into 4 phases (seen in the image above):

Bait while disarming the charge

If the attacking team has managed to plant Spike and they have not yet been eliminated, use a very simple trick when defusing the charge to lure them out of hiding. Come to the bomb, start defusing it, then immediately stop the action and start looking around. The enemy will come out of hiding as soon as they hear the sound of the bomb being defused - this gives you a chance to kill them. After eliminating the threat, disarm the Spike.

If more players from your team are at the charge, you need to do everything you can to protect that position. There are usually more paths leading to the Spike, so opponents may try to strike from multiple directions at once. 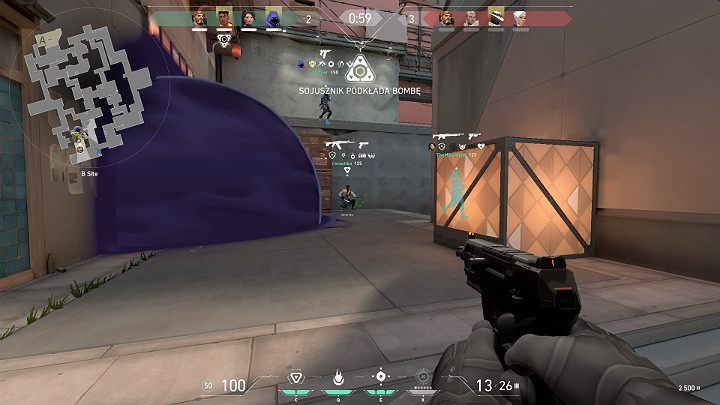 In the picture above, one player is planting the charge. The rest of the team occupies the right positions to cover any possible entrances to where the Spike was planted. One of the characters, Omen, used her ability to narrow her opponents' field of view slightly.