In this chapter of the Valorant guide, you will find information on how to behave on the battlefield, how to position your sight as you move around the map, how to use effective weapon range and whether you can shoot through walls in Valorant.

Valorant is a tactical shooter in which players fight in 5-players teams divided into attacking and defending sides. Whether you are currently playing on the attacking or defending side, it is worth following some important rules that will contribute to better results.

Aim at the head

Headshots in Valorant are extremely effective and most of the weapons available in the game can eliminate a target with just one bullet. It is worth making a habit of holding the sight precisely at the height of the opponent's head, so that the first shot will give you the biggest chance of eliminating the target. If the opponent survives, you can easily hit them with another shot without having to change the cursor's position. 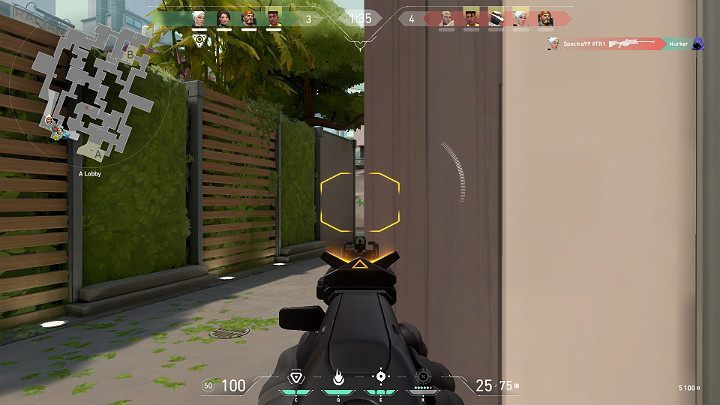 As you move around the map, try to develop a habit of keeping your sights on the right level. If a target appears in sight, you will be able to fire immediately without the need to waste extra time on positioning the weapon.

Each weapon in Valorant has a specific range at which it inflicts the maximum possible damage. Knowing the effective range of the weapon will greatly increase your effectiveness on the battlefield. Note that most weapons available in Valorant cause reduced damage when you shoot outside their effective range. 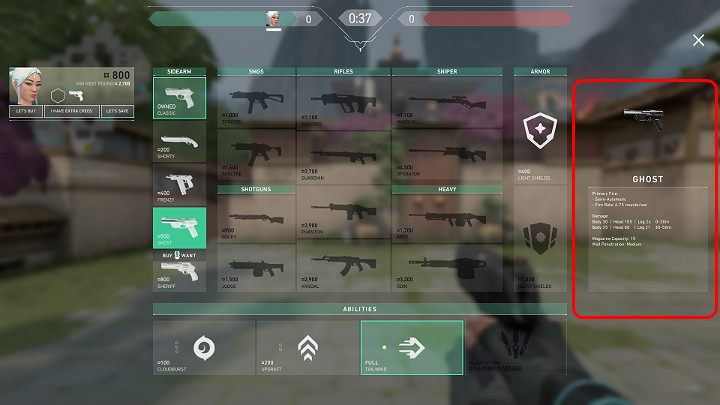 For example, Ghost pistol deals 105 damage with a headshot at a distance of 0 to 30 meters. If the distance is increased to 30-50 meters, you will deal only 88 points of damage with a headshot. You can check the effective range of any weapon available in Valorant, e.g. in the shopping menu. This information is displayed on the right.

Swap weapons for better ones

If you play an economic round and only have a pistol, you can take the opportunity to pick up weapons from defeat enemies. You can take this weapon with you for the next round - you won't have to spend extra credits on weapons. 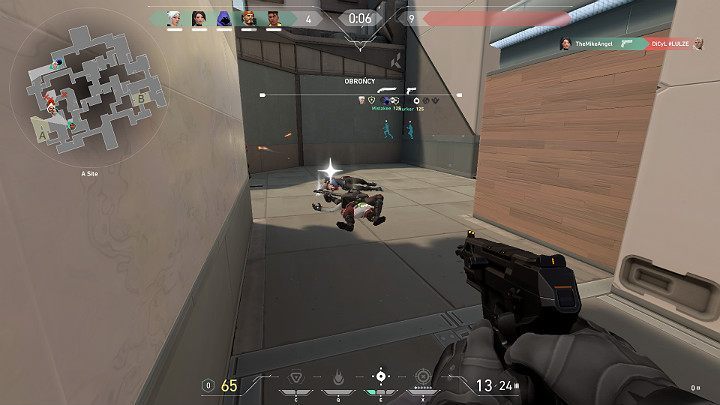 The picture above shows a situation where the player only has a pistol, has no credits, and all the players from the opposing team have been eliminated. That player can pick up their weapons and take to the next round.

In Valorant, you have a certain number of rounds in the magazine and a small supply of ammunition. There is no way to collect or buy additional ammo during a round so you have to use what you have. If you empty the entire magazine in the middle phase of the round you could have serious problems. In a critical situation, try to collect weapons from the bodies of fallen players.

If necessary, shoot through walls

Some weapons available in Valorant have high walls penetration. These include rifles, shotguns, heavy machine guns and sniper rifles. Among the pistols, there is one exception that easily goes through obstacles - the Sheriff. 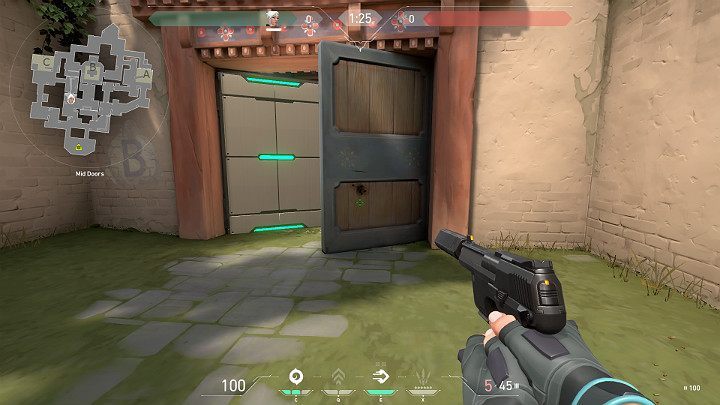 It is worth bearing in mind, however, that not all walls or doors on Valorant maps can be pierced by the bullets. Solid brick walls cannot be pierced, but you can successfully shoot through thin doors, wooden elements or boxes. Interestingly, some elements of the environment, such as the gate seen in the image above, must first be destroyed in order to be able to shoot through them. The damaged gate wing loses its outer armor and becomes vulnerable to bullets.