In this chapter of the Valorant guide, you will find a handful of tips on moving around the maps. You will learn how to avoid detection by the opponent, how to quickly move from point A to point B, and how to use spy and teleportation skills.

In Valorant, you need to plan every move. It is worth remembering that all the sounds in Valorant are extremely well audible - if you keep running, you will quickly be detected and eliminated. When moving from point A to point B, you should also pay attention to several other important issues.

So far, Valorant has 3 maps: Split, Bind and Haven. Getting to know each of them well, especially the names of specific key locations, Spike planting points, the fastest escape routes, places where you can ambush your opponent, the best places to use control skills, and even the placement of teleports will make you navigate the maps almost intuitively. 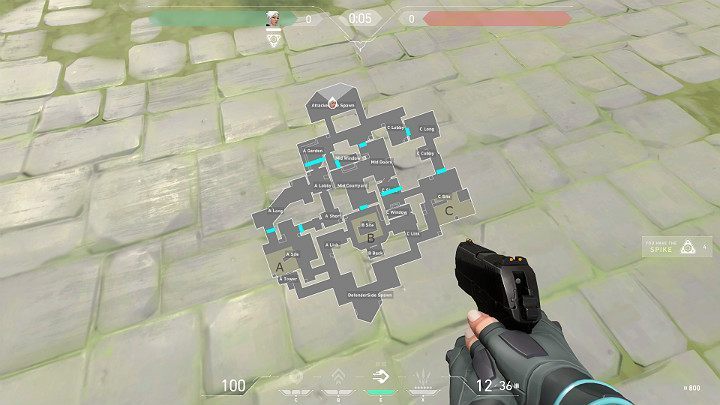 Moving smoothly among the obstacles and corridors will give you a huge advantage over your opponent and allow you to fire from various angles. Everything that is available on maps in Valorant can be used to your advantage. You can explore the maps freely if you set up your own server. Go to the gameplay menu and then select a custom game. Then select the appropriate map and start the game.

Take out a knife to run the fastest

Characters in Valorant move at different speeds, depending on which weapon they use and whether they are affected by some skill that limits the character's control. Using heavy weapons like heavy machine guns will make you move much slower than using a regular pistol. 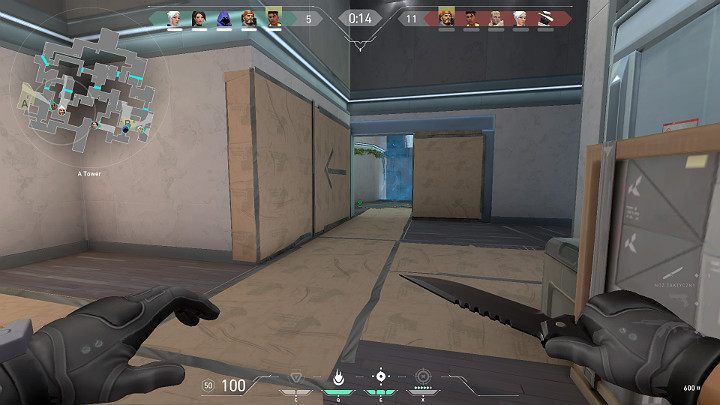 You get the greatest mobility when using a melee weapon - in Valorant it is a knife. If you want to move from point A to point B as quickly as possible, you will reach the top speed by equipping a knife. However, you have to remember that moving around without a gun is a bit risky and can end up with your death.

In Valorant, all the sounds made by characters, such as shooting, jumping, spoken lines, and skills, are extremely well audible. This is no different when it comes to the sounds a character makes as they move around the map. By listening to your surroundings, you can tell whether your opponent is running on the ground or wet surface. If you want to mask your presence in Valorant as much as possible, try to walk slowly (Left Shift by default) instead of running. This way you won't inform your enemies of your own position and will increase your chances of surprising an opponent.

Stick to walls or other environment obstacles

As you move around the maps in Valorant, try to walk close to walls or other obstacles. This gives you additional protection and doesn't expose yourself to a shot when the opponent is aiming in a given direction. 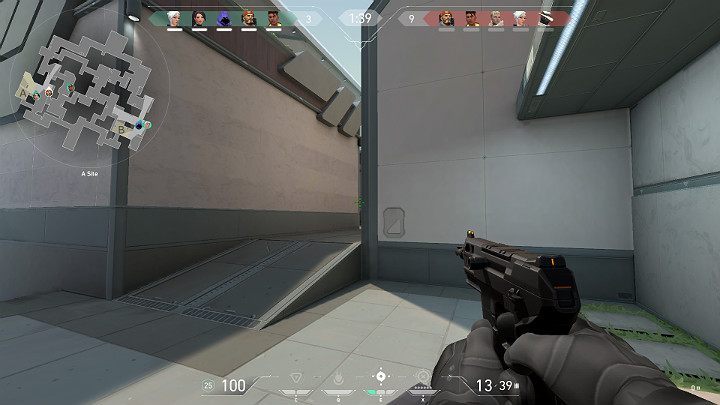 As you move from point A to point B, try to keep your crosshair at the height of your opponent's head so that you will be able to shoot fast. In the image above, you can see the character moving around the map in such a way as to cover the space in which a potential target may appear. The sight is positioned at the height of the opponent's head.

Watch out for area skills

The vast majority of the skills available in Valorant work over a certain area. This applies both to abilities that limit character control, such as Sage's Barrier Orb, as well as those that cause area damage, such as Phoenix's Hot Hands. 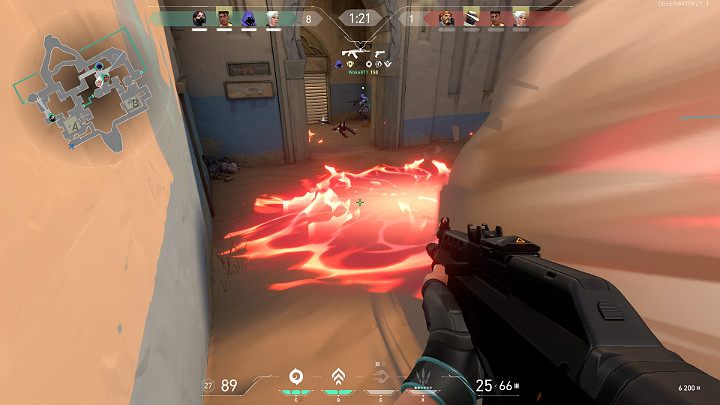 All AoE (Area of Effect) skills are extremely well visible on the map so you can easily avoid them if they don't explode right under your character's feet. The picture above shows two enemy abilities - a smokescreen created by Brimstone and a field of flames created by Phoenix.

Some of the characters available in Valorant have abilities that can reveal an opponent's position and even mark them on the map. For example, Sova has a reconnaissance arrow, Cypher has a spy camera, and a Raze has a riding drone that bounces off walls and scans available space.

The maps available in Valorant feature teleports that can be used as a quick way to move to a specific location on the map. Teleports are useful when you need to react quickly to an opponent's movement but remember - they only work one way. This means that by entering a teleport, you won't be able to go back the same way. 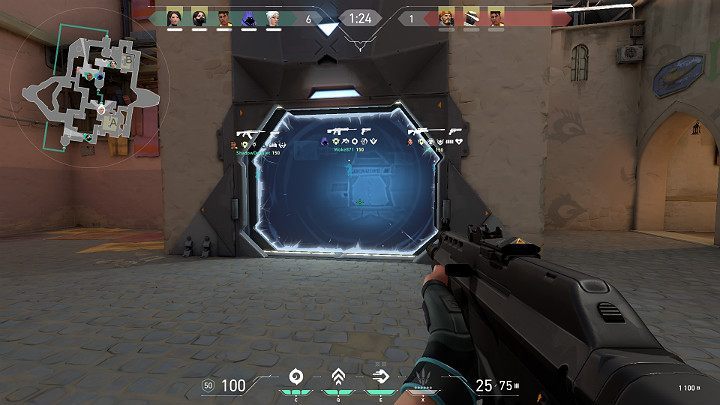 The use of teleports also has some consequences. The sound of opening the teleport is loud and extremely well audible throughout the map so opponents can very quickly realize that someone has just moved from point A to point B via a teleport. This doesn't mean that you will be shot immediately after appearing on the other side, because the door of the portal room only opens from the inside, not the outside, so you are relatively safe until you leave.

Listen to your surroundings

All sounds in Valorant (steps, gunshots, spoken lines, skill use) are very well audible, even when you are locked in a room and someone is running on the outside. That's why it is so important to listen to your surroundings and learn to recognize individual sounds.

Look at the mini-map

You can read a lot of useful information from the mini-map. It marks all the places where someone from your team was eliminated or where an enemy position was discovered. Some skills can also provide information on the last position of all surviving opponents.