In this chapter of the Valorant guide, you will learn how to work with the team, how to communicate with them, and how to use the characters' skills to create a good team.

Valorant focuses on team play - you have to remember that you are part of a 5-person team. Working with allies includes communication, proper use of skills, protecting each other, sharing equipment and credits, and even sacrificing one's life for the good of the team.

Whether you play with random players or enter a game with friends, you have to compose the team accordingly. There are certain limitations in Valorant - each unique character can be used by only one team member. 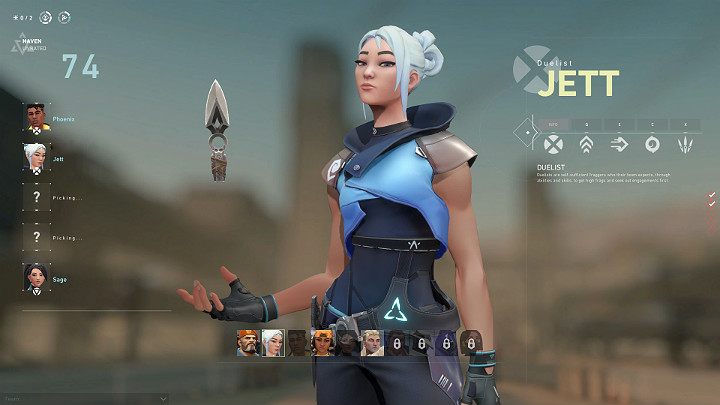 Remember, until you approve your choice, someone may give you a heads-up and choose the same character, forcing you to pick up someone else. This happens extremely often when you are assigned to a team made up of random players. Still, it is always worth trying to find a compromise.

Use the ping system

Players in Valorant have the option to disable the voice chat completely - they won't hear your warnings. What to do during a fierce battle over recapturing Spike's planting location or when opponents try to push the battle to the other side of the map? 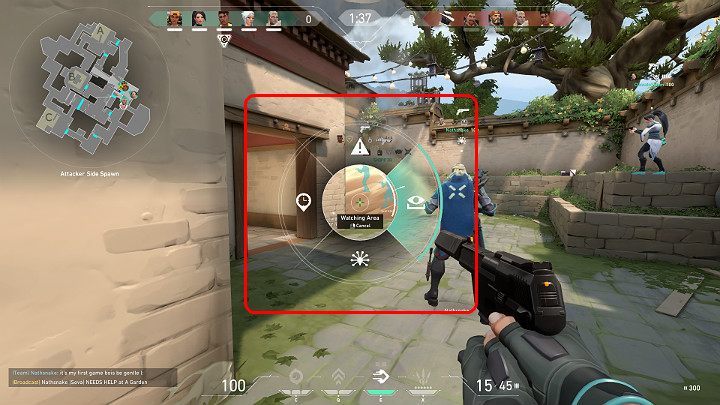 The answer is the ping system! In Valorant, you can use a ping (warning) radial menu which has several commands. To call the pings menu, simply use the appropriate key (default is the Z key) and select the command with the mouse.

In every team-based game, proper communication is the key to success. If you have the option, use voice chat to work better with the rest of the team. Sometimes the gameplay in Valorant is so dynamic that you have no way of alerting the team members other than by quickly using a voice command.

Stay close to the team during the rush

Remember that Valorant is a team-based game. Try not to distance yourself from the rest of the team so that you can assist them quickly in the fight or get their help. As a team, you have a much better chance of eliminating the target - a single opponent is usually unable to kill all the attackers. 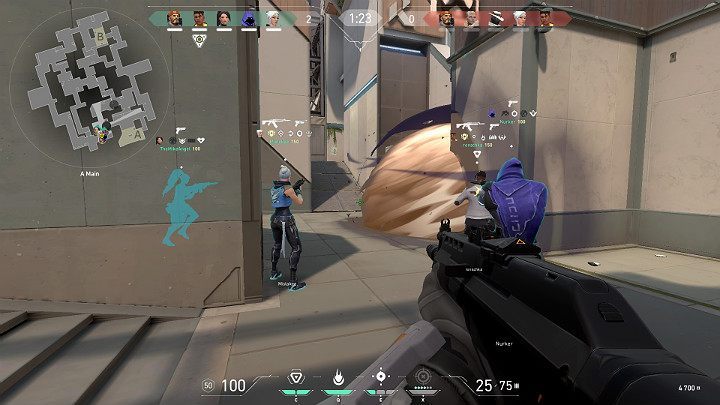 This is particularly important when the whole team wants to rush to one position. You can see in the picture above that the entire team decided to attack Spike A. The enemy's visibility was limited from one side by Brimstone's skill. If an opponent appears in the top pass, they are quickly eliminated.

Don't be a hindrance to allies

While using your character's skills, you have to be particularly careful because you can hurt your own team. Many of the skills can blind, slow or even hurt your allies. Others can make it difficult for the entire team to carry a plan if, for example, you block a key passage with one of Sage's skills.

Team play also involves protecting allies. If you move in 2-person teams, you should protect each other. For example, if there are two exits from a room and your ally is looking towards one of them, you should focus on the other.

In Valorant, many skills can be combined into combos. For example, Sage can trap opponents in a small room, and Brimstone can immediately use his Orbital Strike super to take out all opponents in one go.