In this section of our Valorant guide we discuss all characteristics and features of Omen. Also, we provide valuable tips that may be useful during the game.

Omen is a typical flanker who can carry out an attack on an enemy position in such a way that the opponent won't even notice from which side the bullet was shot. His first skill is called Shrouded Step - a teleport that allows him to get to inaccessible places. Omen's second skill is Paranoia - blinds enemy target. The third skill used by this character is Dark Cover - a smokescreen that limits visibility. Ultimate skill used by Omen is the so-called From the Shadows ability - allows the hero to immediately teleport to the selected spot on the map. 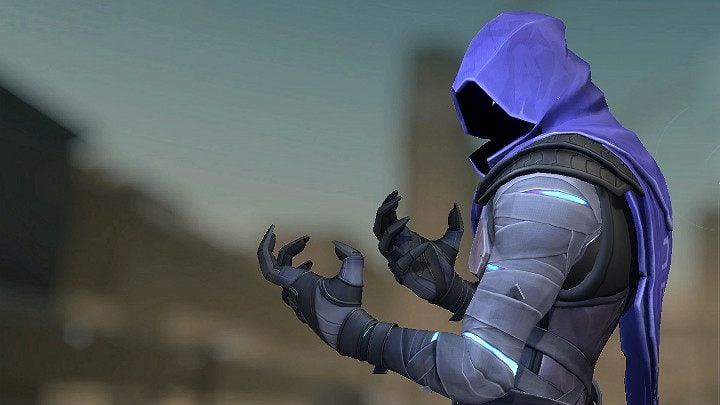 Omen is a versatile character because he has abilities that protect him from crowd control skills and is an extremely mobile character. The ability to teleport to any point on the map will allow you, for example, to disarm the bomb after eliminating the last target, even when the bomb planting spot is at the other end of the map.

Omen activates the ability to move in shadows, which allows him to teleport to a marked location. This skill allows Omen to, for example, quickly jump onto high crates to take a convenient shooting spot, staying out of sight of enemies. 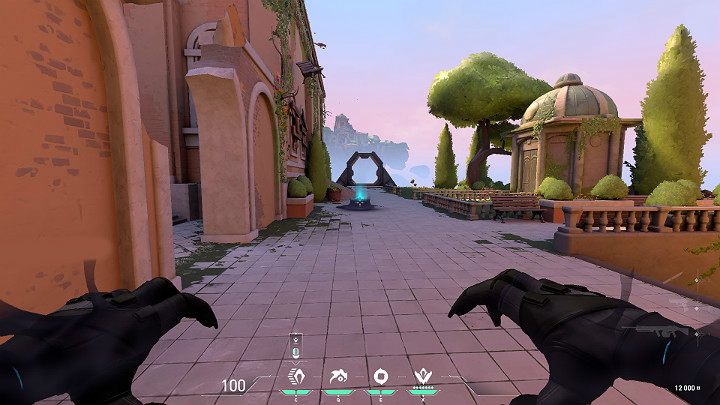 Important note! Shrouded Step doesn't allow you to teleport through a wall. Range of this skill is limited by the field of view of your character. It is also worth remembering that Shrouded Step is not an instant skill and requires a short charge before Omen can be moved to the desired location.

Paranoia is a skill which can limit your opponent's field of vision. Omen creates an orb of dark energy and releases it in front of him. An opponent who gets hit by the Paranoia skill can only see a piece of ground in front of him. 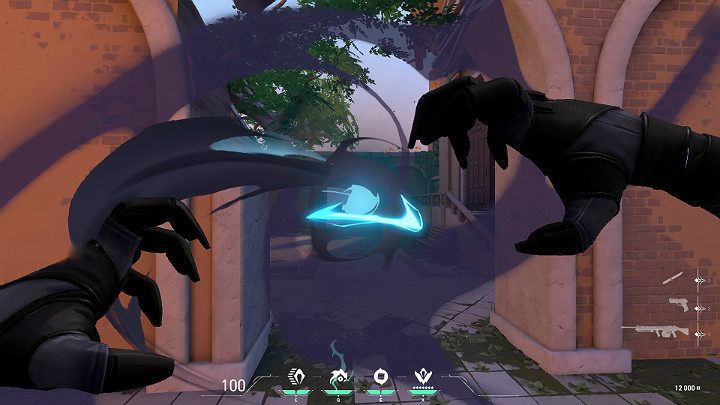 Important! Paranoia can be fired through the wall, but the bullet will move much slower, allowing the opponent to dodge the projectile. What's more, the Paranoia ability follows your opponent, so you can't run away from it, in comparison to other abilities of this type.

Omen forms a sphere of dark energy which, when activated, creates a barrier that limits the visibility of all characters in a particular area. The Dark Cover skill can be charged for a long time to cast it over a longer distance. 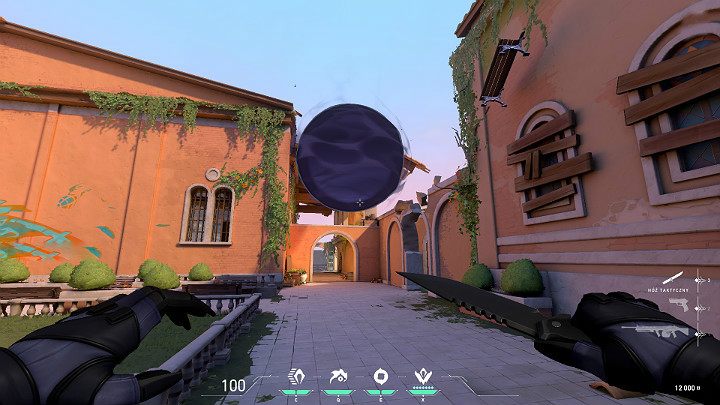 Dark Cover doesn't have to be used on the ground - you can also release it in the air. In this case, Dark Cover will activate at a certain point in the air and begin to slowly fall to the ground. This is extremely useful when, for example, you notice a sniper in a window and want to limit his / her visibility.

In Patch 1.0, which was implemented in the game on the day of its release, Dark Shield has received a new effect. The Omen can now switch between ordinary view and phase view while using this skill. This makes it easier to release the Dark Cover at proper distance.

From the Shadows - Ultimate

This hero's special ability is a teleport. It allows Omen to move to literally any place on the map. After activating From the Shadows ability, you can mark the spot on the map to which you want to move. 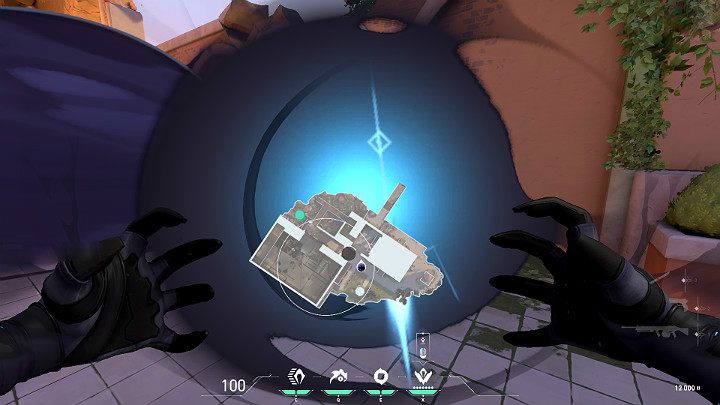 The opponent can quickly realize that Omen is using his special skill. Your intentions may be revealed by a mini map, which will turn from a normal version into one covered with a shadow. What's more, Omen is completely vulnerable after he's starting to materialize at the destination point. In such circumstances, you can:

In Patch 1.0, which was implemented on the day of game's release, the From the Shadows ability has been enhanced and Omen can cancel the teleportation while being in the Shadow form (only if he presses the skill button again). Remember that after cancelling the effect, Omen will lose all charges of this skill.