In this section of our Valorant guide we discuss all characteristics and features of Sova. Also, we provide valuable tips that may be useful during the game.

Sova is a typical scout who is able to detect an opponent and identify his position on the map. Sova's first skill is the Owl Drone - a reconnaissance drone, which allows you to observe the environment from a safe distance. Sova's second skill is called Shock Bolt - it's an arrow that causes area of effect damage. Recon Bolt is the third skill of Sova - it allows you to scan the environment in order to identify any threat. Sova's Ultimate skill is called Hunter's Fury - these are powerful arrows that can break through walls. 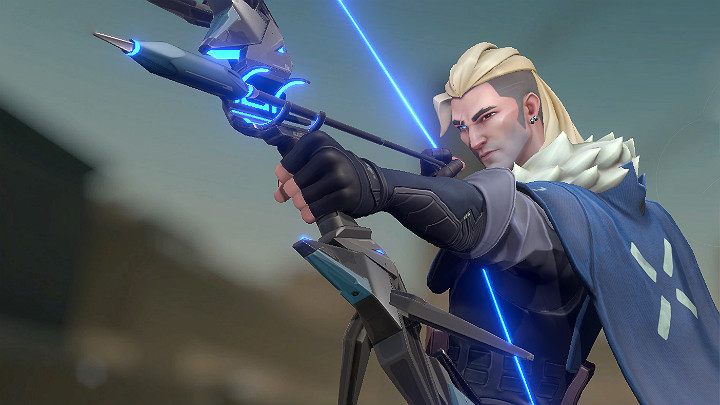 Sova doesn't possess any lethal skills, but he is a useful asset as a scout. By using his skills, he is able to detect an opponent and even tag the enemy in order to make it easier to eliminate him.

Sova releases a drone that can be controlled freely for a limited amount of time. The drone can glide in any direction so you can watch the battlefield from above or see what's happening around the corner. 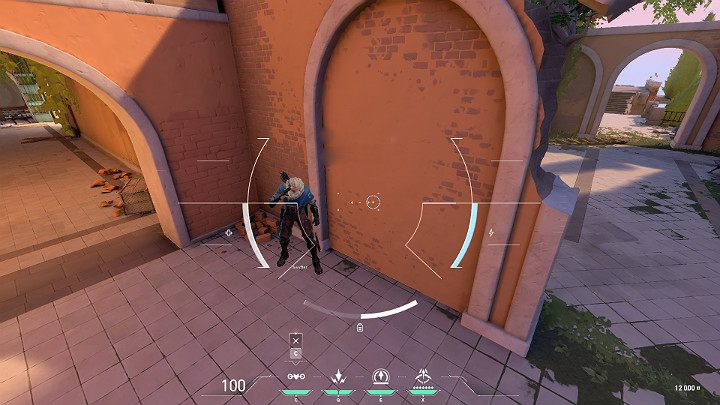 If you notice an enemy while using the Owl Drone skill, you can mark them to alert your allies where they can look for targets to eliminate. Important! Owl Drone can be destroyed if it is hit by a firearm.

Sova uses a bow to fire a projectile that inflicts area of effect damage on impact with the target. Shock Bolt can hit more targets, but the highest amount of damage is inflicted in the center of the explosion. Hold Fire to extend the range of the projectile. 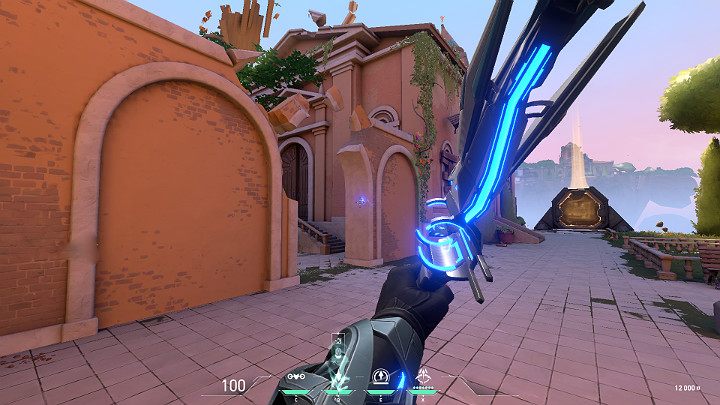 Also, it's worth noting that Shock Bolt can be fired in such a way that it may bounce off a wall a few times and hit enemies hiding behind a corner. To do this, you must use the alternate firing mode (RMB). The bullet can bounce at least once and at most twice, depending on the tension of the bowstring.

The Scout Bolt is probably the most recognizable skill of this character. Sova shoots a projectile that attaches itself to the surface (like walls) and scans the surroundings for potential danger. Interestingly, a Recon Bolt can be attached to an opponent on a direct hit - it won't cause any damage, but there is a chance that your enemy may run into a group of allied forces and betray their position. 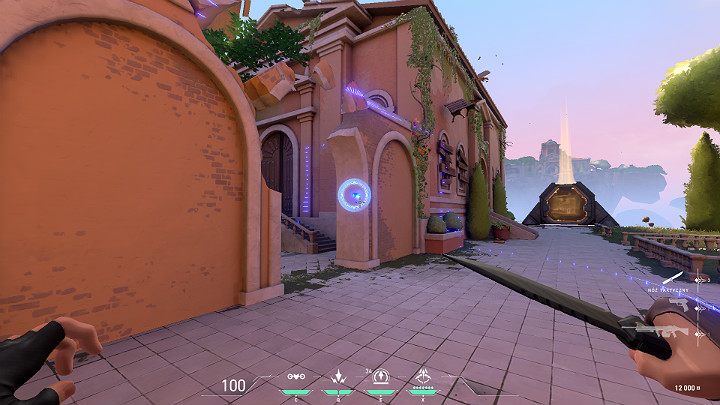 Just like the Shock Bolt, you may bounce off Recon Bolt by using the alternative firing mode. Important! Recon Bolt may be destroyed before the scanning of the area will be completed. The only way to destroy a projectile is to shoot at it. If you have been discovered by the Recon Bolt, you can quickly lose your trail by, for example, hiding behind one of the obstacles in the area.

Sova uses the bow to unleash powerful energy projectiles that can pass through walls and other terrain obstacles. The projectiles cause enormous amount of damage when they directly hit the target. Unfortunately, when you equip a bow, the mobility of Sova is drastically reduced, so you can expose yourself to attacks. 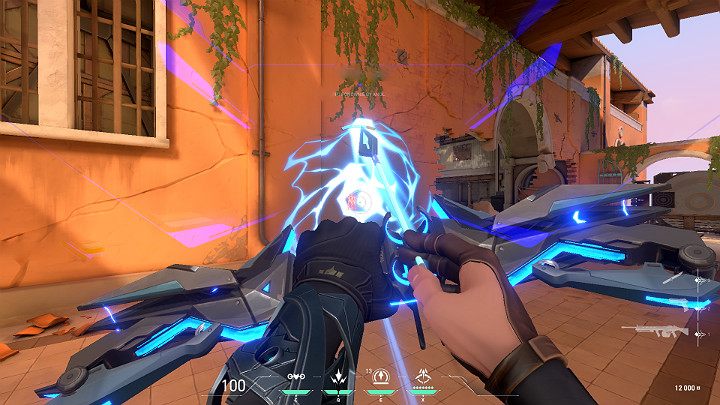 Sova can fire up to three charges of the Hunter's Fury skill. Important! If you manage to hit a target that is behind the wall, it will be marked for a short time. Therefore, Sova's Ultimate skill has two features - it inflicts heavy damage and can be used to explore the surroundings.