In this section of our Valorant guide we discuss all characteristics and features of Brimstone. Also, we provide valuable tips that may be useful during the game.

Brimstone is a typical commando who uses all tricks during combat - even those that aren't entirely fair. His first skill is the Stim Beacon - powerful boost that enhances his firepower. Brimstone's second ability is the Incendiary, which is able to inflict area of effect damage. Sky Smoke grenade is his third ability. Orbital Strike is the Ultimate ability of Brimstone. It smashes every enemy that is in range of the deadly beam. 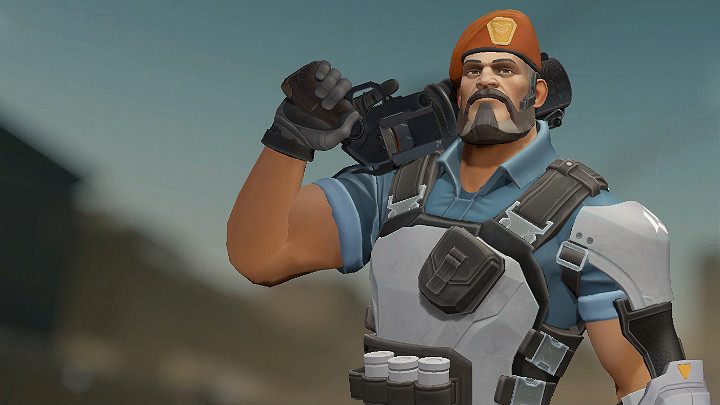 With this skill set, Brimstone is not only suitable for damaging members of the opposing team, but also has the ability to strengthen the combat power of allies. Brimstone's team can use smoke grenades to carry out complex tactics. Brimstone is undoubtedly one of the best characters available in Valorant.

Brimstone sets up a small beacon at a certain spot, which forms a circle with a specific diameter. By standing inside the circle, you get a special boost that increases your firing rate. In short, Steam Beacon greatly increases the damage inflicted by the character. If you are in range of the boost, you will notice orange arrows on both sides of the screen, as shown in the picture below. 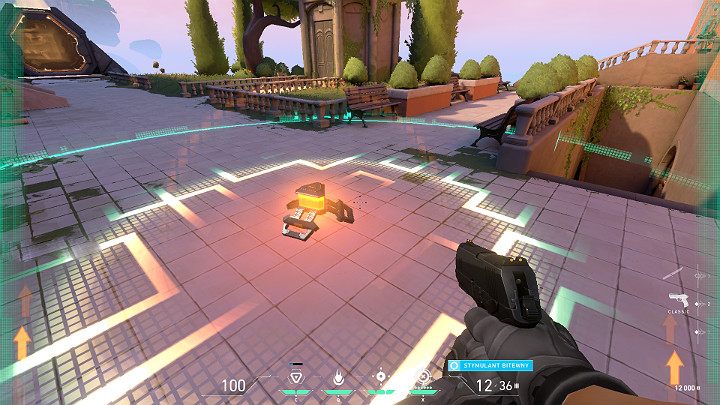 Important note! The Steam Beacon boosts all characters standing near the buff, including enemies. If you notice a Steam Beacon set up by your opponent on the ground, keep in mind that you can use it for your own purposes.

Brimstone has a grenade launcher at his disposal that can be used to launch a round which forms a circle of lava in a certain area - any character that enters the circle will begin to receive damage over time. Important note! This ability can hurt allies. 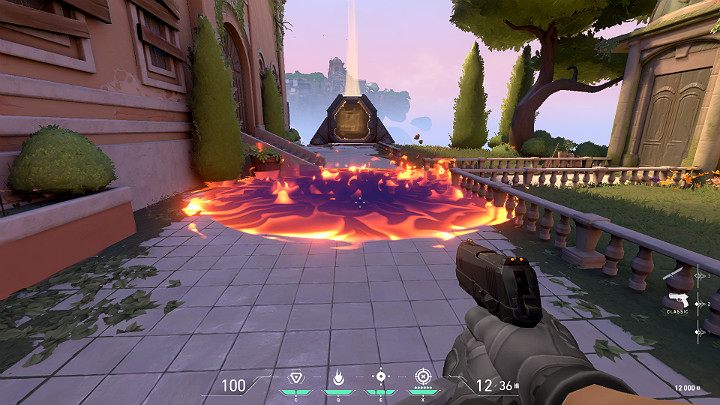 Projectiles fired from a grenade launcher can bounce off the ground. So, you have to remember about that while aiming, because one grenade shell may have to bounce off the ground at least two times before it explodes. The range of Incendiary skill is quite large and it may affect narrow passages and whole corridors.

Brimstone has a special locator on his wrist. He can use this device to call in smokescreens that will be dropped in selected areas of the map. It is worth remembering that Sky Smoke ability can be used in one or even more areas on the map simultaneously - this gives you unlimited tactical possibilities. 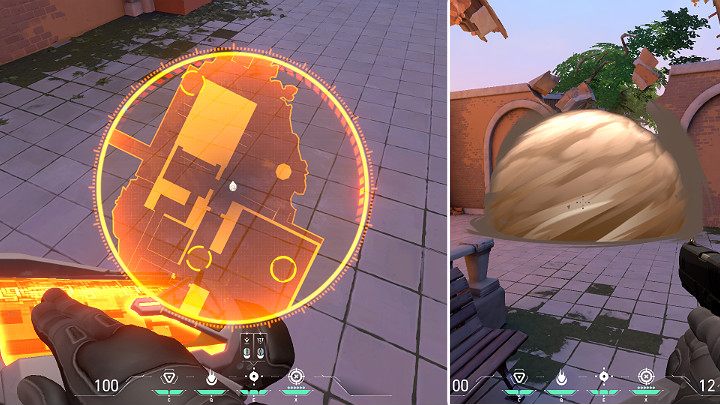 Smoke grenades are useful when you want to hide your actions from the enemy, for example, while planting a bomb. Another example is a situation where the opposing team wants to move from point A to point B, and with two smoke grenades you can completely obscure their vision.

Brimstone can once again use his wrist locator to mark the area of the map which will be blasted by a powerful strike with a large radius. The area that was marked by Brimstone is perfectly visible on the map and its activation lasts a while. Therefore, if other players react appropriately, they can run away from the dangerous zone. 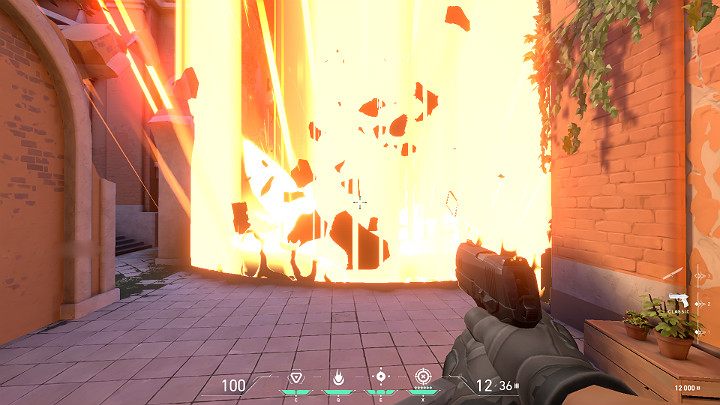