In this chapter you will learn about the the characteristics of all heavy weapons available in Valorant. The description of each weapon also has tips that can be useful during gameplay. In addition, each weapon has an example of its spread along with advice on how to control its recoil.

Valorant also features two heavy weapons. Heavy machine guns can quickly run out of ammo in the magazine - if you decide fire continuously, be prepared to adjust the sight to offset the chaotic bullet spread. What is more, heavy machine guns can be effective in long-range combat but only if you fire single rounds or a few rounds at a time. 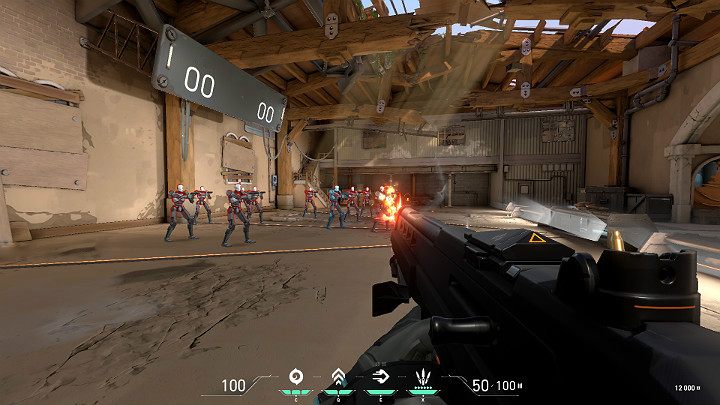 It is also worth noting that heavy machine guns have a high walls penetration.

Ares is one of the heavy fully automatic machine guns available in Valorant. Ares has a capacious magazine that holds 50 rounds. You need at least two headshots to eliminate an opponent. If you are aiming at the body, you will need 4 to 5 shots. Since Ares is a heavy machine gun, it has a very difficult and rather random bullet spread. 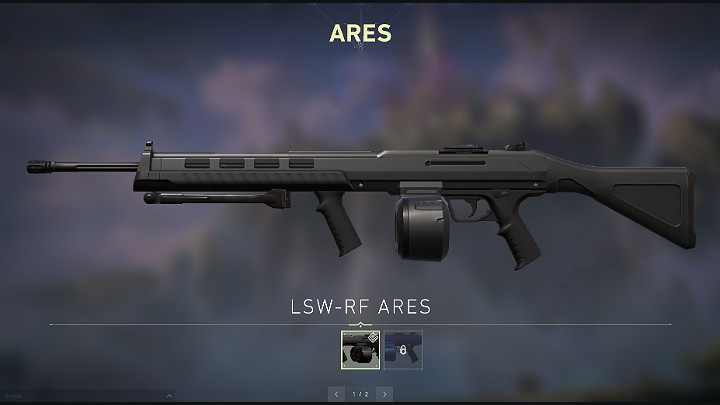 When firing Ares heavy machine gun, you should stand still or, preferably, crouch. This greatly increases weapon control and helps you fire even from a distance. It is also worth noting that Ares has ADS mode, which also affects its accuracy. 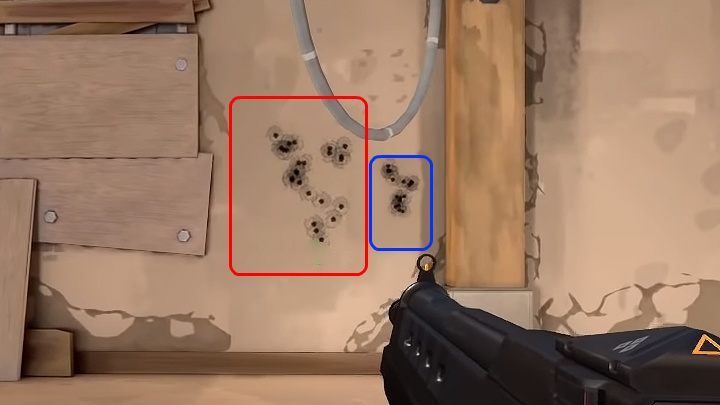 The image above shows an example of the Ares' spread, one of the weapons in Valorant. The test was conducted from a medium distance - the closer the target, the smaller the bullet spread. As you can see, the first 3 rounds are flying more or less near the target - you only need to move the mouse slightly downward to counter this movement. Unfortunately, if you keep firing, the weapon will start moving in all directions (spread marked in red). Crouch to effectively use this weapon at medium range - the bullet spread will be reduced by two-fold (spread marked in blue), and the first 15 rounds will only need to be slightly countered by moving down to hit the target.

Odin is the second heavy machine gun available in Valorant. What sets Odin apart from the other weapons available in the game, besides the highest purchase price and magazine capacity (100 rounds!), is that the weapon's rate of fire increases as you shoot. Odin needs to warm up to reach its full potential. Interestingly, a direct headshot will cause only 95 damage so you won't be able to eliminate your opponent with a single bullet, unlike Ares. If you aim at the body of an unarmored opponent, you will need to shoot at least 3 rounds (38 damage each). 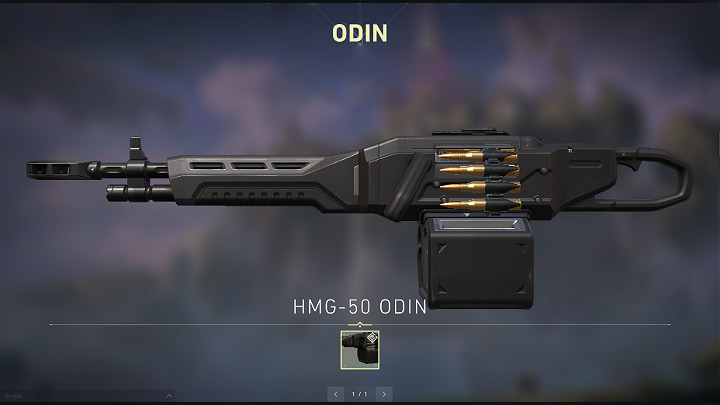 As with Ares, try to stay still when shooting Odin or crouch - then you will have the greatest control over the weapon. Odin also has an ADS mode, which further reduces the weapon's recoil, making the bullet spread much easier to control. 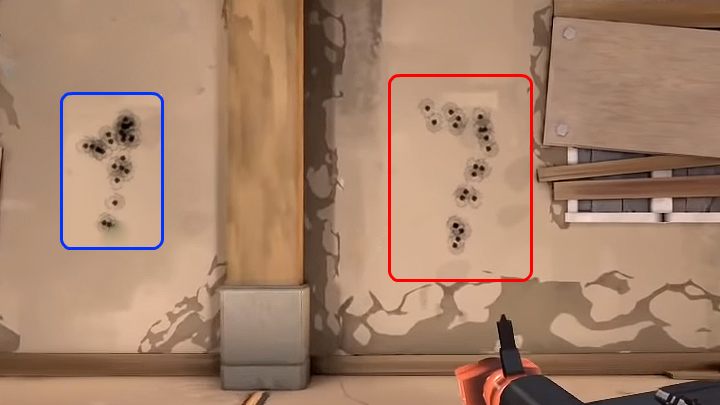 The image above shows an example of the Odin's spread, one of the weapons in Valorant. The test was conducted from a medium distance - the closer the target, the smaller the bullet spread. As you can see, the first 4 rounds are flying more or less near the target - you only need to move the mouse slightly downward to counter this movement. Later, the bullets start flying slightly to the right and up, and then turn sharply to the left (spread marked in red) - if more bullets were fired, the spread would look even worse than in the Ares'. You need to crouch to use this weapon effectively at medium range - the bullet spread will get reduced by two-fold (spread marked in blue). When firing a longer series, pull the weapon down slightly and gently to the right and left to hit the target.