On this page of the Valheim Hearth and Home game guide, you will learn how to ride the Lox.

Loxes could be tamed in the game since the very beginning. All you had to do was find an animal separated from the herd, fence it in, feed it barley or cloudberries, and wait a day or so. Until the Hearth and Home update, however, this provided no benefit. After the patch, you now have the ability to ride Loxes.

Next, you must put the saddle on the Lox. Upon doing this, the option to ride the pet will appear. 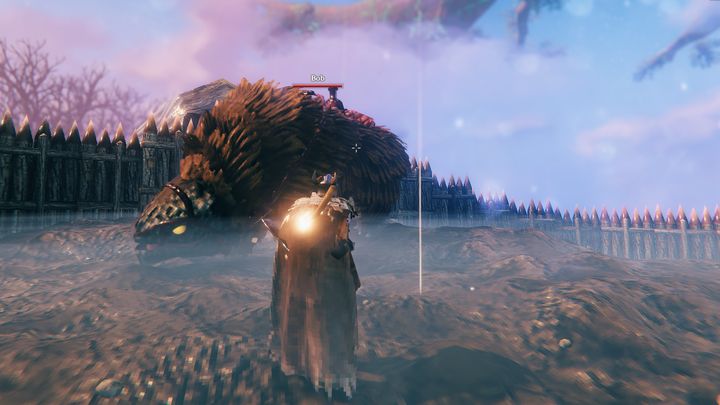 Loxes aren't among the fastest animals and their movement speed isn't much higher than yours. However, it's an extremely tough animal (it has 1000 HP), which gets scared in dangerous situations, causing it to attack your opponents. However, keep in mind that you won't be able to control a frightened animal.