On this page of the Valheim game guide, you will learn about the game's combat mechanics. You will find out how enemies can detect you and how to discover their weaknesses.

As you explore the game's world, you will come across many enemies. Their level of challenge depends largely on the biome you are in. The difficulty level is as follows:

Additionally, the entire structure of the world is constructed in such a way that things associated with a boss living in a particular biome are necessary for the next biome. This means that, e.g. if you go straight from the Black Forest to the Plains, you won't have any equipment that will help you to effectively defend yourself against local enemies.

Fights take place in real time. Each opponent has a specific field of view. If you find yourself in it, a yellow icon will appear above your opponent, indicating that they are listening. It means that the opponent is vigilant but has not detected you yet. If you start sneaking now, there is a chance that you will not be detected. 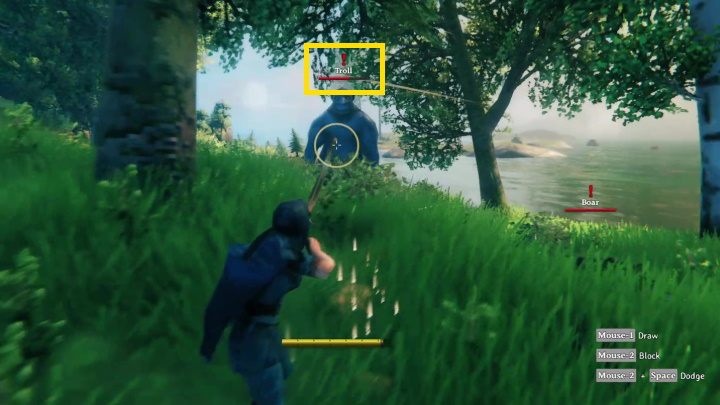 A red exclamation mark appearing above the opponent means that you have been detected – the opponent will move towards you. Adapt your tactics to the type of opponent. Each of them has its weaknesses and is vulnerable to a specific type of attack. You can learn this by paying attention to the color of the damage value – they come in three variations:

For example, Greydwarfs, Trolls, and Wolves are susceptible to fire damage, and Skeletons are vulnerable to blunt damage.

When you set out to a particular biome, you must be aware of the creatures that live there and have the right equipment. One of the most versatile weapons in the game is the bow. It allows you to deal ranged damage, and you can craft several different types of arrows which apply different effects to enemies.

Some weapons also have special attacks that can deal more damage and inflict additional statuses to enemies.

You must also remember that combat is not just based on attacks. You also need to defend yourself from enemy attacks. To do this, you must perform a dodge the moment you see your opponent preparing an attack. If you are hit or block an attack, a special indicator appears after the hit. When it fills up completely, your character will lose their balance. 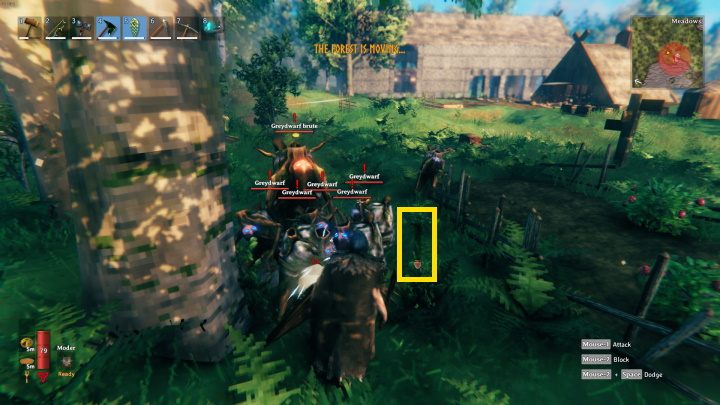 Alternatively, you can also carry a shield and use it to protect yourself from attacks. However, you have to keep in mind that after the Hearth & Home update, shields block hits more effectively, but they also make it harder for you to land an attack.

You can also use the environment during fights. Some enemies will not be able to overcome certain obstacles - skeletons will not jump on a fallen tree, you can use trees to shield yourself from enemy archers, and a wolf will get stuck under a ladder. 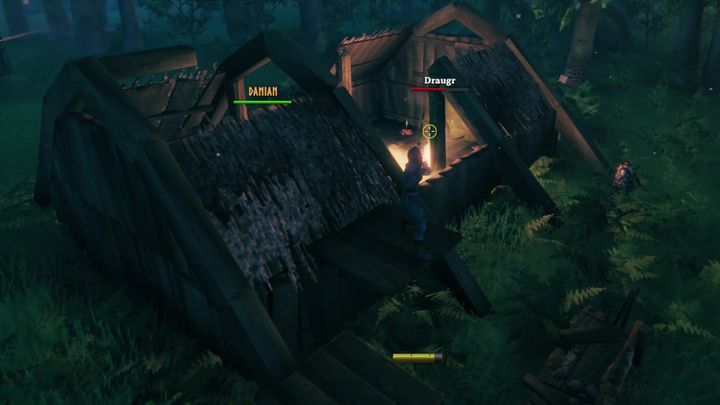