On this page of the Valheim guide, you will find information about the Swamp biome. You will learn more about the resources and enemies found here.

Swamps are a biome that you will likely encounter in the later stages of the game. This is because it may not be on the starting island – you will have to sail to another location. It is a very dark place, full of small bodies of water. Additionally, if the biome is adjacent to the Meadows, its inhabitants may move into that biome, increasing the danger of the theoretically safe zone.

Swamps don't offer many resources, but they are unique and necessary for technological progress. These are: 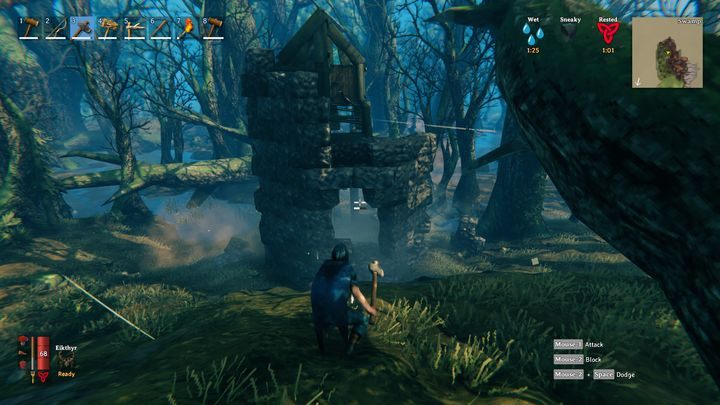 You will not encounter any animals in the Swamp. However, you will have the chance to face many aggressive creatures such as: