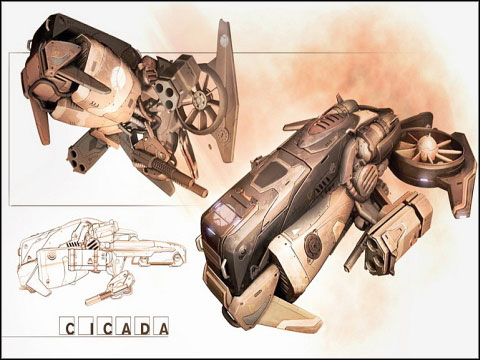 Cicada is air vehicle, which contain small missile launcher. In fact, she's powerful weapon against land crafts. Use your right mouse button to lock opponent, then load few missiles and destroy ground forces. Unfortunately, Cicada is damageable with AVRIL launcher. After two shots you have to leave your Cicada or burn with her in the air. 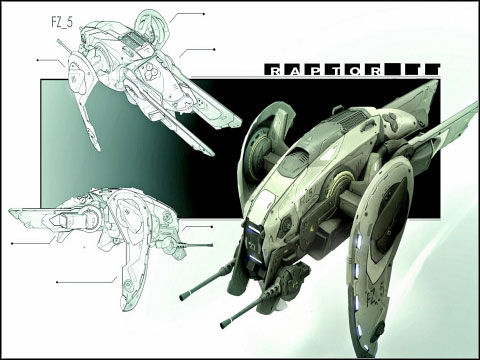 Next aircraft, but he's worse than Cicada. There's not so much difference between this and UT2004 version, so it's approachable. Power turret is weak weapon for infantry and tanks. In the other hand, fire-and-forget missiles are deadly for basic Necris vehicles. 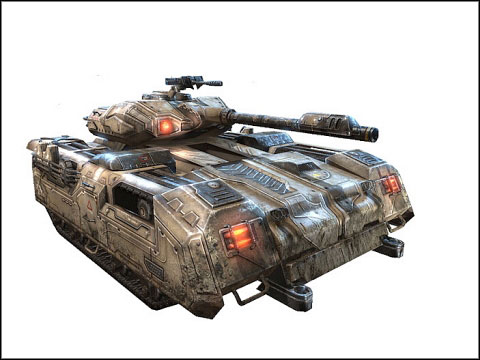 Mighty tank with great power. Basic turret is efficient against infantry near notes. Alongside driver there's a place for gunner (he operates machine gun). Big disadvantages of Goliath are speed and mobility. If we leave Goliath without Manta support, we destine him for easy death. 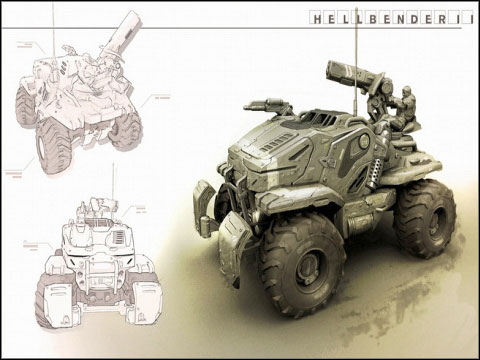 It's transport car, which looks like a Humvee. Basic weapon (for driver) is energetic turret, releasing small power spheres (like ASMD). You can create a combo-shot. Just flare up few spheres and shot to first. You'll see chain reaction and big blows for every sphere you released before. Solid armor guarantees long aliveness. 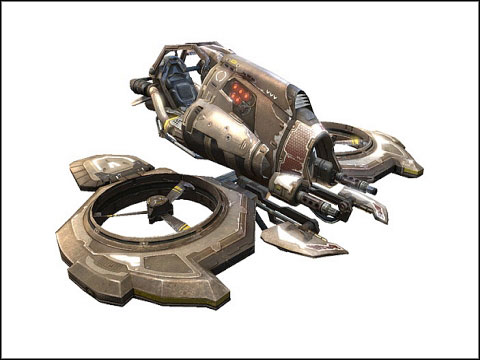 One of favorites vehicles in game. Very fast and reliable land craft, it is infantry nightmare. Thanks to windmills, you can stick just near the land, but also jump in few meters to avoid missiles. Manta has opportunity to do "pancakes" with opponents. Also it is great source of transport for more teammates. If they shoot red wisp, they'll tag along your Manta. Energetic turret is basic weapon against all Necris vehicles. 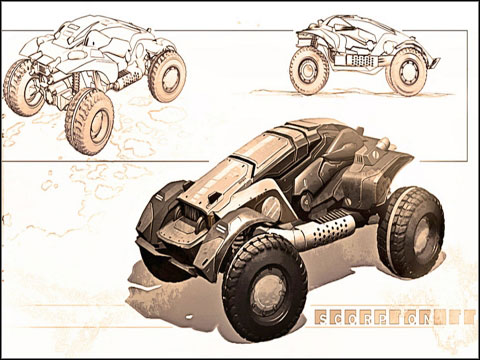 Quite fast unit for explore map. Built-in grenade launcher is great for infantry and other, small vehicles. Afterburner is useful if you think abort exit from hot areas. Furthermore, it's jihad-car, because if you leave car in full speed auto destruction will be activated. Crash ends with explosion. 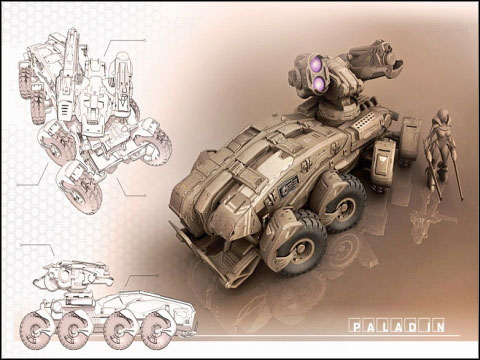 He looks like APC, but definitely it's defensive unit. Main weapon of Paladin is force field generator, which secures all units in several meters away. It's not a hardy one, so he's useless in intensive battles. Also he is not fast (like Goliath). 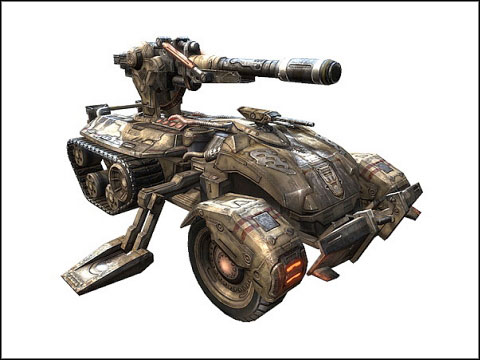 Very slow craft, but durable. On account of weapon, we use him far, far away from battleground. It's mobile artillery. Use left mouse button to release small satellite missile, than lock enemy on the ground and start shooting. Unfortunately, if he meets Viper or Scavanger, he's doomed. 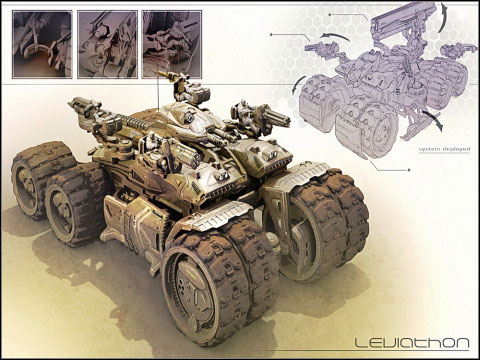 Huge and powerful weapon. 6000 HP, 4 single turrets, 1 big gun used by driver. He has only one disadvantage - speed. Despite of his size, his gun destroys everything in 50 meters from marked place. Extra force fields activated by side-shooters make him stronger. It show, how Leviathan is important, it's key to win.

This site is not associated with and/or endorsed by the Midway or Epic Games. All logos and images are copyrighted by their respective owners.