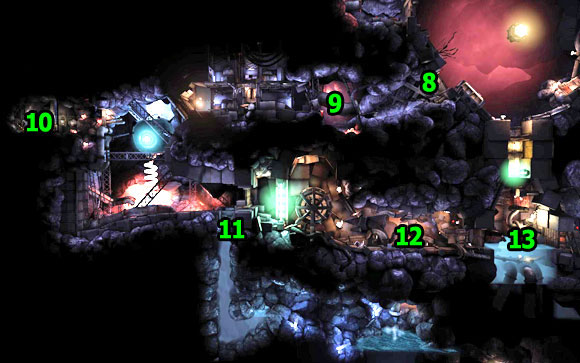 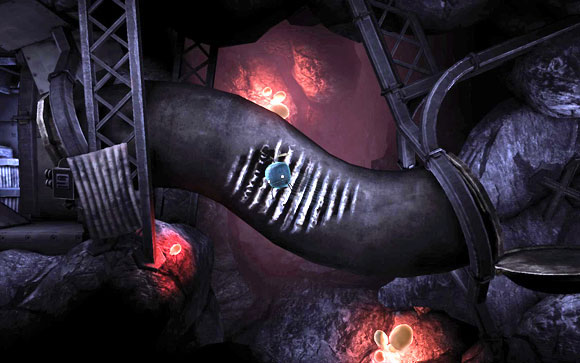 Another tunnel is already open [#8]. Fly inside, moving through the pipe [#9]. You'll reach a large room. 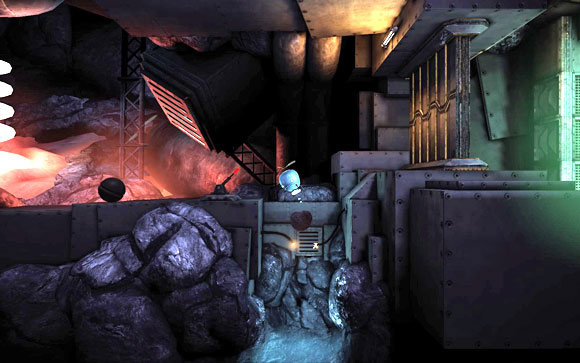 A lever which opens the next gate [#11] is unfortunately down due to a broken cable. In order to unlock the passage you have to raise the water level, allowing the flow of electric current through the cable. To do so, just throw nearby large stones into water. 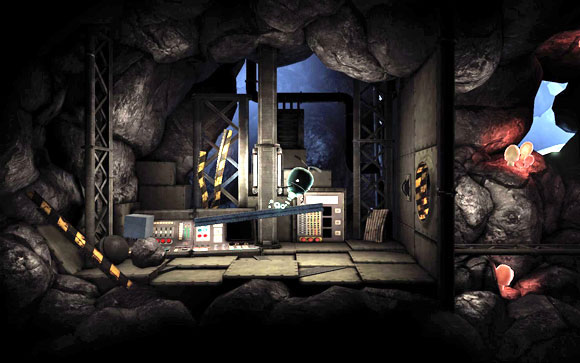 You'll notice that this is not enough - you have to find more objects. So move up heading to the small room [#10]. Inside you'll find some heavy objects. Take them all and throw them into water. 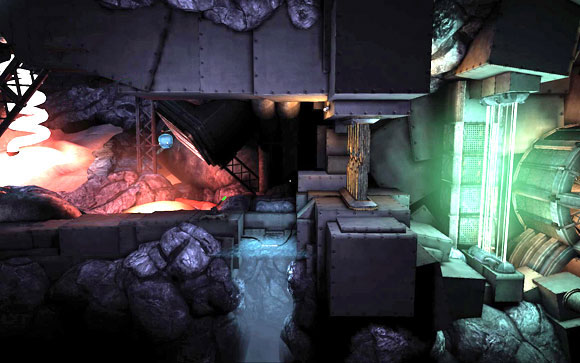 Once the water level rises, the gate will open and you'll be able to fly further. Unfortunately you can't take anything with you because you'll fly through the force field. 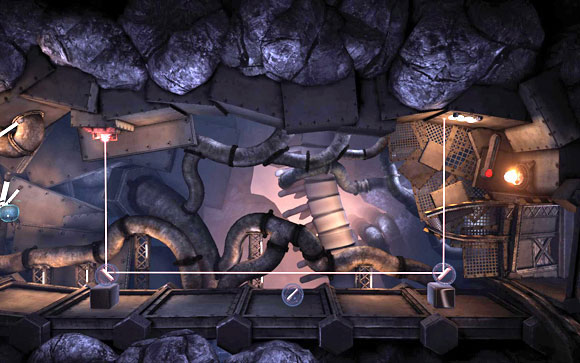 Bit further you'll encounter another puzzle with lasers and dodecahedron [#12] which has to be charged. On the above screen you can see a first part of the correct solution of this puzzle. Put the bricks on the laser's path and then place one of mirrors on it (the one which will direct the laser beam to the right). Then do the same thing right next to the dodecahedron, this time taking another mirror (since you have two same mirrors, it doesn't matter which one you select). 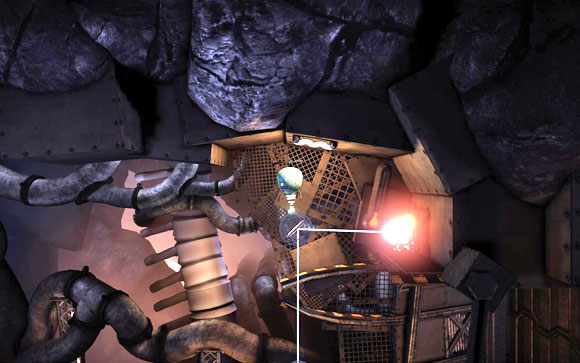 The second part of the task is more difficult. Take the remaining mirror and place it on the laser path, so the beam goes to the desired object. The difficulty is that the gravity will keep pulling you down so you have to ascend from time to time. 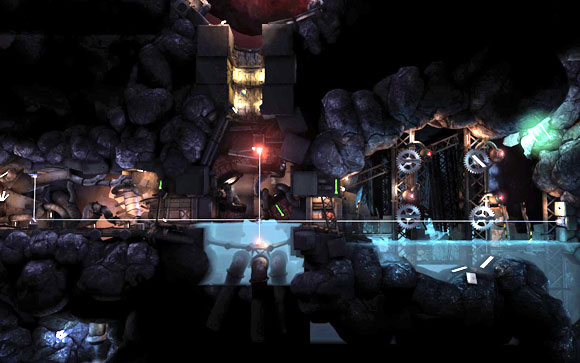 After you unlock the gate, it is time to solve the puzzle which you had to skip before [#13]. This task is about combining two laser beams in order to direct them to two independent dodecahedrons. A key role here is played by a bricks which will "carry" the mirror on the left. On the right you have to place the lower mirror, so the laser beam can go further to the left. The highlight of the puzzle is to set one of the mirrors in such a way that it reflects both laser beams as it is shown on the above screen. 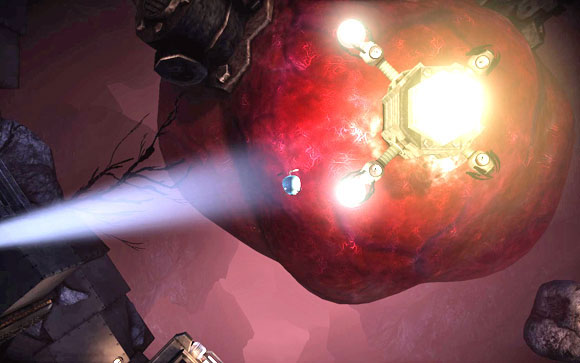 Thanks to that you'll unlock another shiny sphere, which has to be entered to the next gripper. In order to continue, you have to fly through the tunnel [#14] to Mines level (pull the piston to unlock the manhole). Later on you'll return to this level - chapter Pacemaker part 2. 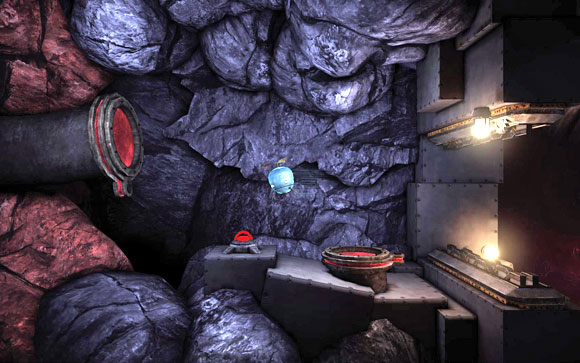