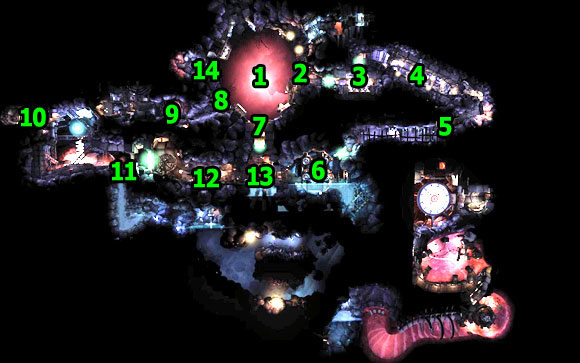 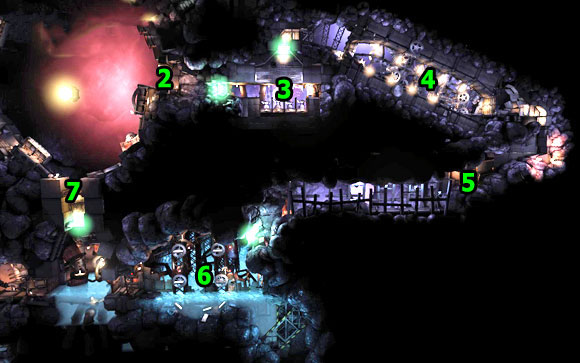 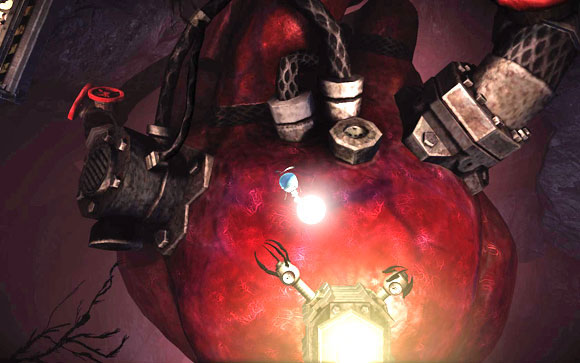 Before you go any further, do not forget to take the shiny sphere with you. Additionally it will light up a short way leading to the Pacemaker [#1]. Enter the sphere to the gripper, thus unlocking the first gate [#2]. 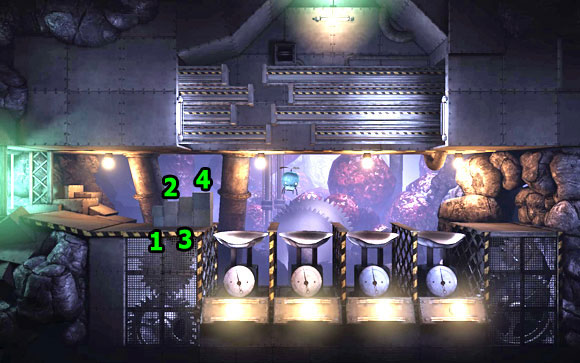 The first puzzle in this level [#3] is about appropriate order of weights in four scales. The corresponding blockades are marked on the above screen. Each time this puzzle is generated differently, so there is more than one possible solution. So you have to think carefully which weights go to which scales. In the example shown above you can drop the weight from the first scale and put some more on the second and the fourth scales. There are four sizes of blocks described on the above screen. 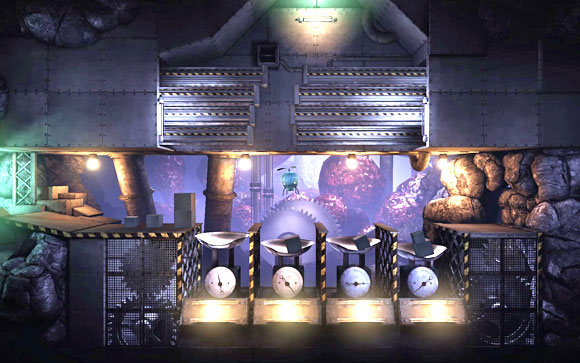 Once you set all weights correctly, fly further through the created gap. 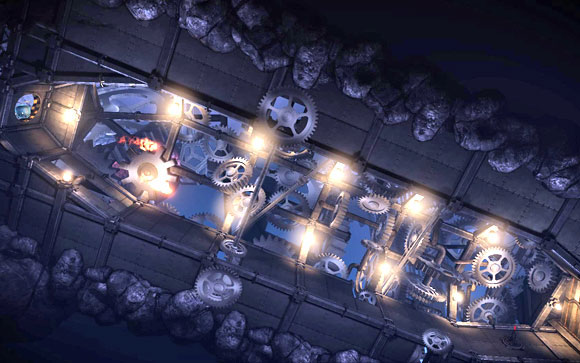 The next gate is closed [#4] and the lever which opens it is damaged. Next to the gate you'll find a rock. Use the tractor beam to pick it up and move it to the very beginning, throwing it under the revolving gearwheel. As a result the gearwheel will explode and will be torn out from the mechanism, ramming the gate. You can move further. 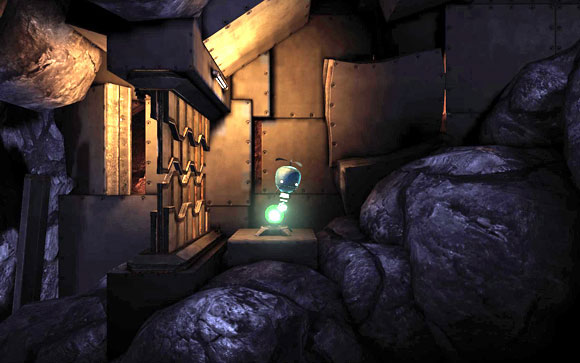 If any of gate pieces blocks you the way, just remove it. Then fly through a small gap. You'll reach next gate [#5]. In order to open it, you have to use the tractor beam on the red sphere. Just keep doing so until you hear that the gate blocks itself. You can stop using the beam now - the gate won't close again. 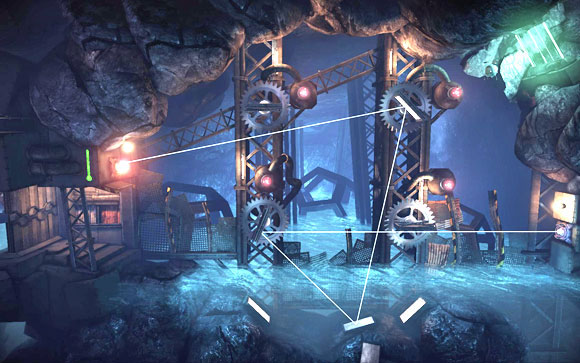 The next puzzle [#6] is about rearranging mirrors, so the laser beam hits dodecahedron under the gate. Once it charges, the gate will open. The correct solution can be found on the above screen - you have to arrange mirrors 2 and 3. 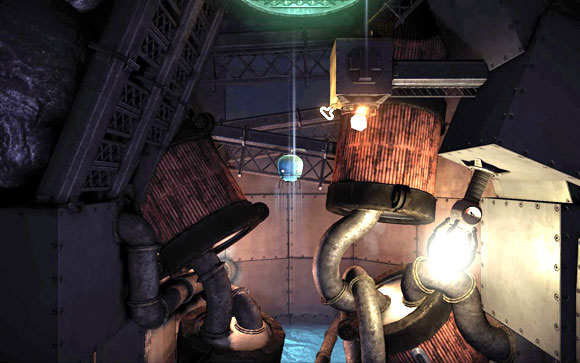 Move further. You'll encounter two more dodecahedrons and a shiny sphere, which you have to catch. Unfortunately you can't solve this puzzle now, so move further [#7].