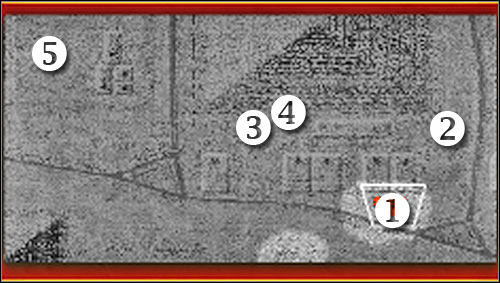 4 - area where you'll receive a Walker

Important! I'd strongly recommend that you take your time to familiarize yourself with a new alien race, especially with some new features of the game. It would be a good idea to open the Tutorials menu once again. This time you should click on Hierarchy Walker Hardpoints. Seeing this movie will allow you to understand some of the basics about commanding and upgrading your Walkers. It's very important, because you'll be allowed to command a lot of these units and you'll modify their modules anyway you want to.

Your primary objective for this introductionary mission will be to destroy three small bases of the Novus organization. You will be commanding a small squad of units, as well as one hero character. Additionally, you will receive an opportunity to test your first Walker. You'll use it to destroy the third Novus base.

The first mission of the Hierarchy campaign is going to be relatively simple, however you may be scared a little bit that you have to take out three different bases. Thankfully, your units are quite powerful and your main character can take out a lot of enemy units without any help. You'll also be given a chance to take control over a huge Walker. You'll start the game to the south of the first Novus base (2 on the map). Just as before, you should take your time to familiarize yourself with your units. Grunt soldiers are very similar to Ohm Robots and Blade Troopers. Your teammates should automatically attack the first group of Novus robots (screen). As for your main character, it's going to be Orlok. Take a closer look at his abilities, because they're extremely helpful. Nevertheless, you won't have to activate them right away. It would also be good idea to allow Orlok to take out some of the nearby enemy units, because he's the only one with healing capabilities. 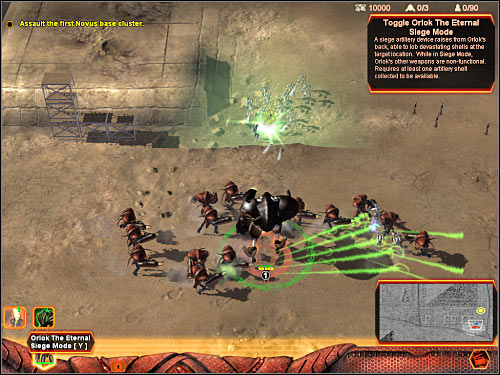 I wouldn't recommend making any unnecessary stops, because you would only have to deal with additional enemy troops. Instead, keep moving north. You will be dealing mostly with Novus robots, however you will also have to destroy several tanks. Use all of your units to take them out, not only Orlok. Reaching the first base is going to take you only a few seconds, because it's located near the starting area. You will have to find the central building of the base. It's going to be a Flow Generator. Your primary objective will be to destroy it. You could order your units to open fire, however it would be better to try out one of Orlok's abilities. Activate the Siege Mode and target the building. As a result, Orlok will use mortar rounds to destroy it (screen). 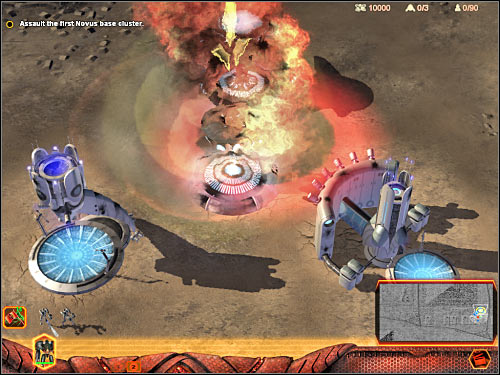 Once you've destroyed the Flow Generator, assault the base and take out all of the remaining buildings. I would recommend choosing only the Grunt units for this task. As for Orlok, he should try destroying a few tanks in the meantime. Destroying the first Novus base will allow you to find out the exact location of the second target. You should also consider testing one of Orlok's primary abilities. By engaging the Endure Mode you can make him more resistant to enemy fire. He'll also start healing rapidly. The down side is that he won't be able to use his primary weapon. Nevertheless, you should be using this ability each time he's been badly injured. 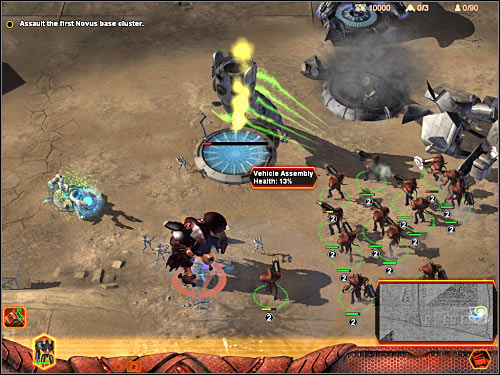