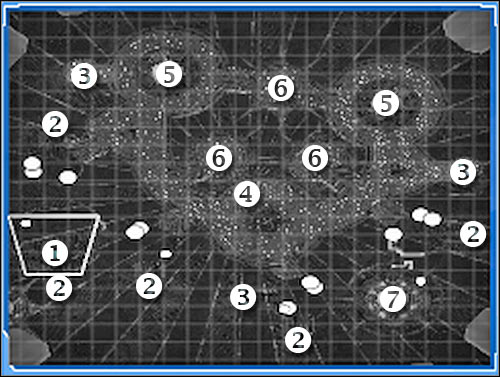 5 - areas being guarded by enemy Walkers

The first part of this mission will require you to get to a communications terminal which is located in the central area of the Hierarchy spaceship. After that, you will have to repair three different power cores. Performing these actions will allow you to leave the alien ship safely.

This isn't going to be a difficult mission, however you will have to watch out for your troops, because you won't have too many of them at your side. Thankfully, you will be allowed to use your Constructor units to repair them. The first part of the mission is extremely simple. Head on towards the nearest force field and destroy it (screen) by clicking on it. Doing this will allow you to rescue the first group of imprisoned units. Now you will have to go north. There's a larger enemy drone there. Destroy it. Use the missile strike if you don't want to spend too much of precious time here. Approach the second cage and destroy the barrier in order to rescue a second squad of allied units. 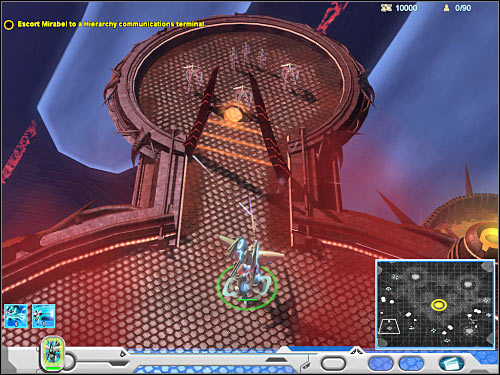 You may proceed to the east. This means you'll be moving towards the central area of the ship. You've got two choices here. If you want to add Constructor units to your army right now, you will have to go north. Be careful, though. This area is being guarded by an enemy Walker (5 on the map). You can't defeat it for obvious reasons. Instead, move to the west quickly and disable the force field. Constructor units were being held there. Go back to the Walker and attack it in order to distract its attention. Your Constructor units will have to move to the south quickly. Once this is done, move back your main character before Mirabel dies. If you don't want to risk engaging the Walker, proceed to the south-east without any other delays. 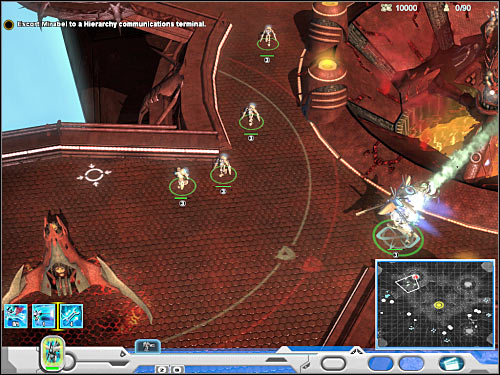 Start moving towards the communications terminal (4 on the map) which is your main objective at the moment. You will be allowed to turn south-west along the way in order to reach a new group of imprisoned allied units. You would have to destroy an enemy vehicle there and you would also have to disable a force field. Go back to the central area and approach the terminal. You must kill a single enemy unit here (screen). Allow Viktor to get closer to the terminal and you'll be rewarded with a cut-scene. 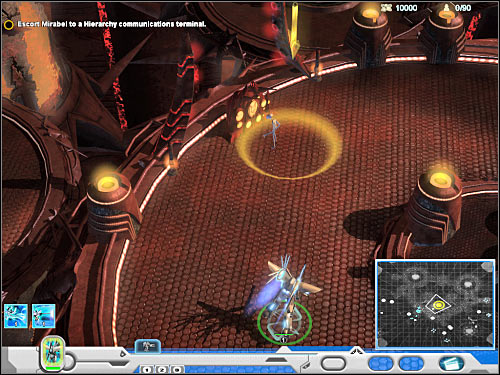