On this page of our trophy guide to Uncharted 2: Among Thieves we have prepared general information about the in-game trophies. You will learn, among other things, how to unlock the platinum trophy and how much time it takes to complete the game in 100%. Also, we have divided all trophies into a few main categories. 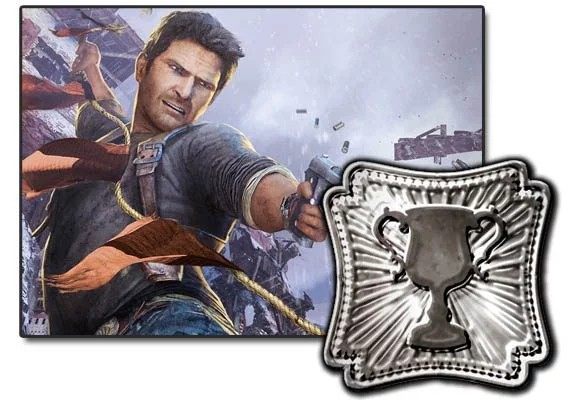 The PS4 version has over 10 brand new trophies that were not available in the original PlayStation 3 edition. These are related to the following aspects: speedruns, completing the campaign at a crushing level of difficulty or using the built-in cheat codes. Most of the new trophies are included in the additional set called Trophies of the extended collection. This means that they're fully optional and aren't required to earn the platinum trophy.

Our trophy guide has been divided into several sections. In each section we have described different types of trophies. We have divided the trophies to the following categories and types:

Please check the Full list of trophies - PS3 to find out more about the category of a particular trophy you are interested in.