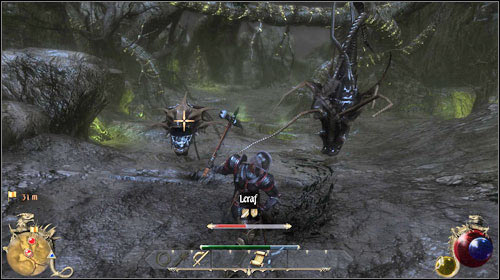 This mission will become available only after you complete [Exclusive Umbrellas].

After dealing with the mysterious, flying umbrellas, the market will run short of that exclusive product. The mission consists of finding the place inhabited by Leraphs - flying creatures from which the umbrellas had been made - and killing a couple of them. They live in the area of [The Swallows] (M26:36). Once you get rid of them, leave their bodies behind and the mysterious employer will collect the skins himself.

After completing the mission, return to Des Mon (M23:64) and collect you prize from the chest. 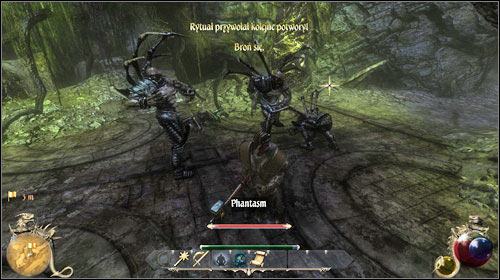 The mission found in ruined Ashos consists of finishing the ritual which has been once initiated by a young adept of magic. You will find the place nearby the ruins (M26:27). After you get there, you have to hunt down the creature necessary for the ritual. The Phantasm can b found a bit further (M26:28). Under no circumstances should you use force on him - the ritual will be disturbed then. The creature will kindly follow you to the place of the ritual (M26:29), where you will have to sacrifice him - kill him after you both get there. As he falls, three more Phantasms will appear. Defend yourself.