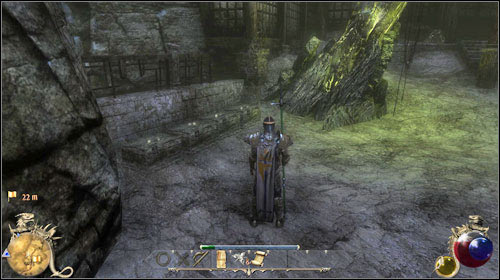 The mission consists of recovering the vase hidden in the chest at the Swallows. Head to the old building with a large courtyard [The Swallows] (M26:8). You will find a big amount of chests there - only one of them contains the vase. Each of the chests contains a small surprise - a monster will show up or your health will drop because of the poison. After finding the magic vase, head to the edge of the Swallows, where you will hide the vase below a pile of rocks (M26:9). 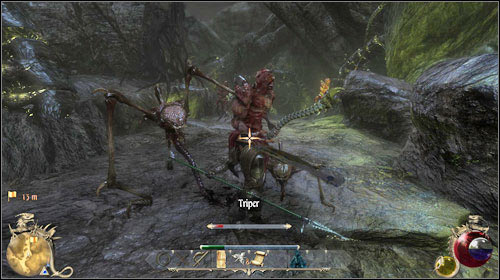 The mission consists of killing a few monsters, whose spines are needed by the mage to produce wands. The monsters can be found at [The Swallows] (M26:10) and are very specific, so you shouldn't have problems with identifying them. They aren't demanding enemies, but don't let more than one approach you at the same time. After killing them, leave their bodies on the ground - your employer will gather them himself. 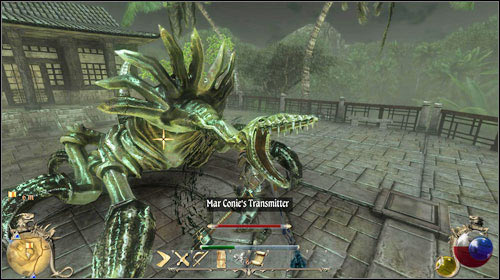 You will unlock [Evil Influence].

Mar Conie can be found in the east wing of the University, a cutscene will play during which Doctor Lor Fuy locks up a student. Picklock the door and talk with the student. He has created a transmitter in form of earrings, thanks to which other students were hearing Mar Conie's thoughts. He wanted to increase the power, so that more people could connect. He bought a special creature from the Scavengers, which works as a giant transmitter. The monster started creating problems and people are beginning to commit suicides. Quickly go to the abandoned house on the edge of town (M23:44). The basement, crawling with Necrises, will lead you onto the terrace, where you will find a giant monster -Mar Conie's Transmitter. The monster is tough, make sure you're resistant to poison. Edged weapons work the best here. After destroying the transmitter, return to Mar Conie (M23:30), who's outside of the University. In return you will receive Mar Conie earring.