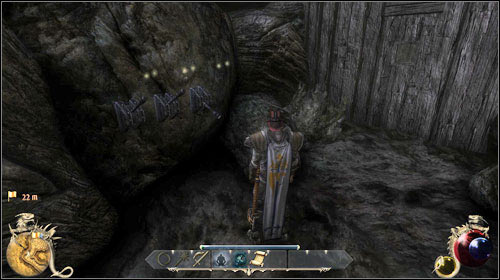 The mission found in ruined Ashos consists of clearing the Thieves' training hall of monsters. The entrance is west of the old University (M26:30). Inside you will have to face some rather easy puzzles. Once in the cave [Hidden Entrance], approach the first set of levers (M27:1) - they open both the first and second door. Switch them in the following order: 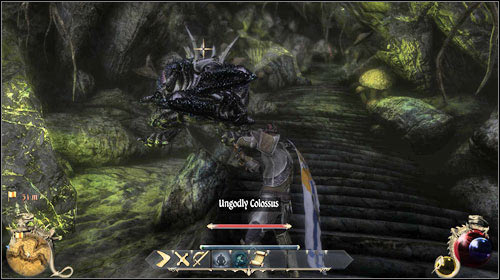 A bit further, while going down, you will come across another lever (M27:2) which will lower the water level inside the cave. The next problem are the locked door (M27:3) - picklock them. You will eventually reach the training hall (M27:4), swarming with Ungodly Colossuses - kill all the monsters.