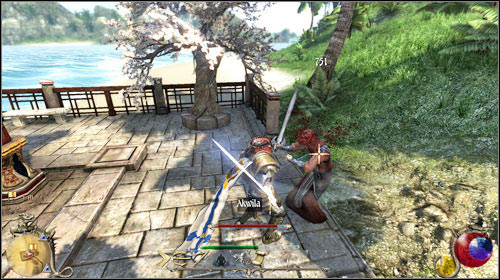 A very easy mission in which you have to kill a man called Aquila. Head towards his summerhouse (M32:11), which will be protected by his personal guards. Try to use two-handed weapons or area magic, so that you attack all of them at once. After eliminating the guards, it's time to get rid of Aquila himself (M32:12). The fight shouldn't cause you any problems if you've dealt with the guards. 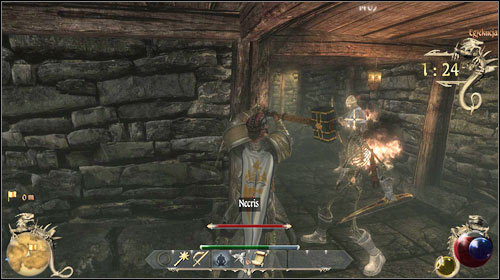 The mission consists of finding the mage, kidnapped from the University. The message from the kidnappers to the abducted man's wife can be found on the cemetery (M23:60). The demands aren't futile - 10 million auras for the mage's freedom. As you don't have such a sum, follow the trails to the abandoned basement at [The Swallows] (M26:31). Once you enter, a protective spell will be activated. You only have 2 minutes and 15 seconds to eliminate the executors before they kill the mage. Kill the Necrises opposite to the way down. Once you get rid of them, the next door will unlock. Eliminate all four groups to save the mage.