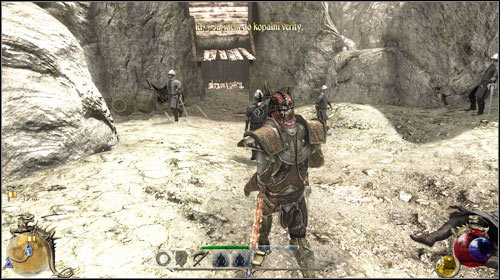 You will receive this mission after previously completing [Stolen Corpse] (irrespectively of the choice to kill/spare Ubai).

Depending on your choice in [Stolen Corpse] you will be sent either to Ubai or his wife - Windy Thara - but the place stays the same, which is a building east of Hatmandor (M20:36). After a short conversation explaining the details of the mission head to the mine, where you will talk with Jazid [Hatmandor Region] (M12:20). Persuade him into a conversation without witnesses and afterwards follow him to the verita mine [Imperial Verita Mine] (M17:1). 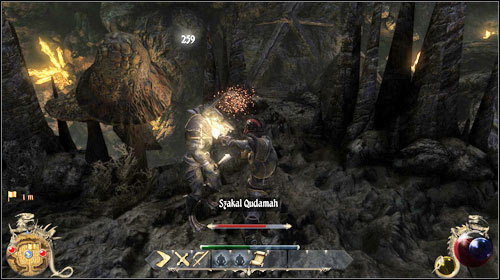 Once you bribe Jazid to refrain from giving the medicine to the miners, you will agree to kill a couple monster who've been killing miners on the lower levels - follow the man to the door (M17:2). After you go through, it will be closed behind you - you have to fight your way back. The mines are swarming with Varns - they're high in numbers is every corridor and cave. If you think you might not by up to it, go straight all the time (don't turn right) after getting to the second cave (the bigger one). You will meet Qudamah (M17:3), who has the rusted key to the further door (M17:4). He's a demanding enemy, but luckily you won't be attacked by anyone apart from him. 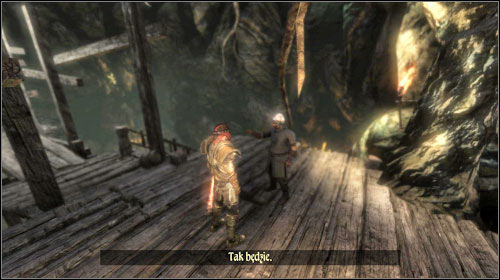 After going through the door, you won't have to face any more dangers. Run straight all the time until you meet Jazid. The man will get frightened - he thought you wouldn't make it and he'd send your body to the Merchants Guild. Return to the poacher [Hatmandor Region] (M20:36) and you will receive a considerable reward for your deeds.

You will unlock [Spider's Lair].