Received from: Bulletin board beside Bad Yl [Desert] (M20:31) 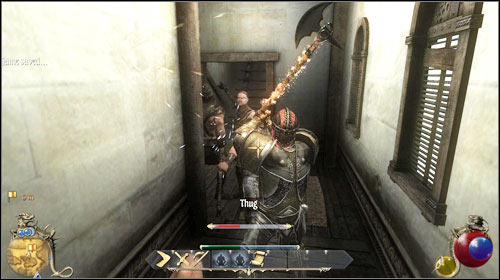 Your mission is to eliminate a group of fencers hiding in Hatmandor. Head to the first building (M20:32) - picklock the door (wait till there's no one around) or take out your weapon and try to destroy the lock. Go inside and kill both fencers.

Only the number of fencers will keep on increasing.

After completing the mission, return to Bad Yl (M20:31) and collect you prize from the chest. 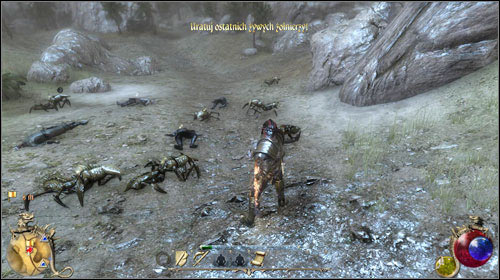 While on the marketplace (M20:28), you will overhear some merchants talking about a stolen corpse. Talk with Nur Udin sitting on the bench. The man doesn't know any details and will send you to the guards stationed by the hooks (M20:19). After getting there you will overhear a conversation yet again. Talk with the guard. You will learn that the commander has sent a patrol nearby the Mages Guild - go to the next destination and you will learn more. You will find colonel Ishaq lying on the ground [Hatmandor Region] (M12:19). Get rid of the enormous ants and then talk with him - you will only hear about a trap. 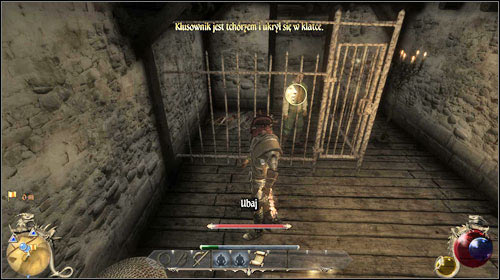 Go inside the house beside - open the door with a picklock. Go to the basement and you will see wild animals being held in cages. In the distance you will see a man who's running away from you - he has also locked the door and let the animals out. Fight the animals and locate the lever. It will be guarded by a Mammoth Spider, remember to take an antidote. It's a very demanding enemy, you can try to stand by the entrance and attack it from a distance. Pull the lever and head to capture Ubai, the poacher. This time he will lock himself inside a cage. Use a picklock and open it.

You can also complete [Eviscerating Creatures] while you're at it.

Afterwards you can head to the guards by the hooks (M20:19), tell them the good news and receive some additional auras.

You can kill Ubai. Return to the Merchants Guild [Desert] (M20:30) and talk with Nur Udin.

You will unlock [Nutritious Diet].

You can spare Ubai. This way you will receive more experience points. Return to the Merchants Guild [Desert] (M20:30) and talk with Nur Udin. Present him the offer of cooperating with Ubai.

You will unlock [Nutritious Diet].

Received from: after obtaining whichever part of Animals Encyclopaedia in the basement [Hatmandor Region] (M12:19) 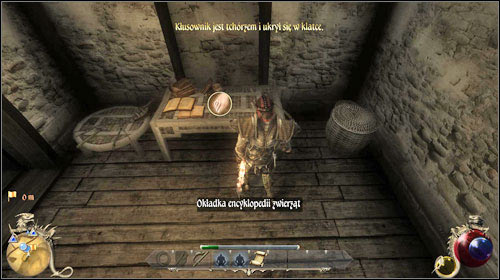 You can complete this mission while completing [Stolen Corpse].

You have to find three parts of the Animal Encyclopaedia in the basement. the first is inside the locker, the second is on the desk beside the cage in which the poacher had hidden and the third is in Ubai's possession - you'll receive it irrespectively of the fact if you kill him (search the body) or not (he'll give it to you as thanks) during [Stolen Corpse]. The mission will end after you read the complete Animal Encyclopaedia. You will receive a skill point.