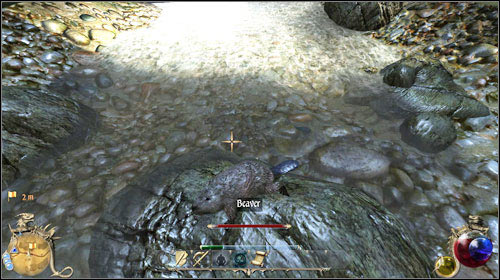 At first the mission might seem trivial, but it's really not. Go outside town, to the stream (M23:49) and eliminate the first group of beaver. Do the same with the second group (M23:50). The faster way to deal with them is using a bow or magic. 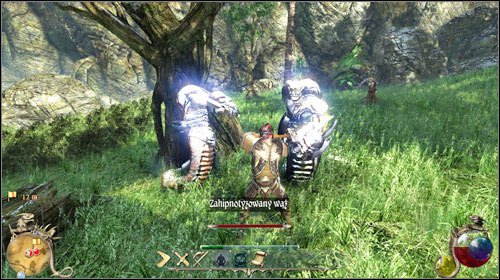 Finally, there's the Piper himself (M23:51). Three enormous Hypnotized Snakes, which you have to eliminate in the first place, are guarding him. They're incredibly resistant, so you may have problems with eliminating them. If you're not feeling up to the task, resume the mission later on. The Piper himself is not a demanding enemy. 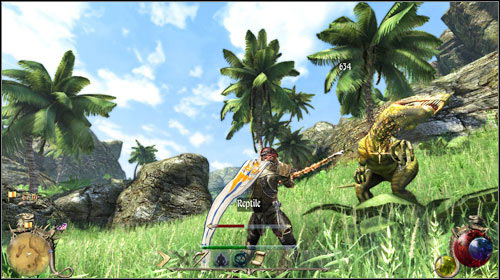 Another clearing mission, this time of an isolated island. Head to the underground passage [New Ashos Region] (M32:1), through which you can get onto the island [Forgotten Passage] (M33:1). Inside the cave, you will be attacked by spiders. Meanwhile the Reptiles are spread throughout the whole island (M32:2). There's not too many of them, but try to avoid fighting with a bigger group.