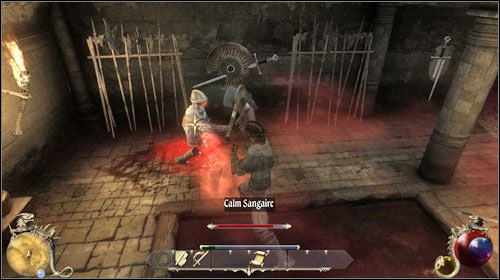 This mission will be available only after you get recommended to the Master by one of the actual guild members, that is after you finish [Interrupted Burial].

The leader will direct you to the blacksmith. He will ask you to test a new weapon, infused with the verity crystal, giving the wielder magic resistance. Accept the weapon Sulaiman's Hope and equip it - you have to take out the axe to continue the conversation with the blacksmith. He will send you to the Memory Hall in the basement of the building to fight a strange creature - the axe is supposed to protect you from its magic. A bloody creature will appear and summon body-less armours armed with swords. Eliminate two waves of enemies and return to the Guild Master to inform him about the strange monster. Talk with the blacksmith, who will let you keep the axe.

You will unlock [Hunt]. 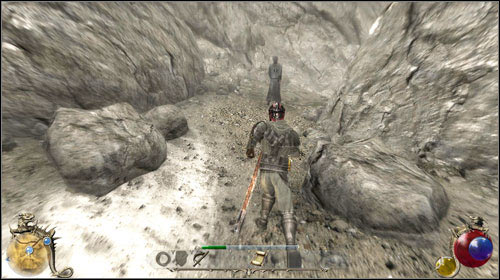 The first serious mission you receive from the Warriors Guild, after finishing [Bound of Blood].

Head to meet Azhar again. He should still be in the city. Right after leaving the Guild building, you will meet his father - Bahir, who will tell you that Azhar is feeling worse and worse. Head to the man's house (M20:23), you will find him lying on the bed. After refusing to kill him, return to Madi (M20:18), who will agree to bring the sick Azhar to the building to extract the evil spirit responsible for the curse. He can be found right in front of the Guild and after a short conversation you will both enter the building.

Talk with Azhar before beginning the next mission and you will receive a tooth - it will allow you to complete [Rotting Skeleton].

You will unlock [Coursed Blood].