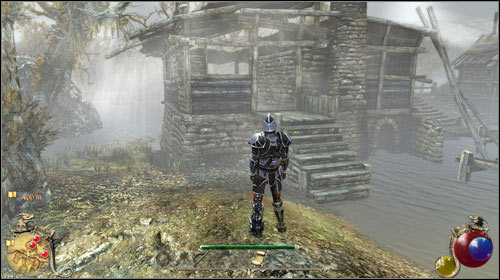 You can begin this mission only after the priest gives you [Witch Hunt] and you decide to not kill the witch, or just not go to the designates spot.

A certain woman called Samara will ask a small favour of you - finding a necklace, which has been taken by her husband when he ran to the neighbouring village. Tir Caillte is located quite far away (M37:15) and the path is filled with zombies and other creatures. Go up the stairs leading to the abandoned house and take the Widow's Necklace from the chest. Return to Samara (M37:13) and give her the item. The woman will ask you not to talk about this with anyone, especially not with Feskel. 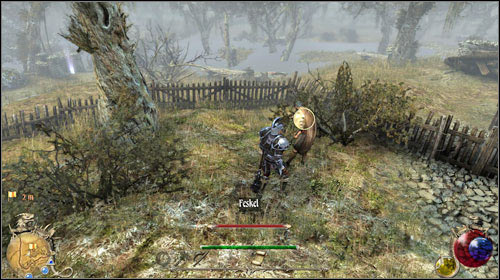 Of course go to the man (M37:14) and talk about the necklace with him. You will learn that it's cursed and has to be destroyed as fast as possible. You have to rob the poor widow by breaking into her house (M37:13) and searching the chest by the bed. Return to Feskel and volunteer to destroy the necklace. The blacksmith's furnace may come in handy, as the necklace may melt in high temperature. Culainn can be found nearby and he will agree to help. Head to Feskel for the last time. 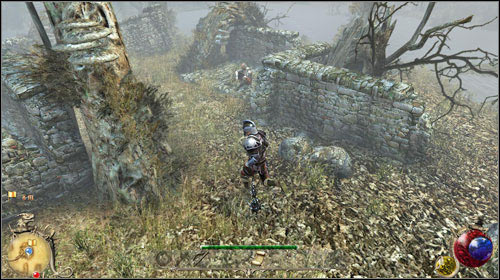 You can begin this mission only after the priest gives you [Witch Hunt] and you decide to not kill the witch and after completing [Widow's Necklace] (talk with Feskal again).

Shortly after completing the necklace mission, talk with Feskel again - you will learn that the blacksmith didn't destroy the necklace and now he probably wants to use it to find his dead daughter. Culainn can be found sitting at the swamps nearby (M37:16), delirious. Talk with him.

One of the choices is to kill the blacksmith. Once you're done with him, return to Feskel (M37:14) and talk with him about what happened. 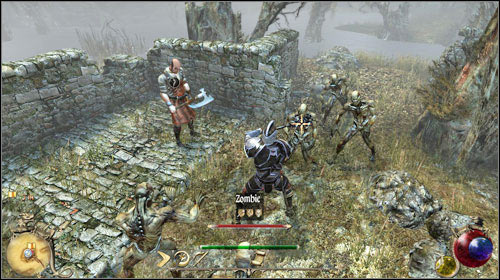 If you choose to spare his life, a few zombies will appear. Fight them off and talk with Culainn again - he will ask you to take him back to the village.

If you decide not to waste time on escorting the blacksmith to the village, run to Feskel - he will give you some auras.

In case you do escort the blacksmith, apart from a prize from Feskel, you will also receive a small gift from Culainn himself.