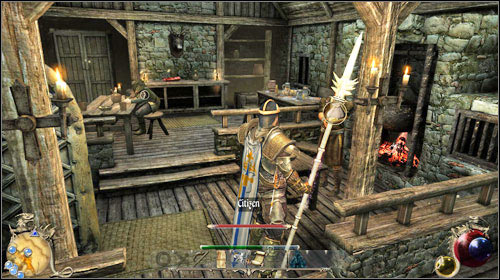 You will receive the mission automatically after brining the amulet to the priest in [The Priest and the Amulet].

Nearby the temple you will find an inn (M37:2) and inside a chest. Take out The Chronicle and The Chronicle - Vol. II. Read the first volume.

You will unlock [Long-Lost Gold].

Afterwards read the second volume to learn more about the village life.

Received from: after reading the first volume of The Chronicle 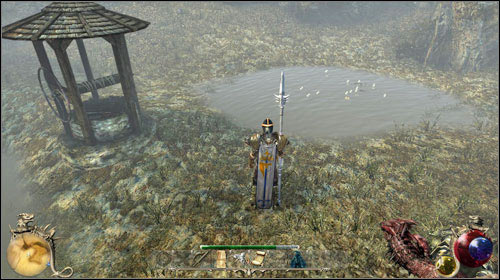 From the chronicle, you will learn about a thief who once pretended to be the mayor and robbed the village. Additionally it's said that he has hidden the loot far in the south-west (M37:9). You have to cross the whole marshes, so you'll need to fight some undeads and other monsters. Once you get there, you will find quite a lot of coins scattered in the pound by the well.