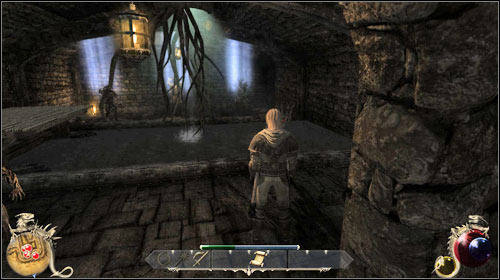 You will receive this task only if you've completed [Smuggler's passage], talked with Tobias and killed Scythe in [Old wounds].

Once you kill Scythe and head to the sewers exit, you will be waylaid by Tobias (M21:13), who will want to repay you for your previous actions and stealing the auras. He will show you the location of the Desecrated Shrine [Hatmandor Region] (M12:28), full of monsters and treasures. After getting there, examine the whole shrine [Desecrated Shrine] (M14:1). The caves here are full of Dead Knights (M14:2).

Received from: automatically, once you visit [Imperial Verita Mine] (M17:6) for the second time 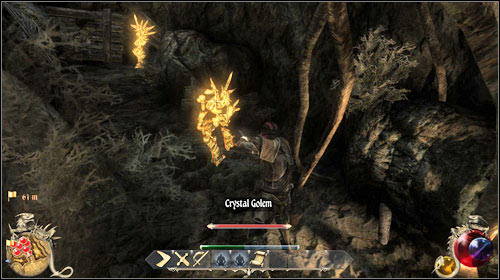 Once you enter the mine, the mission will begin. Go to the lower level, to the suspected place (M17:6). When only you open the door, you will find the source of the noise - Crystal Golems. You will find yourself on the lower level of the caves [Imperial Verita Mine - lower level]. They're very powerful and high in numbers. If you're not at a high level and don't deal much damage, it'd be wise to postpone the mission to later. Above all don't run too much, so no more than one golem wakes up at once. You have to clear the whole mine (M17:7). The mission will end as you kill the last golem. 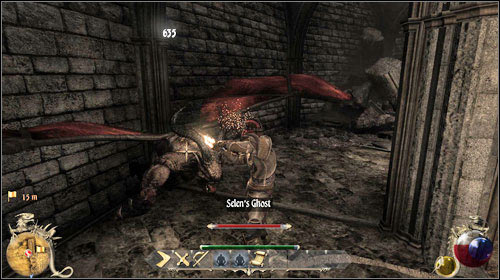 You will receive this task only if you've killed Selen during [Drought].

In the inn you will meet Isidor Jules III, whose employer is looking for people like you. Head to the basement [Hatmandor Sewers] (M20:27), on your way you will come across a Varn encampment. Once inside, you will once again meet Isidor, who'll accompany you to the mysterious employer. He will turn out to be dead Selen (M21:4). The meeting is a trap and after a short conversation, both characters will turn to flying monsters. They're vulnerable to fire and poison - kill the monsters to end the mission.