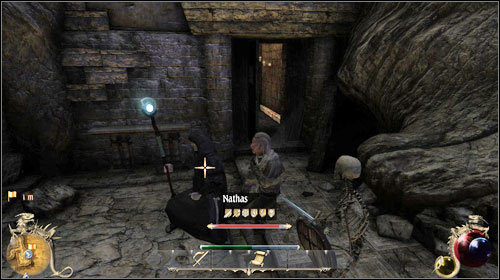 Ghortarius is haunted by nightmares. He's standing up during the night and going to the old stone bridge. Rogdor will ask you to take a closer look at this case and find out what's haunting the orc. Before you get to the bridge, you will meet Arghud (M1:12) - follow him to find out what god does he worship. After entering the cave (M1:13), the entrance will be sealed behind you. The cave itself [Alsorna - basement - Arghud's Cave] isn't complicated, but crawling with Necrises and Dead Knights. Get to the end (M2:12) where you will meet Nathas. As a mage, he's resistant to each type of magic. Once you get rid of him and exit the cave, you will come across Arghud - deal with him as well. Ghortarius' problems have been solved, return to Rogdor [Alsorna - basement - Inside Alsorna] (M2:9) and tell him about everything. 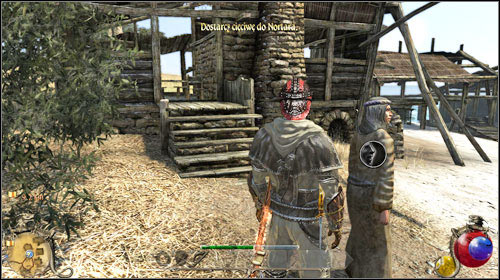 Your first task is localizing Mongar [Savannah - south-west part] (M8:1), who has a certain item belonging to Nortar. Once there, you will only find the man's wife. You will also learn that he has been killed by a man wearing a black robe a few days ago. You will also receive the bowstring, for which Nortar has been looking. Return to him [Alsorna - basement - Inside Alsorna] (M2:8). 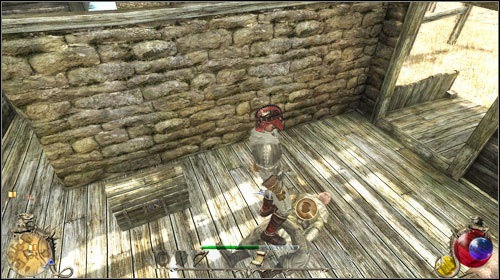 Once Nortar learns about the man in black, he will send you to another person, who might be in danger. Head to find Defor [Savannah - south-east part] (M11:4). You will find him lying on the ground - it seems you're late once again. Take Defor's quiver and bring it to Nortar [Alsorna - basement - Inside Alsorna] (M2:8). 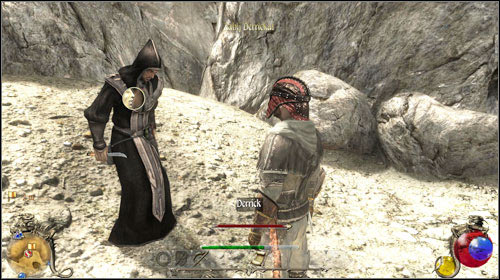 You will be once more sent to the savannah, to warn the orc - another of Nortar's friends. Head to the marked spot, where you will meet a mysterious man in a black robe - Derrick [Hatmandor Region] (M12:13). You will have to fight this powerful mage. If you have melee combat developed, it will be the best way to fight him. Return to Nortar [Alsorna - basement - Inside Alsorna] (M2:8) and report that you have taken care of the assassin.

You will unlock [Nortar's bow].